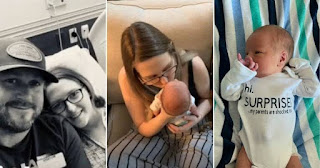 – A woman, Cindy, gave birth over Mothers’ Day weekend despite not knowing she was pregnant

– She revealed she experienced cramps and decided to take a bath – While in the bathtub, Cindy gave birth to a beautiful baby boy and her boyfriend could not believe it

A woman, Cindy, and her boyfriend, Chris, were shocked to become parents over the Mothers’ Day weekend.

Neither of them had any idea that Cindy was pregnant, according to ABC13. Cindy had only gained 4.5kg over her entire pregnancy and she still got her period every month.

Cindy revealed she also felt no movement or any other pregnancy-related symptoms. Even on the day she gave birth, Cindy only experienced some cramping and had no idea she had gone into labour. She said: 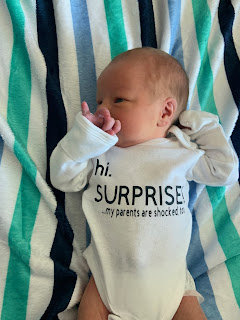 At first, her boyfriend, Chris, could not believe the news. He was visiting family at the time and Cindy had to Facetime him while she was with the doctors.

That’s when Chris knew she was not joking about their surprise baby. Reporter Mayra Moreno shared the story online.

She posted a snap of the little miracle baby and wrote: “Just interviewed a woman who had no idea she was pregnant and gave birth over #MothersDay weekend.” Take a look at her post below: 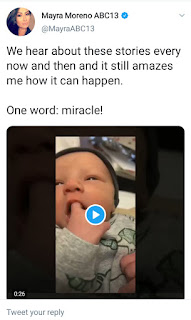 The Best Marriage Advice I Ever Received Was to Stand on a Chair—22 Yrs Later, Here’s Why I Haven’t Stopped
2022-05-14 0 Comments
By Alicia Bruxvoort “Celebrate always, pray constantly, and give thanks to God no matter what circumstances you find yourself in....