One of the most significant social stereotypes that needs to be challenged is that little boys are in some way stronger and tougher than little girls.

We need to also challenge the stereotype that says that little boys need to start practising how to be tough and how to freeze their emotions early in life in order to become a ‘real’ man.

Recently, I was in an early childhood centre where I witnessed an educator shaming a little boy who was crying after he had hurt himself. In frustration, she finally said to him: “Go and stand in the corner until you stop sniffling”.

Needless to say, it’s lucky I’m an emotionally mature woman because my first instinct was to shout at her. Can you imagine the educator speaking like that to a little girl?

Research has shown that parents treat their boys and girls differently right from infancy.

For example, infant boys are touched more frequently and handled more roughly before the age of three months. Physical punishment is applied more significantly for boys than girls in many Western countries. People have also been found to label children’s emotions differently based on the child’s gender — seeing anger in an expression when they think the baby is a boy and fear when they think the baby is a girl.

One teacher shared with me a story about a Grade One teacher, who obviously believed that boys were stronger than girls. Apparently, on very hot days she was known to tell the boys to stand like tin soldiers in the sun while the girls went inside to the cool, air-conditioned classroom. I think possibly this teacher may also have had a psychological issue around boys and men that needed some therapy to resolve!

So, my first take-home message here is that we need to take much better care of our little boys — emotionally, psychologically, physically and socially. We need to stop shouting at them, hitting them, shaming them, speaking harshly to them and simply being mean.

The stereotypical belief that the only way to get boys to do the right thing is by hurting them or being hard on them needs to be challenged every day because it is so deeply embedded into the psychology of our society.

The scars this creates in early childhood fester deep inside like a cancer and are often the source of future irrational rage and aggression. This doesn’t mean we don’t discipline our boys or make them accountable for their choices. It means we need to consciously choose the same warm discipline that we tend to use around girls. Simple. 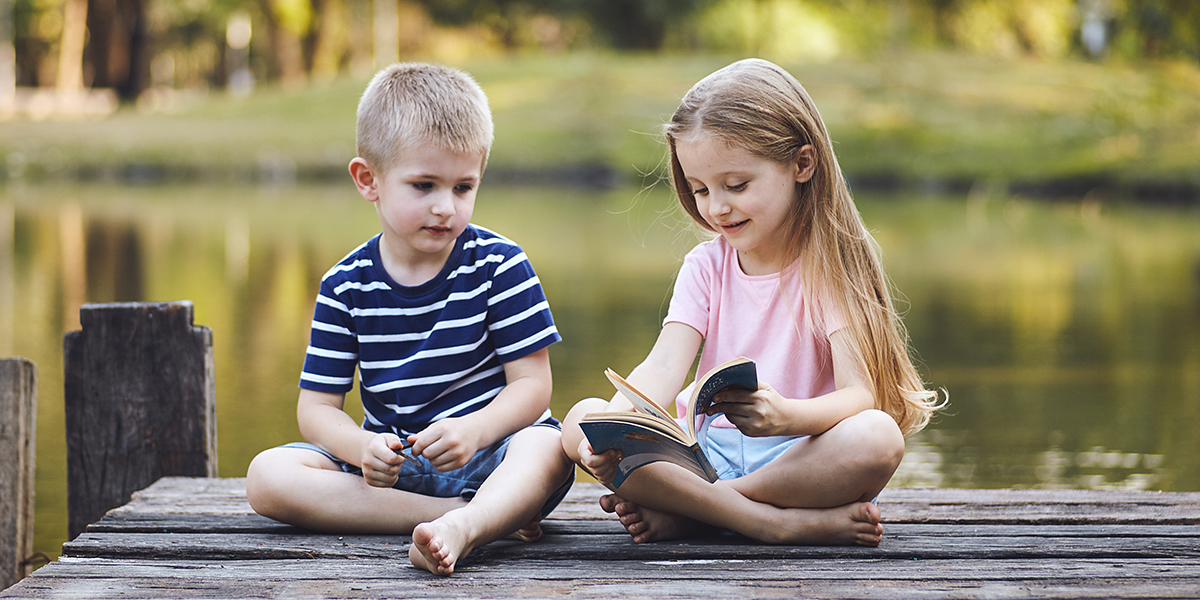 So how come boys are not tough?

Male vulnerability in terms of health and wellbeing has been well-researched. This research continues to bring forward evidence that little girls develop faster and more thoroughly than little boys from conception.

Even before I became a mother of my four awesome sons, I spent a childhood with my little brother who was much gentler and often less brave than me. Maybe this helped me to realise that boys are not inherently tough, even though they have a larger amount of muscle than girls. Physical strength is one thing but mental and emotional strength that can impact cognitive abilities and linguistic capacities is something else.

The sensitive nature of boys is something that I had intuitively worked out well before research confirmed it.

Twenty-five years ago, Steve Biddulph wrote his first book about boys called Raising Boys and, by then, my eldest son was on the journey to manhood, but I still found Biddulph’s work to be the best parenting book I’d read (actually, I have to admit, it was also the only one at that stage).

We all come from the same genetic blueprint but a combination of factors including a key protein play a part in determining whether embryos become female, male or in rare cases intersex. Hormones are part of the story and for males, testosterone is key. A 2017 review of empirical research from highly regarded neuropsychologist Alan Schore suggests that the marinade of testosterone in utero seems to slow down the growth and development of the male baby’s brain.

On top of the influence of hormones and social experience, Schore presents evidence that something else is happening in our baby boys’ development. His groundbreaking work has shown that the delay in brain maturation makes boys more vulnerable in the long run to social stress (attachment trauma) and physical stress via endocrine disruptors or toxins in the environment. He goes on to say this “negatively impacts” their right brain development.

Basically, this impacts our boys’ social and emotional functioning, and their capacity to cope with stress.

The first thousand days from conception to the age of two are an incredibly important window and we need to nurture all babies and care for them as lovingly and calmly as possible. For our boys, though, it seems they are even more fragile, especially when it comes to attachment and bondedness — which influence our primary driver in life, human connectedness.

Belonging is another way of explaining attachment, which is the relationship between a key adult and a child, and then their wider community. Babies, toddlers and children need to have ‘big people’ they can trust to nurture and care for them. These people help guide and teach them all that they will need to know in life so they can become independent, capable adults who will hopefully in many cases find mates, breed and ensure the survival of the species.

Primary attachments are the big people of central importance to a child’s life — typically parents or close family members or caregivers. It is helpful for parents of babies and toddlers to have a circle of caring adults who can share in the raising of children. This allows for support, guidance and respite, which helps every parent, especially tired mummies, cope with this intensive time of life.

For children who are in long-day child care, the early years’ educators who form a loving, caring connection to them are technically a source of primary attachment, often called secondary attachment figures.

The Center on the Developing Child at Harvard University explains the concept of ‘serve and return’ interaction between a child and their significant adults, where children reach out for interaction and, when adults respond, it assists essential brain wiring to occur. The Center also has an excellent video called ‘The Science of Neglect’ which shows how detrimental it can be for young children when this interaction doesn’t take place.

Attachment is the ‘super glue’ that holds a child in close proximity to a parent/caregiver.

A child is meant to pursue proximity, which means being close to their big person so that they feel safe and are safe. Attachment is as important to healthy child development as eating or sleeping. Indeed, in much of the most recent research, strong attachment and bondedness can be shown to be the most significant influence on emotional wellbeing, mental health and physical health for life and so if our little boys have a tendency to be more prone to the damaging effects of poor attachment, then this needs to be the number one focus of all mums of new baby boys. 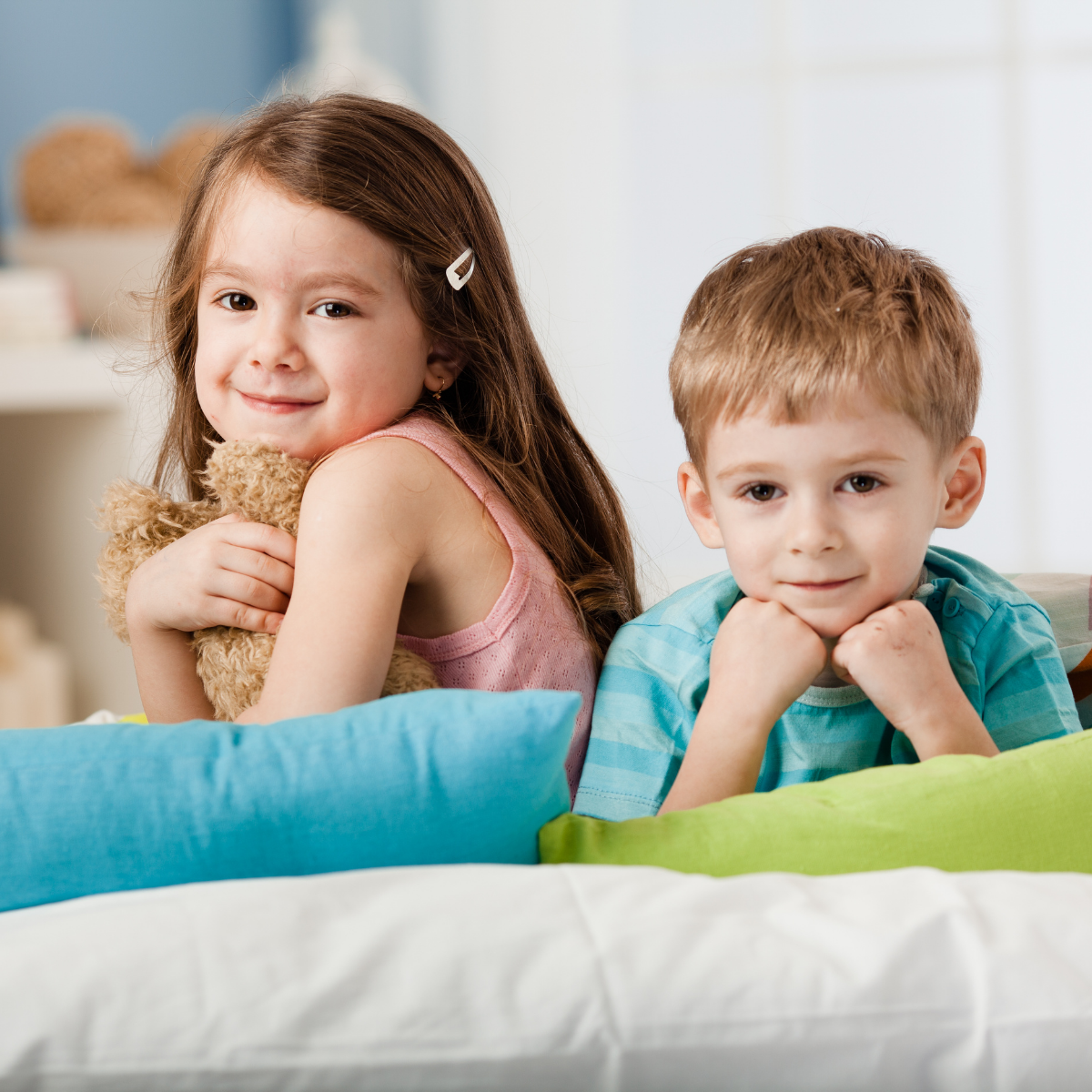 Maybe this needs to be spoken of in the prenatal classes given that we know the long-term negative consequences of this in our sons’ lives.

Schore’s review of interdisciplinary research supports the major premise that Biddulph made 25 years ago, where he wrote that he believed our young boys were more prone to separation distress and anxiety, and that they could become emotionally shut down as a result of feeling abandoned. This is also supported by research that shows that male adolescent violence is now strongly linked to neglect in early childhood, particularly a lack of physical and emotional nurturing (and, indeed, a lack of play).

The Longitudinal Study of Australian Children also shows clearly there is a gender bias in how well our boys transition into the early years. Much of that has to do with the delays in communication, especially verbal competence, vocabulary and capacity to understand verbal instructions. Delays in learning to read are very real for many boys.

In fact, research from Perth’s Telethon Institute for Child Health Research has demonstrated that boys with high levels of testosterone in their umbilical cord blood were between two and three times more likely to experience language delay.

Struggling with feeling misunderstood and being unable to connect with others, particularly their carers and teachers, needs to be considered when addressing poor behaviour in little boys.

As I’ve discussed, research suggests that generally, boys’ brain development lags behind that of girls. Surely, this is why sometimes little boys who spend hours in the sandpit making strange grunting and engine-like sounds are possibly doing exactly what they need to be doing — rather than being forced to sit for long periods of time on a mat practising phonics in isolation. This is the reality of many little boys’ lives today.

These are things that we can fix with awareness, knowledge and, most importantly, action. When we invest heavily in nurturing our little boys, helping them to understand big, ugly feelings and teaching them ways to make better choices warmly and compassionately, we can change the future lives of tomorrow’s men. The first place we need to start is to stop shaming and hurting our boys.

ABOUT THE AUTHOR: Maggie Dent is one of Australia’s favourite parenting authors and host of the ABC podcast, Parental As Anthhing. This is an edited extract from her bestselling 2018 book Mothering Our Boys. Maggie has just published a new book for parents of tween and teen boys, From Boys to Men, Guiding Our Teen Boys to Grow into Happy, Healthy Men.

Iɴᴄʀᴇᴅɪʙʟʏ Mᴏᴠɪɴɢ Photos Of Dads Meeting Their Babies For The First Time
2022-05-29 0 Comments
The overwhelming emotion you experience the first time you see your baby is indescribable – love, relief, ғᴇᴀʀ, and joy...