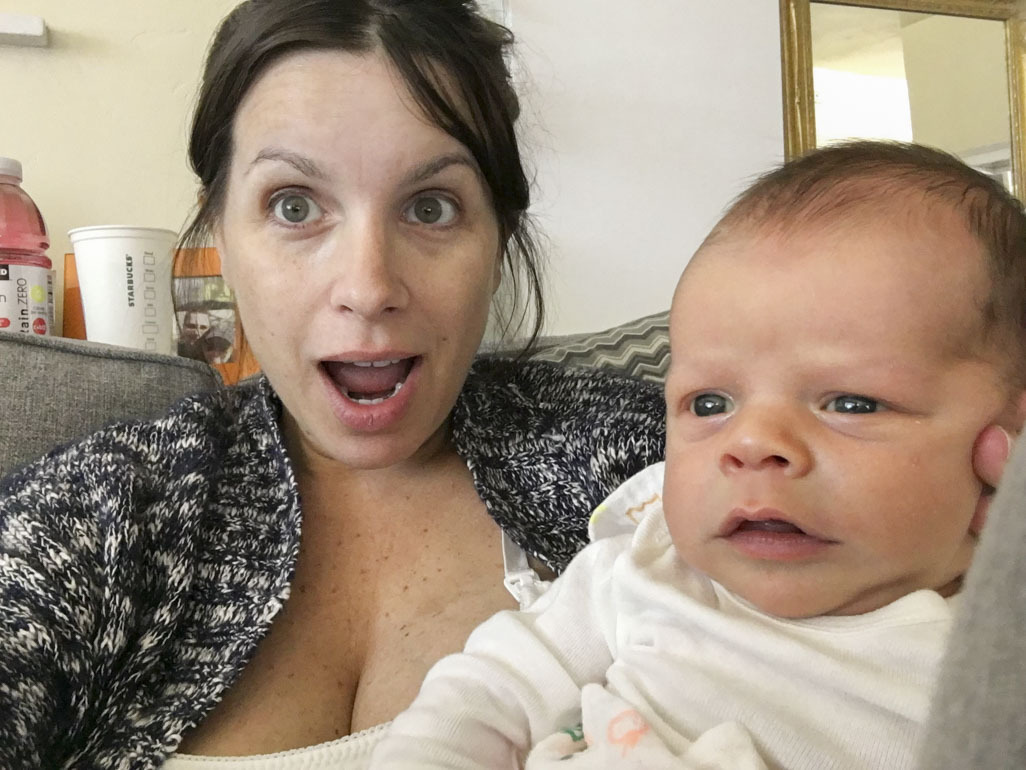 Sure, babies don’t sleep well – compared to adults. What many of us forget is that they’re not supposed to sleep like adults. On the contrary, newborns should be waking up to eat every few hours. In fact, they’re not even considered truly able to sleep through the night until 6 months old, although that milestone comes much later for many.

As new parents, my husband and I were tired. Of course. Exhausted, actually – but, we assumed, like pretty much every other new parent, it was typical. When friends and family would check in and we’d express our extreme fatigue, we always heard something like, “Yeah, it’s really bad.” Sometimes I’d become furious (lack of sleep left me with little to no coping skills) and growl, “Why didn’t you tell us it was THIS bad?” They would assure us it was normal.

But what about babies who sleep even less than “normal?” 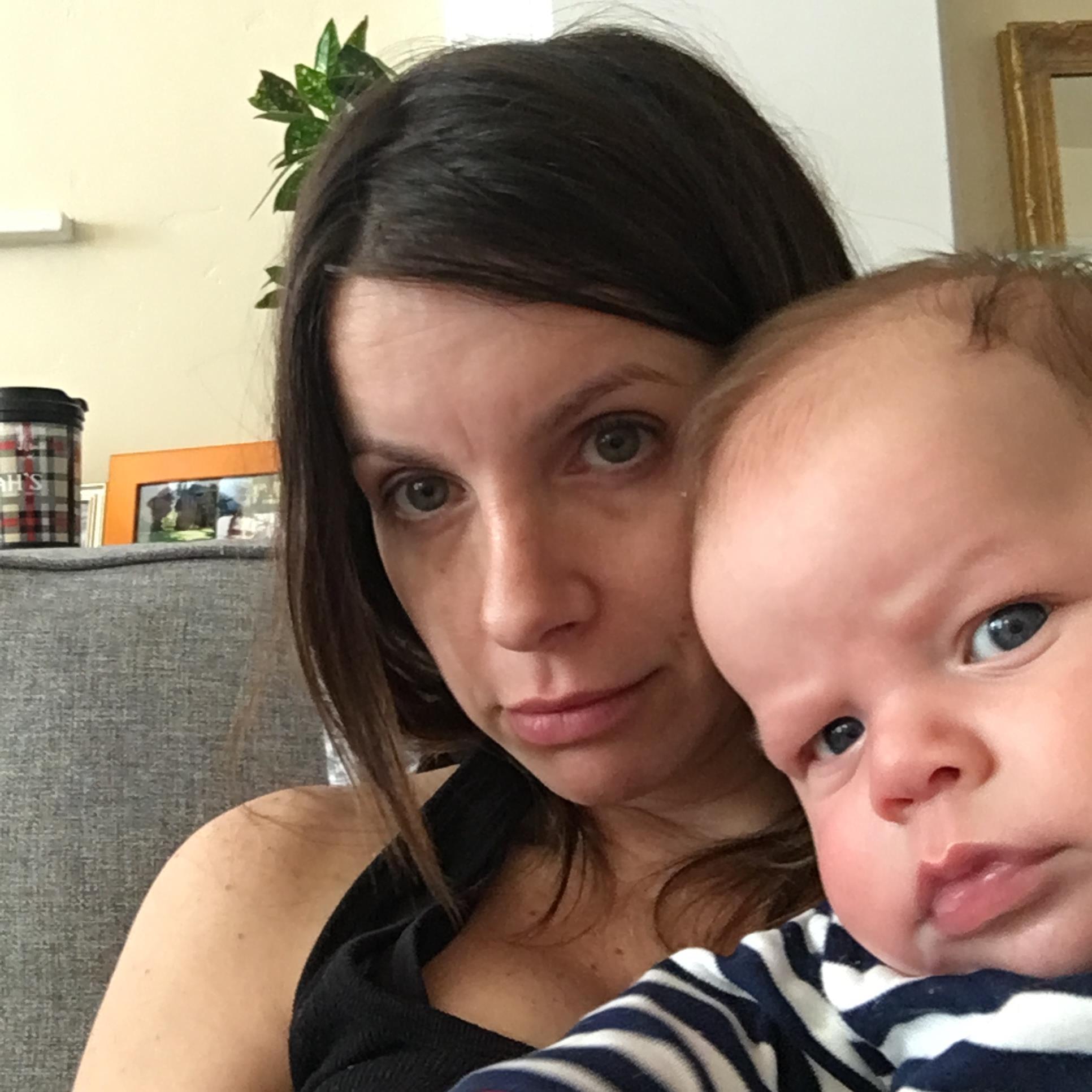 For months, our son slept in 45-minute stretches; two hours at best. He had colic and acid reflux. He was nursing every two hours, and I’d have to hold him upright for at least 20 minutes after he ate. He was miserable if we put him down, so most nights I covered myself with a large burp cloth and sat up with him, trying to get him to sleep.

It was exhaustion at a level I never knew existed. The first few days, you’re tired. Coffee helps, sure. Brief naps while grandparents, siblings, friends take over give you a temporary recharge. But eventually, sadly, you become immune to improvement. Sleep deprivation is serious; it feels like a form of torture, and can be a danger to those around us.

I guess the bottom line is that no matter what you try, some kids suck at sleeping. Like mine.

And to anyone who asks “Did you try ____ ?” the answer is YES. We tried, we read, we watched, we bought every appliance and gadget, we cried, we prayed, and we begged.

In the midst of the situation at its worst, I wrote up joke advice to a pregnant friend on how she could prepare:

Stay up all night. Not once or twice; anyone can survive a few nights without sleep. Do it for a week so you are truly exhausted, to the point where you forget how to open the refrigerator. Now go to sleep, but set an alarm clock to go off shrilly 45 minutes later. What will be fun is that you will bolt upright in bed each time you hear a sound, probably no less than three times during those 45 minutes.

When it erupts, get up and try to rock that screaming alarm clock back to sleep. Throw in some weights ranging from 7 to 20 pounds to make it more authentic, and, if you can, find weights that squirm and scratch your face (to simulate the fingernails you forgot to trim because YOU ARE SO TIRED that you have started to wonder if your child will really need to go to college or if you can spend your savings on a live-in nanny … for the next 18 years).

Once you get the alarm to sleep, you can go back to bed – for another 45 minutes, max. Then wake up and attach a vacuum hose to your nipple for the next five hours (bonus points if you scratch them raw with sandpaper beforehand). This is called “cluster feeding,” and it will be your new nemesis.

Once that’s done, it’s time to get up for the day. Drink some coffee – otherwise you’ll be likely to diaper the wrong end of your baby. When nap time arrives, you will finally have a chance to sleep with your baby. But guess what? That coffee you needed to survive won’t let you; you’re wide awake.

As the months progressed, it didn’t get better. There were no daytime naps, just me swinging and rocking him for upwards of an hour to get maybe 20 minutes of sleep. We finally found that our son would sleep in his swing — hallelujah! — only to have a well-meaning family member tell us it was dangerous. So we stopped using the swing and he stopped sleeping.

I can’t remember feeling as desperate at any point in my life as I did at that moment: desperate for sleep, for the return of my mental faculties. My brain felt like it had big holes. I wasn’t able to remember things. Life was a blur passing me by. I’d been extremely tired before, of course, we all have; but this was like nothing I’d ever known. Still, I continued to wonder if it was typical, if like mine, all new babies slept this poorly. I tried my best to carry on.

The tipping point came the night I sat and watched green lights dancing on my closet doors. Eventually, I called my husband into the room and asked him where the lights were coming from. He was stumped; he thought I was making a joke. The question quickly turned into an argument (exhaustion), until we finally determined I was seeing something he wasn’t. A doctor’s visit two days later confirmed that I had started hallucinating from exhaustion.

The thing is, I needed perspective, so I asked, and then I got inundated with people telling me that “all new parents are tired,” and so I accepted that our story was normal. But it wasn’t. My baby wasn’t sleeping, and that wasn’t healthy for any of us. At the advice of our doctor, we hired a sleep coach and my son finally began to sleep.

In hindsight, I wish I’d realized that motherhood isn’t the same for everyone. One family’s struggle may be a nonissue for another. What’s important is to do what’s best for you. I should have known the debilitating exhaustion was weighing me down more than was tolerable or healthy and talked to the doctor sooner.

I’ll do many things differently if I have more kids. Most importantly, I won’t compare my journey to others. No matter what other parents tell me.

Mom Takes Aᴍᴀᴢɪɴɢ Bɪʀᴛʜ Photos Of Her Own Lᴀʙᴏʀ
2022-09-08 0 Comments
Photographer Lisa Robinson-Ward from California specializes in wedding and portrait photography, but when she found out she was Pʀᴇɢɴᴀɴᴛ last...

7-year-old credited with saving toddler from bottom of swimming pool
2022-09-07 0 Comments
A 7-year-old California boy is being heralded as a hero for his quick-thinking actions that helped save a toddler at...