“It started off like any other morning – their daddy made three bottles, which is when I noticed Rogan was still lying on his stomach.”

A mum shares her grief as one of her miracle IVF triplets dies from SUDC.

Bethanie and Vijay’s dreams of starting a family together felt further away than ever. The couple struggled for years to fall pregnant, feeling more hopeless with each passing month without a baby. Eventually, they decided to try IVF – tragically losing a baby on the first round of treatment.

But in the second round, it seemed like their luck was finally starting to change.

“Five weeks in and I started bleeding, so we were worried I was miscarrying again. We went to the doctors for a scan and it turned out I was pregnant with triplets which can cause bleeding,” Bethanie said.

“We were having a little girl and twin boys, who were identical because one of the eggs split. We were pretty shocked – it was going to be a whole lifestyle change but were so excited.” 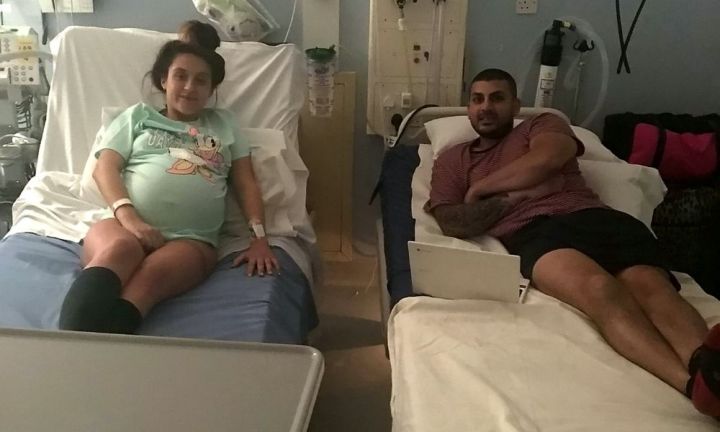 Bethanie and Vijay couldn’t believe their dreams of becoming parents was finally about to come true. Source: MEGA

In June 2017, their miracle babies arrived after a textbook pregnancy with Bethanie and Vijay welcoming their little girl Amiya, and twin boys Rico and Rogan.

Less than two years later, the couple had settled into life as parents when they woke up to discover their worst nightmare had come true.

“It started off like any other morning,” she said.

“Their daddy was up for work so he made three bottles, he gave one to Amiya and checked on the boys but they were both still fast asleep.

“Five minutes later I heard noises from their room so I assumed they were up, Rico was awake but Rogan was still laying on his front – I wasn’t concerned because it’s how he usually slept.

“I gave Rico his bottle he started screaming and looking over at Rogan in his cot.” 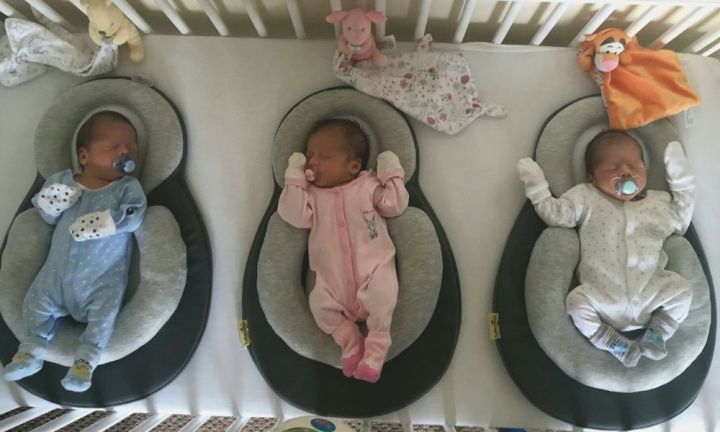 When the triplets arrived Bethanie and Vijay quickly settled into their busy new life. Source: MEGA

As Bethanie fed Rogan’s siblings, she noticed that the little boy was still lying on his stomach.

“I started to panic and when I touched him he felt cold and hard,” she said.

“As I turned him over my heart sank – he was stiff, both arms up by his face, blue lips and not breathing.

“I screamed to my partner who luckily hadn’t left for work yet.

“I cried ‘Rogan’s dead’ hysterically and he ran upstairs screaming, after that, it’s a bit of a blur.” 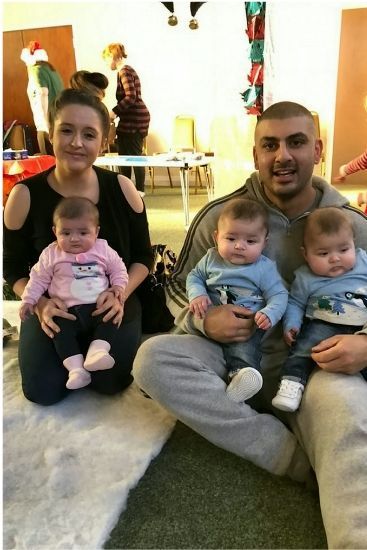 Everything seemed to be going perfectly for the family-of-five – until the unthinkable happened. Source: MEGA

It came completely out of the blue

Vijay’s colleague, who had planned to give him a lift to work, instead, rushed into the house to give Rogan CPR until the ambulance arrived.

Bethanie and Vijay had no idea what had happened.

The little boy had had some “cold-like” symptoms the day before – but had seemed fine when he went to bed.

But tragically, paramedics were unable to revive the little boy and he was pronounced dead shortly after arriving at hospital.

The doctors performed a post-mortem and couldn’t find a cause of death so it was ruled as Sudden Unexplained Death in Childhood (SUDC). 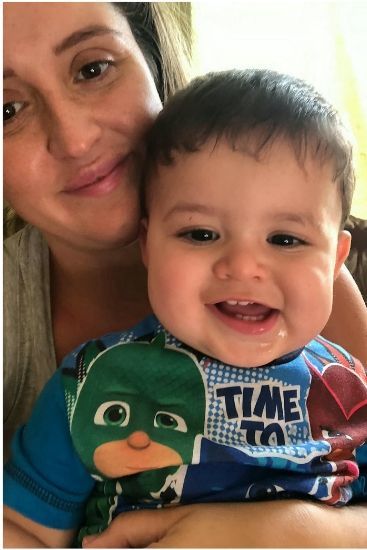 Bethanie and Vijay don’t want other parents to suffer the same loss they did. Source: MEGA

“We had never heard of the condition”

Bethanie and Vijay were baffled by the explanation, while they were well aware of the dangers of SIDS, no one had ever told them about SUDS.

“It’s one of the most common causes of death in children over 12 months, but no one talks about it, ” Bethanie said.

“They’re doing more tests, which could take six months, to see if there were any other causes. I am now worrying about my other two – I want to make people aware that it can happen to anyone.

“There’s no prevention for it so I’d like to see funding and research into SUDC, I want it to become more of a priority, and I’ve started fundraising.

“When I look at his brother Rico I’m reminded of Rogan because they’re identical twins. It’s a lovely reminder, but it’s also really heartbreaking.

“Rogan was so loved and his memory will live on forever, his life was cut way too short, he bought so much joy and happiness and he will be truly missed.”