Want a Successful Marriage? Spouses Should Do These 10 Things For Each Other OftenWhen the stresses of juggling career and home life get to you, use these positive habits to keep your marriage healthy and strong.

What’s the secret to a happy and long-lasting marriage for busy professionals and entrepreneurs? No different than anybody else. It’s to learn to develop the kind of genuine love that does not seek to gain, but only to give.

For starters, it doesn’t say, “I want to date this woman because the market valuation for her business is 5 million!” Genuine, unconditional love has no fine print. It has no ulterior motives.

So what does that look like in real life if you’re about to tie the knot? Or, even if you’ve been at it for 10, 15 years? You have to know each other at the core of your gender identity. Men and women have very different and specific needs.

10 Things Women Need In a Marriage

Do you know what the #1 need of a woman is? It is to know that she’s significant, and that you (I’m looking at you, husbands) treasure her.

You’re a wise man if you can speak into that every day because your spouse wants to know that she… is…valued. And you value your spouse ten different ways:

2. She needs intimacy. When your wife is stressed out and overwhelmed from putting out fires all day while trying to meet that important deadline, she needs to know that you are willing to share an intimate moment of comfort without demanding explanations or giving lectures. In other words, don’t fix her. Lend an ear, and let her process.

3. She needs you to be vulnerable. Open or unobstructed communication is hugely important to the female gender, and that you can be emotionally available for her.

4. She needs to be praised. Make it a habit to often acknowledge and praise her for her work accomplishments so she can feel like she’s a valuable part of your life.

5. Let her be part of your team. Your wife needs to feel free to help you and contribute to the things that matter to you without fearing retaliation and anger.

6. She needs you to protect and defend her. Not just from physically harm, but from the criticism of others. She wants to know that you are for her, and has her back.

7. Make her feel like her opinion counts. She needs to know that her opinion is so valuable about your work or business that you will discuss decisions with her, and act only after carefully evaluating her advice.

8. Share your life with her. She needs to connect with you in a special way, so create margin so she can share her life with you in every area — home, family, work, and outside interests. Don’t shut her out.

9. Be a man of character and integrity. She needs you to be the kind of man her son can follow and her daughter would want to marry.

10. Hold her often. She needs physical affection, to be tenderly held, just to be near you, apart from times of sexual intimacy. (don’t worry men, I got you covered on the sex department in the next section below) 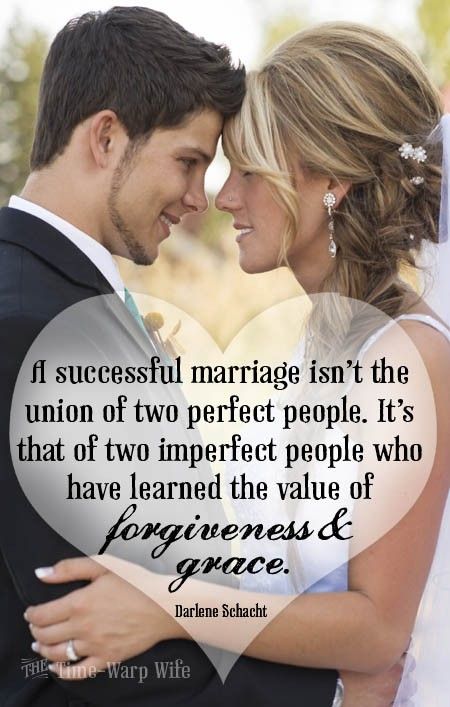 10 Things Men Need In a Marriage

While this can be a slippery proposition for some women (“He doesn’t deserve my respect, he’s a narcissistic slob!”), most men want to be held in high esteem and be seen by their women as their heroes–even when they makes mistakes.

Men want and need their mates to believe in them, especially when they take a beating from putting in 70 hours of work to get that startup launched. And women hold the key because so much approval and affirmation comes from their wives.

While they are dedicated and hard-working husbands and fathers, they may have different emotional and sexual expectations, and at the end of the day–those men desire to be respected for who they are, not for what have you done for me lately?

Here are 10 ways that men need to be respected in a marriage:

1. Stop the insults in an attempt to motivate him to change. Women may think their harsh criticisms will fix their husbands and make them better. Nope! What you are doing is actually causing rejections that will lead to anger, which will then lead to bitter resentment toward you.

2. Create the safe space for open and emotionally honest dialogue to happen. If a woman can risk still respecting her man in spite of his Neanderthal habits, he will eventually demonstrate with his heart that he can and is willing to change. Respect is the gateway for such conversations to happen, and a wise wife will offer it frequently to build up her husband, and set the stage for such intimate encounters.

3. Express respect in his love language. It can be spoken through “words of affirmation”– one of Gary Chapman’s Five Love Languages. Nothing is as important for such a man to hear his woman assure him that he is awesome, competent, and heroic. So make your home a place of safety in his life, where those critical voices he hears in his business life are drowned out by the soothing voice of your affirmations.

5. Respect him by letting him be a man. If a woman allows her Joe to be Joe without mothering him, and lets him “be” who he was designed to be without the need to fix him, Joe will drop the remote stuck on ESPN, come out of his cave more often, hand you his heart, and engage you emotionally….without losing his masculinity.

6. Respect him by giving him space. Lets say you and your man get into a heated spat. Sometimes the tendency is for a woman to push for instant conflict resolution. Is that true? What’s going on in your mature man’s mind is totally the opposite. He’s going, “I need some space now!” Give him the space he needs to go to his cave and process his thoughts. He might be new to this, so even allow for him to complain and express himself in a way he needs to be heard until he eventually comes around.

7. Support and encourage him because he’s under pressure most of the time, but won’t tell you. A man fighting to provide for his family needs constant affirmation, and that she believes in him and looks up to him. Wives must see themselves in the privileged role of offering their men what no other person can — full acceptance of their masculine truth. A woman who reaches this level of respect for her man will have a man who’ll love her forever.

8. Appreciate all parts of your man, not just the parts that connect to you emotionally. If you appreciate his muscles, athleticism, creative flair, how he takes care of the bills, mows your beautiful lawn with accurate precision, or fixes things around the house without you asking, tell him how much you appreciate it all, and often. What may happen next is he’ll start to open up the relational parts that have been lacking.

9. Be attractive for him. I’m not talking about how a woman looks in a two-piece, three kids later, although taking care of oneself physically is important to husbands. The attraction I speak of that a mature man desires goes beyond the physical and into the emotional. When he connects with her at her best, sparks fly. That means a woman’s love of self, her passion for life, and how she carries herself will transcend his love for you. As you embody your attractiveness, he will reflect that same passion. A woman who wants a mature man will invest in living life to its fullest.

10. Respect him by growing as a whole person. What can be more attractive to man than a happy and joyful disposition in a woman? It’s contagious, and it empowers men. To get to that happy place also means the road along the way took some work of healing and growth for you– like releasing shame, depression, anger, sadness, and fear along the way. But you’ve arrived, and you are now deserving of a mature, emotionally-healthy man so that both of you may have life, and have it abundantly.

6 Things To Ask Yourself If You’re Unsure About Another Baby
2022-07-21 0 Comments
1.How do you feel when you get your period? Is it, relief or sadness? Last month my period was a...