A tiny baby girl who doctors said “wouldn’t make it” after being born prematurely was reunited with her twin brother for the first time since they were separated at birth. This is the moment tiny twins were reunited for the first time after being separated at birth – and gave each other a cuddle. Baby Neve and ‘big’ brother Louie were born via emergency C-section as she was not getting enough nutrients in the womb. The babies were delivered prematurely in an emergency cesarean section on 8 March when Laura Hough was 30 weeks pregnant. But brave Neve battled through and has now been reunited with sibling Louie several weeks later.

Laura Hough, 27, a new mother, was “overjoyed” to see them reunited two weeks following her C-section. Since then, Laura Hough and Chris Carey have been photographing the twins to chronicle their progress. 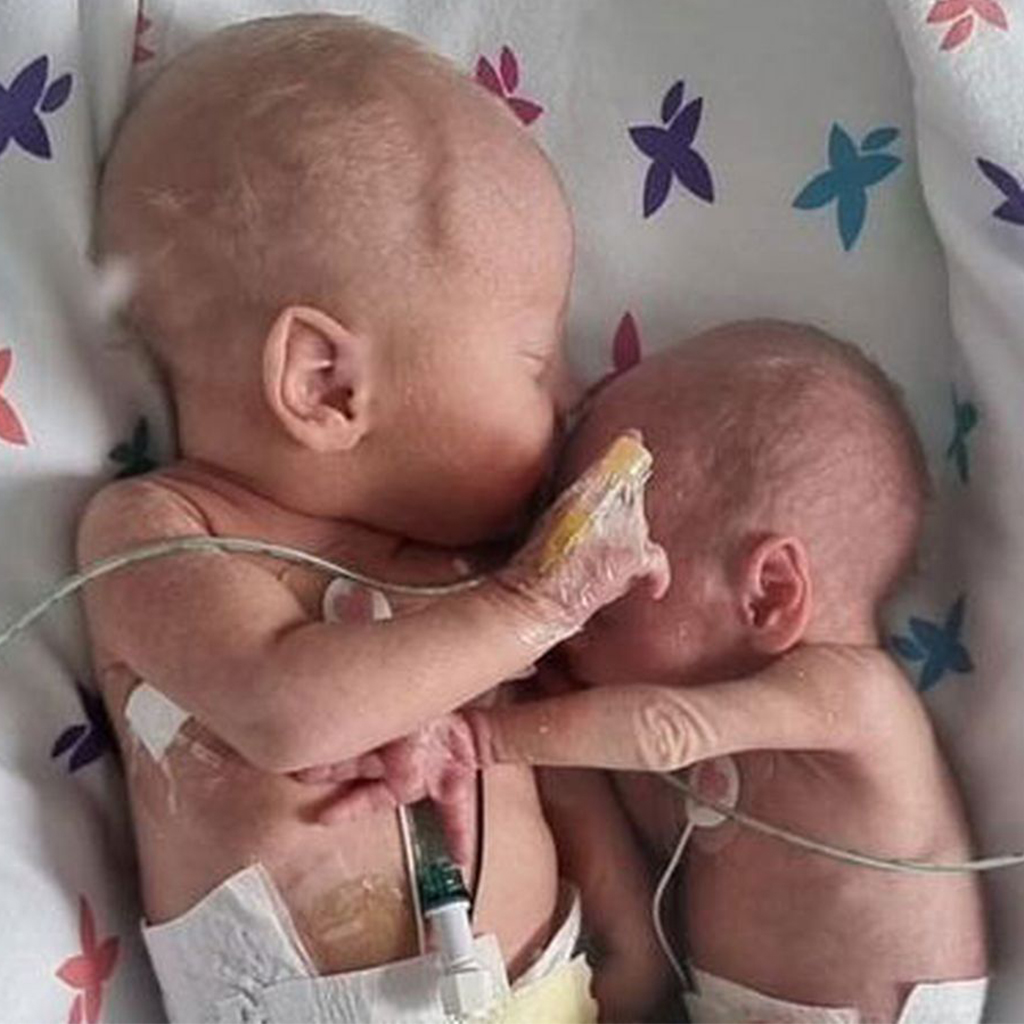 The first-time mum has also described her pregnancy and told how they feared Neve may not live. She said: “They had me up the wall. I was going to the hospital twice a week as Neve, her placenta was deteriorating. “She and Louie were in separate bags and he was fine but it was affecting her blood flow so I had to have an emergency C-section. “For a good few weeks I was carrying them. I kept getting told by the hospital that she wasn’t going to make it. “They wanted her to make it to 28 weeks so they were keeping an eye on her blood flow. “And because it stayed stable they pushed it to 30 weeks before performing the emergency C-section.” 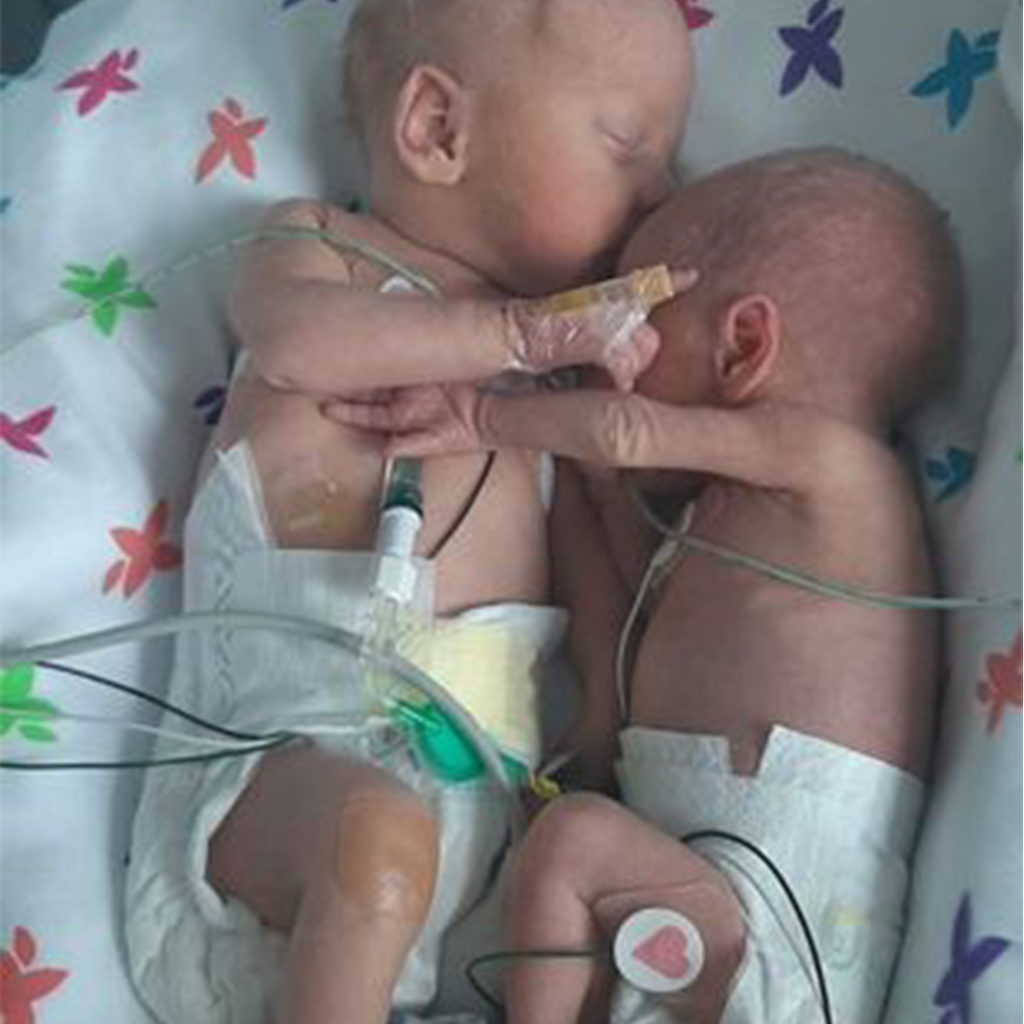 After the twins were born at Liverpool Women’s Hospital, Louie weighed over 3lbs but his sister was just over 1lb. But it was he who seemed to be suffering more after his premature delivery. Laura, from Walton, Merseyside, said: “When they did come out she didn’t need any oxygen at all, she was fine. “It was Louie, both of his lungs collapsed because he had air in them. “So he ended up receiving treatment to drain the air out of his lungs.”

Laura said: “About two nights ago one of the other babies was being moved to a different unit so they brought Neve down and put her in the same room as her brother. “Then they put them both in the same incubator at the same time yesterday,” she says. They ended up with their arms crossed, their legs crossed, and their hands clasped together. “It was amusing to watch her try to wrap her hands around his neck.” “To be honest, she’s wiped our eyes,” she continued.

All of the physicians who come to visit her have a soft place for her and are fond of the two of them. “I’m simply made up with them; it was the happiest day of my life.” “To go from fearing that Neve wouldn’t make it to seeing them both cuddling and holding hands – there are no words. “When they told me that Neve wasn’t going to make it, I couldn’t think straight. “It was so difficult and so scary because I was so excited to meet them but I was so worried if they were going to be OK. “When they were born it was a massive relief, I couldn’t have been happier.”

24 Dads Share Experience Becoming A Father For The First Time

Joy As Older Couples Gives Birth To Triplets After 15 Years Of Barrenness
2022-05-31 0 Comments
Joy overflows in the family of Mr. And Mrs Otikpere after welcoming a set of triplets after 15 years...

Many Think That People With Dwarfism Cannot Conceive Children
2022-07-06 0 Comments
Often those we consider to be ‘different’ hide stories of resilience and suffering that are just like the problems we...

Why Your Baby Moves At Night In The Womb You Need To Know
2022-05-21 0 Comments
Pregnancy is full of curiosities and when it is about your baby’s movement in the womb, it is even more...
Tabbed Widget