Lyndsay and Syman were over the moon when they welcomed the beautiful quadruplets into the world. They decided to have a newborn photo shoot session to celebrate their new arrival. Take a look at the results of this awesome family.

After the birth of their son, Carson, this sweet couple tried for over a year to grow their family. After multiple heartbreaking miscarriages, they decided to try fertility treatments. For a while, it seemed that not even that would work. After they began treatment, Lindsay and Syman experienced two more unsuccessful pregnancies. 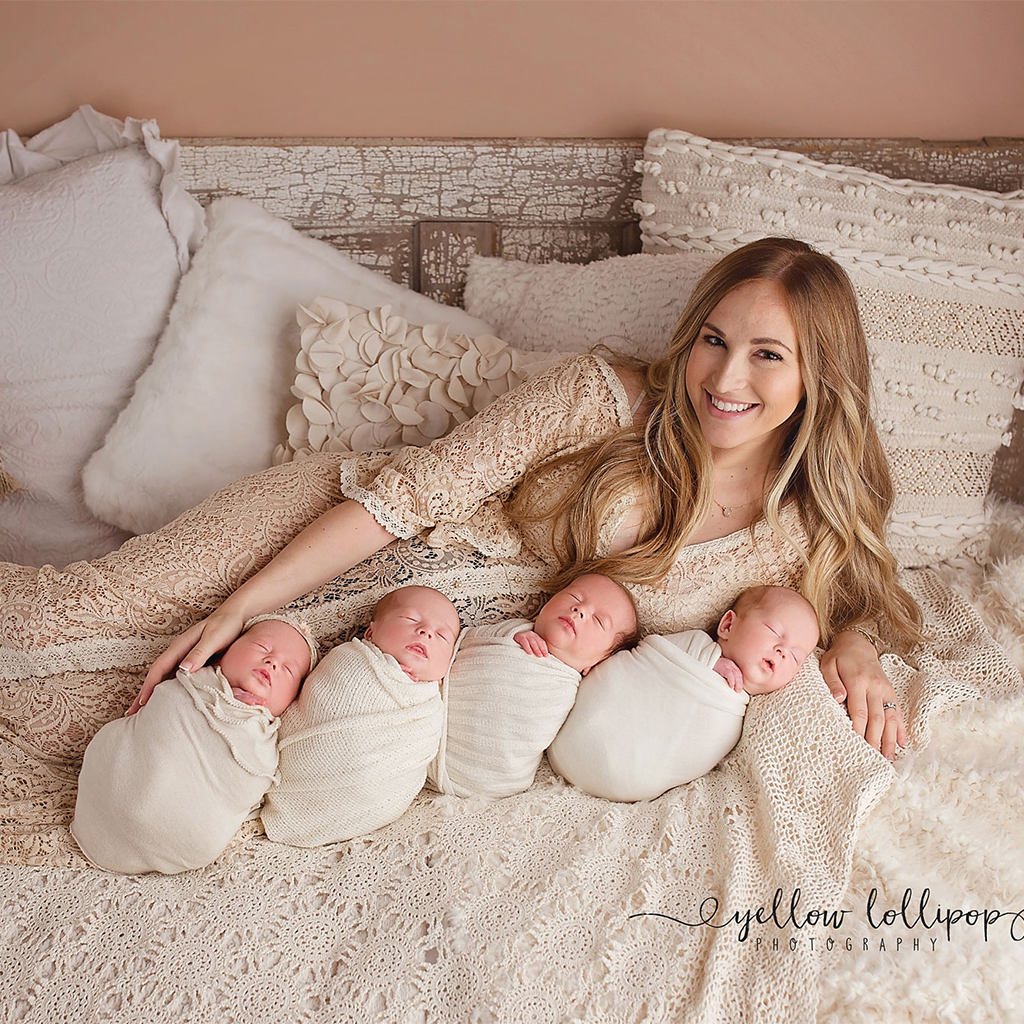 But hope is what carries us through those times, though, and finally, Lindsay and Syman received the incredible news that they were expecting not one, but four babies! Three boys and one girl. It was a shock, a joy, and a bit of a surreal experience. 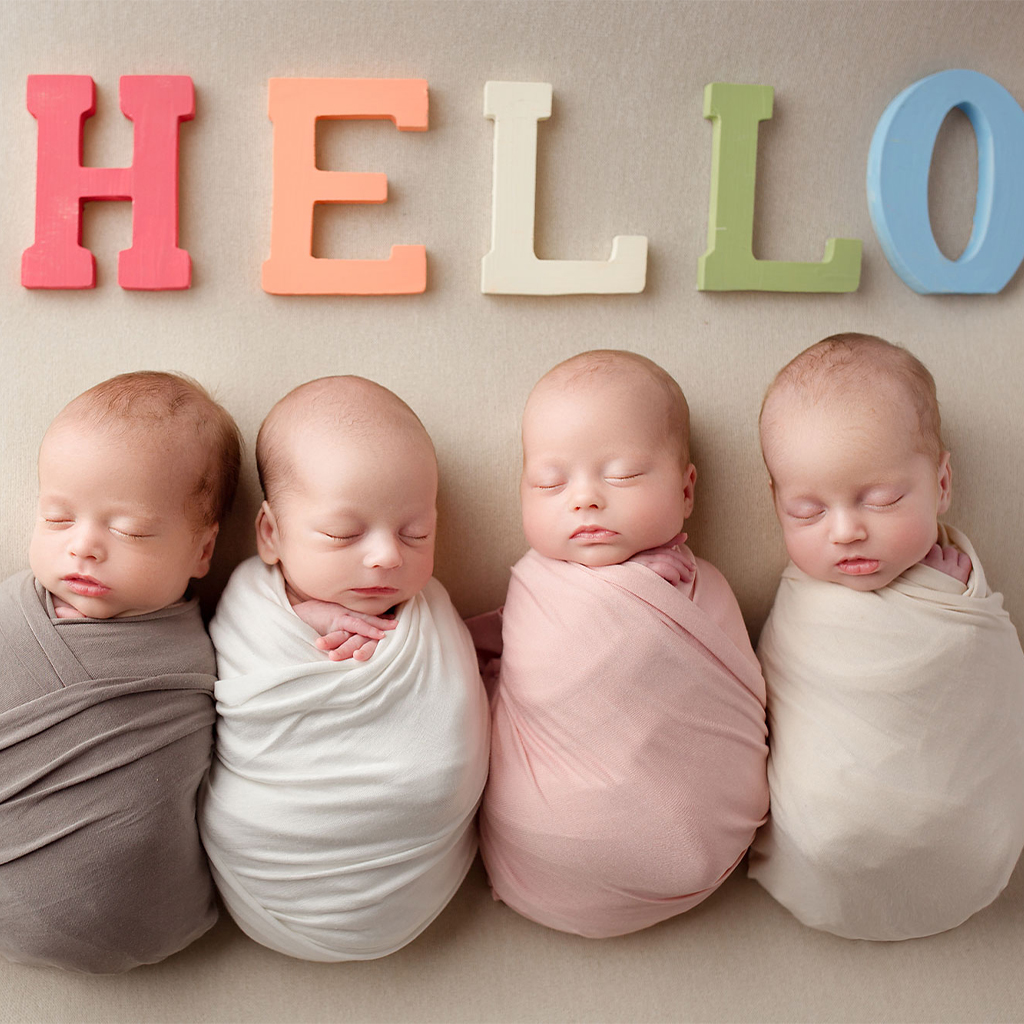 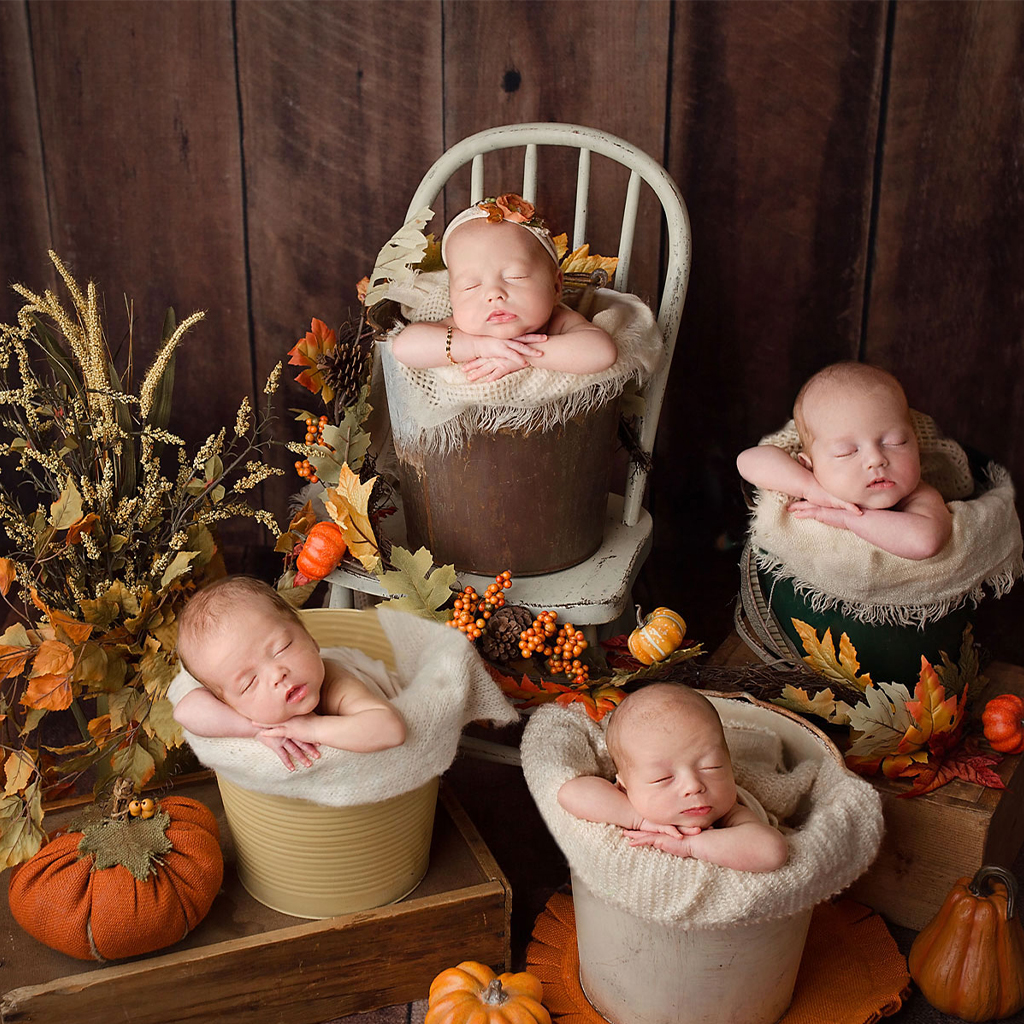 Talking about this photo session, Megan, who photographed the new foursome shots, said that she couldn’t even tell how excited she was. Although she has photographed twins and triplets, this was her very first session doing four babies at once. She added that she was totally in awe of how well Mom and Dad managed to care for four infants and a toddler. And big brother Carson was such a sweetheart. 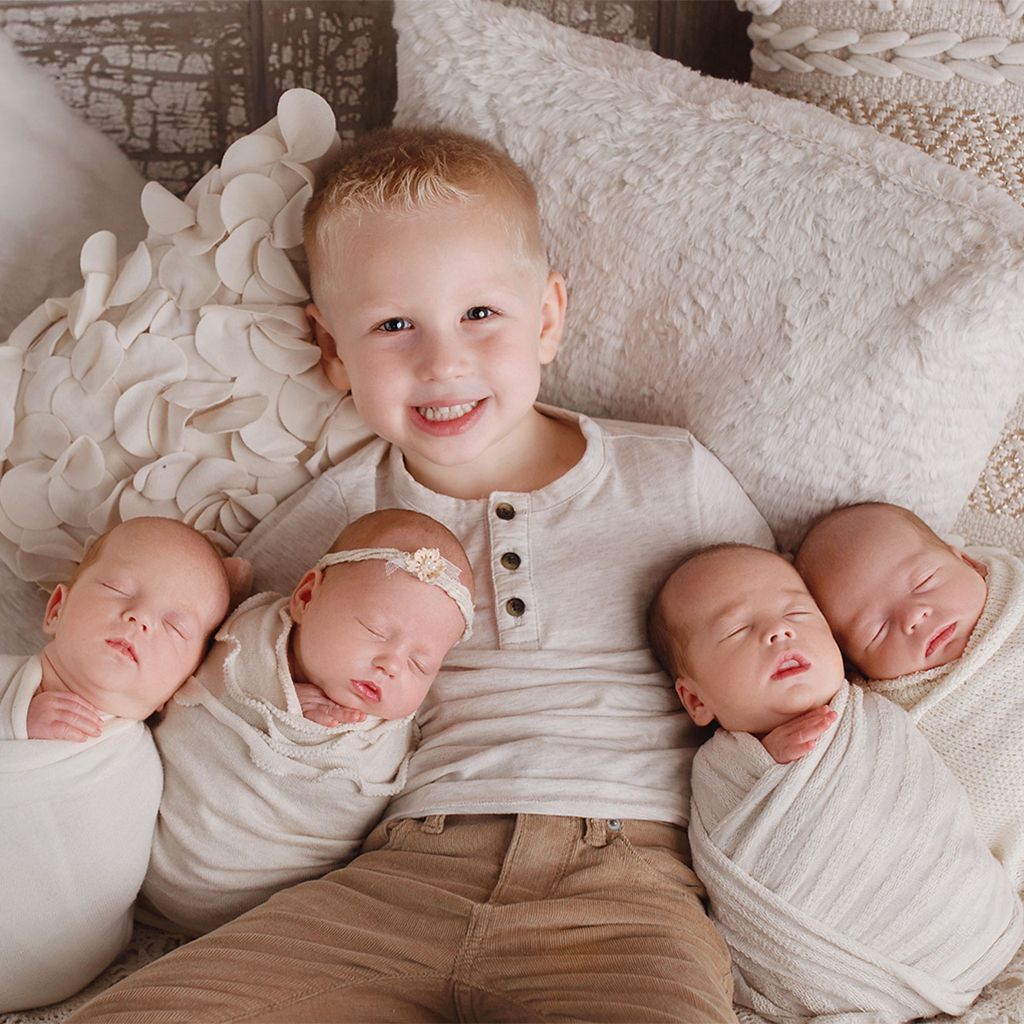 A beautiful family portrait for Lindsay and Syman. 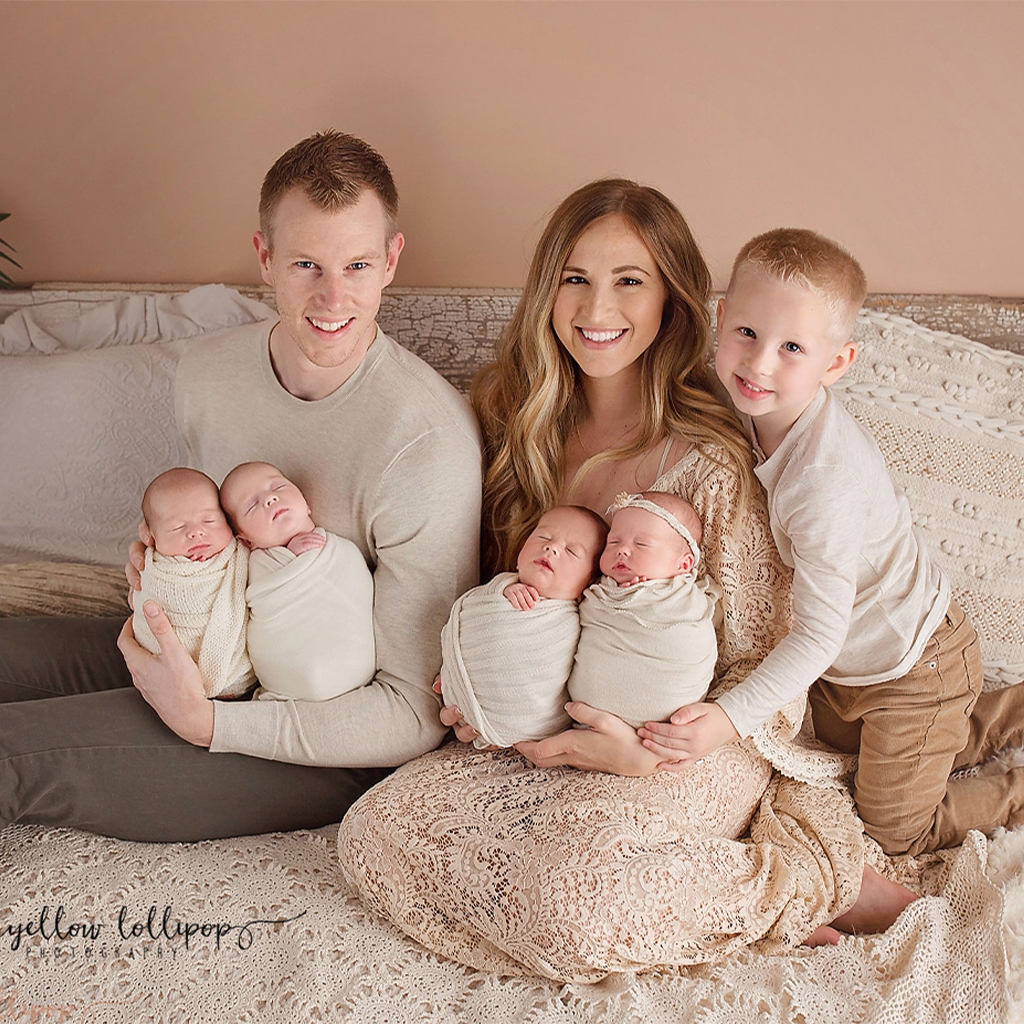 A simple set up with all four babies, Caiden, Lucas, Grayson, and Madison, cuddled together on a simple ivory blanket is pure and simple. 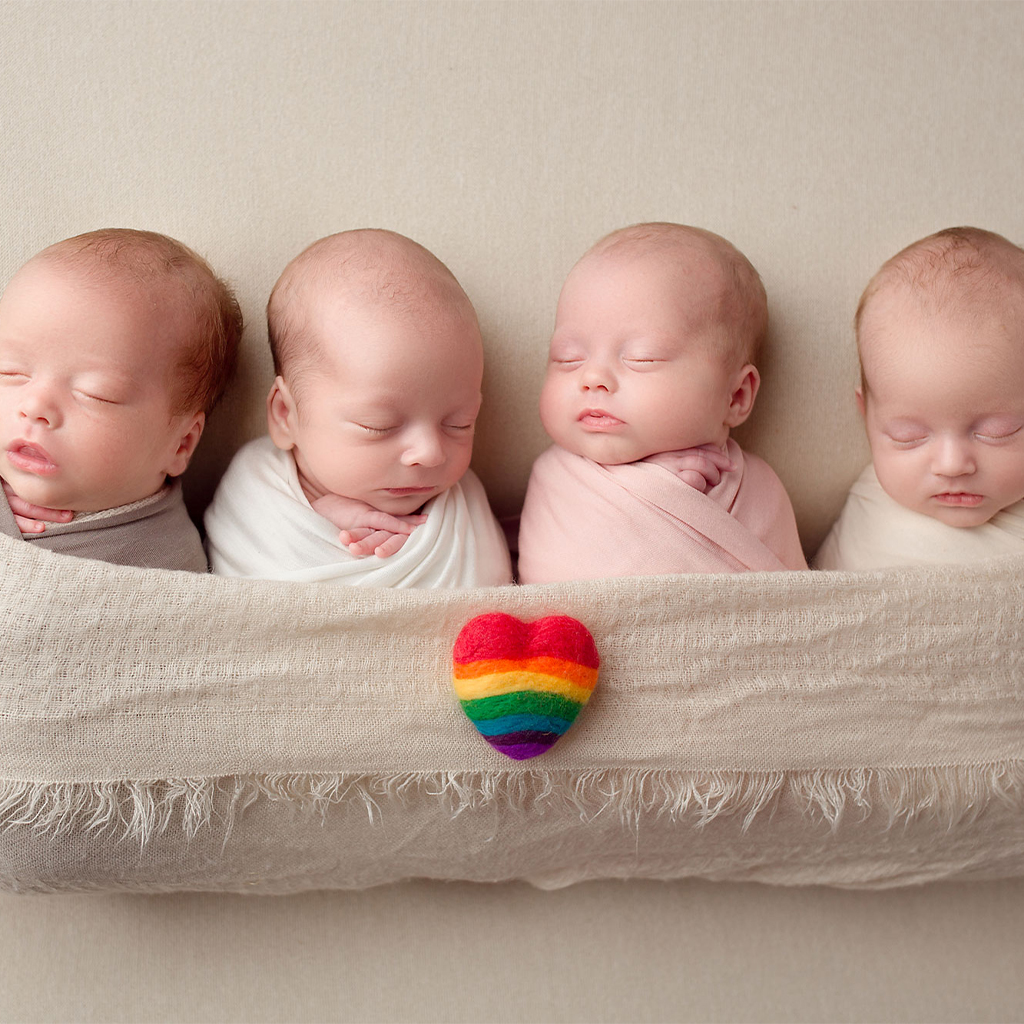 There were a few other shots that were not planned, like those forty sweet little toes all lined up together! 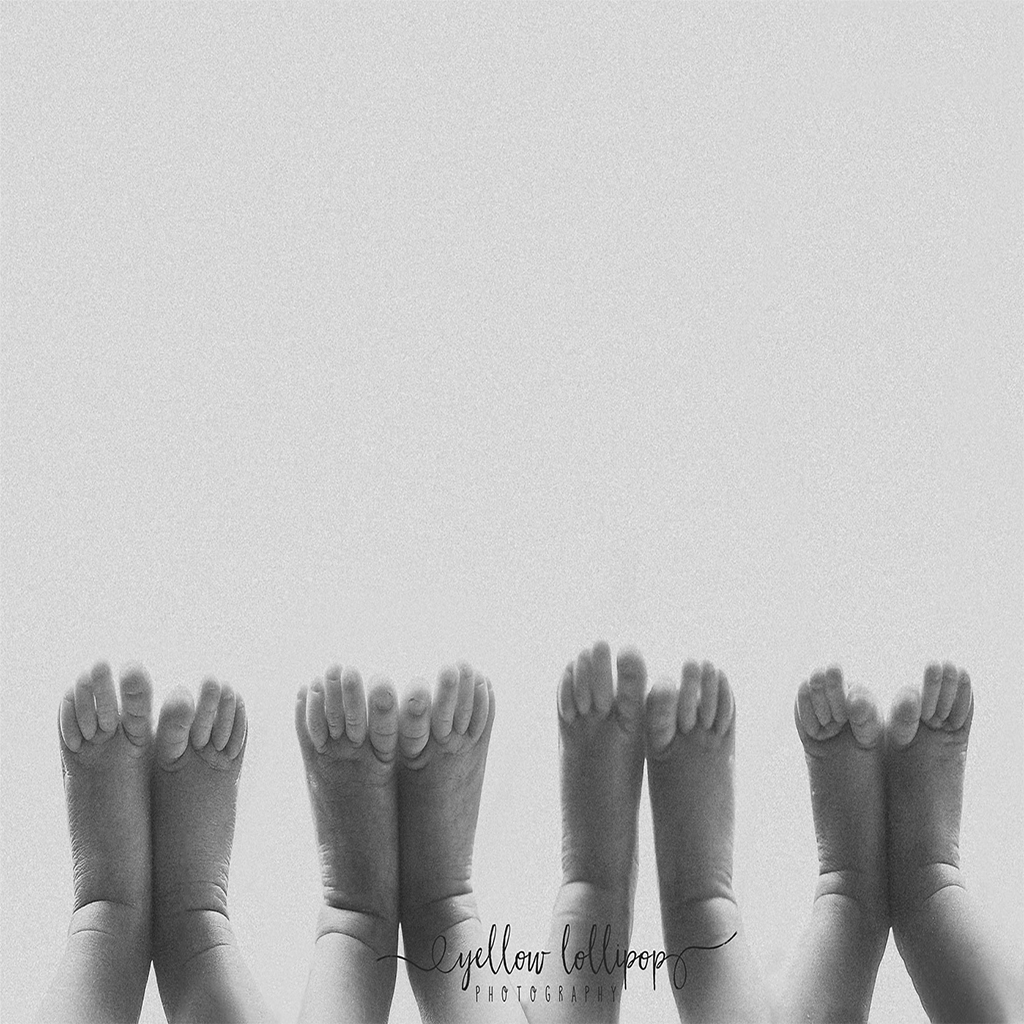 Rainbow babies, like these newborn quadruplets, are so called because their arrival is like the joy of a rainbow after a storm of pain and grief. 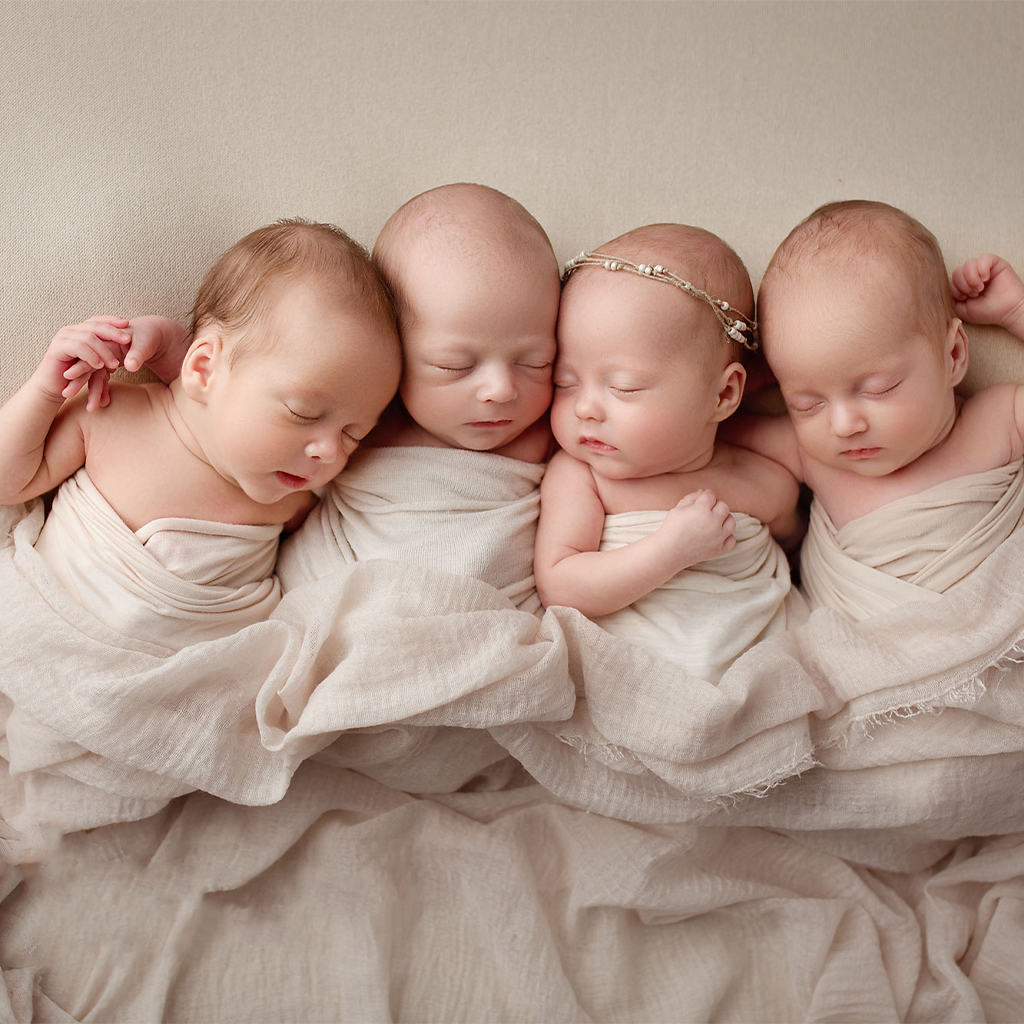