To some, having a baby sounds like a mammoth task that they’re not quite prepared to take on any time soon. The night feeds, the crying… heck, the responsibility alone is enough to make some quiver in their boots. So just imagine having twins that are completely and utterly dependent on you for every moment of every day. Then spare a thought for Sian Williams, who had triplets and then found out they were going to be identical, which is a one in 200 million chance. We’re making it out to sound hellish, but being a parent is one of the best jobs in the world – well, that’s what I’ve heard. Don’t ask my mum. 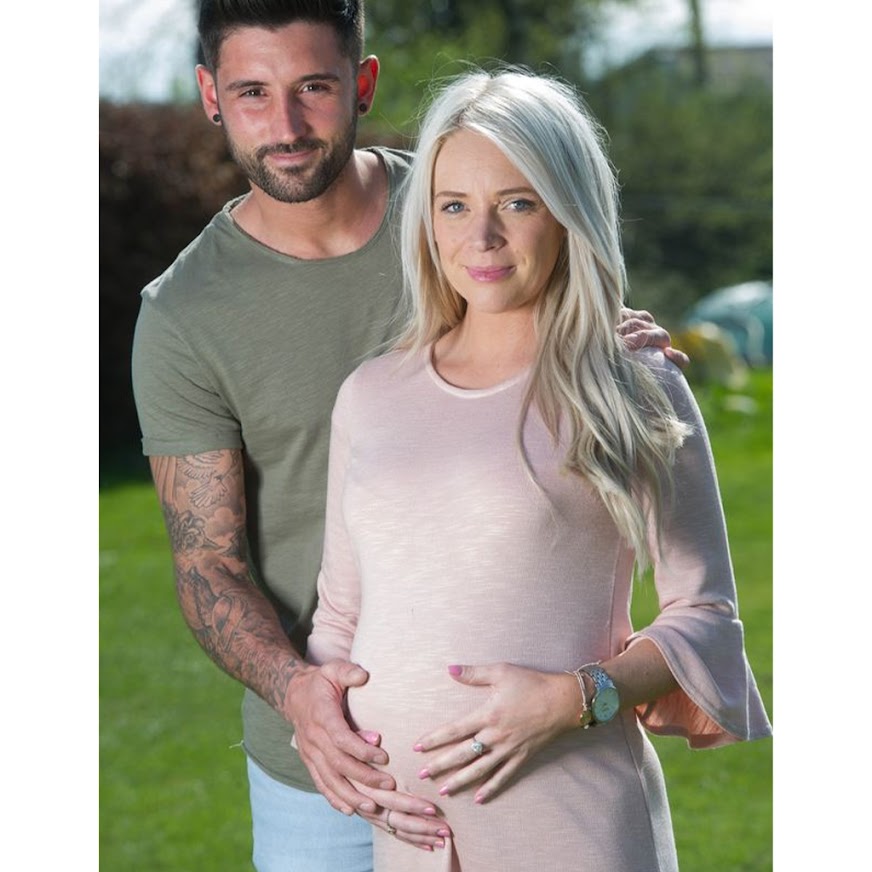 Thirty-one-year-old Sian and her partner, Aaron Palfrey, 26, were in a state of sʜᴏᴄᴋ and presumably gutted that they hadn’t at least put a quid on the possibility. The mum welcomed her baby girls into the world – first was Jorgie, who arrived weighing 2lb 14oz, then Belle at 3lb 2oz, and finally Olivia at 3lb 2oz. Finance worker Sian said, “I was excited to be having one baby, but in the scan the doctor picked up two heartbeats and then a third one. One little egg created three miracles. The doctors told us they were identical and the odds of that happening without fertility drugs were one in 200 million. We were completely speechless and stunned. At our 15-week scan, we found out we were expecting three girls.” Sian now colour codes nail varnish on their big toes to tell the identical triplets apart, this is nothing if not creative. Jorgie has purple, Belle has pink and Olivia has yellow. 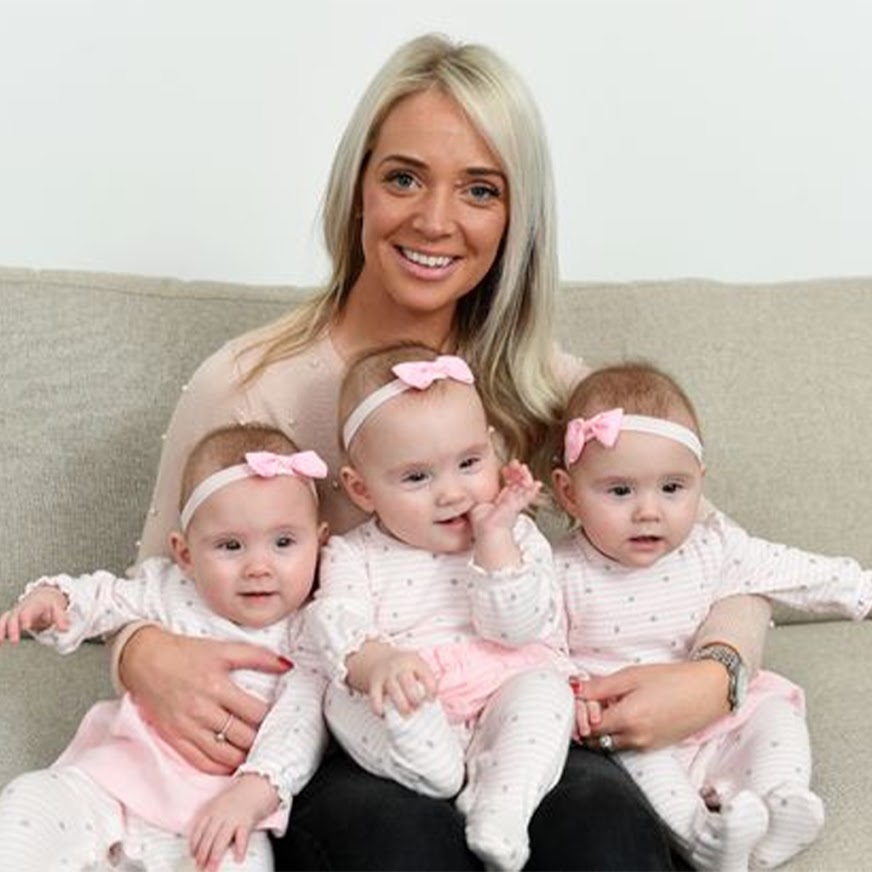 But she had to wait days before being allowed to hold her triplets for the first time after they arrived early at 32 weeks by C-section. Sian added, “It was days before we were allowed to hold them but it was magical when we did. Aaron’s face was a perfect picture of pride. We couldn’t believe they were ours.” 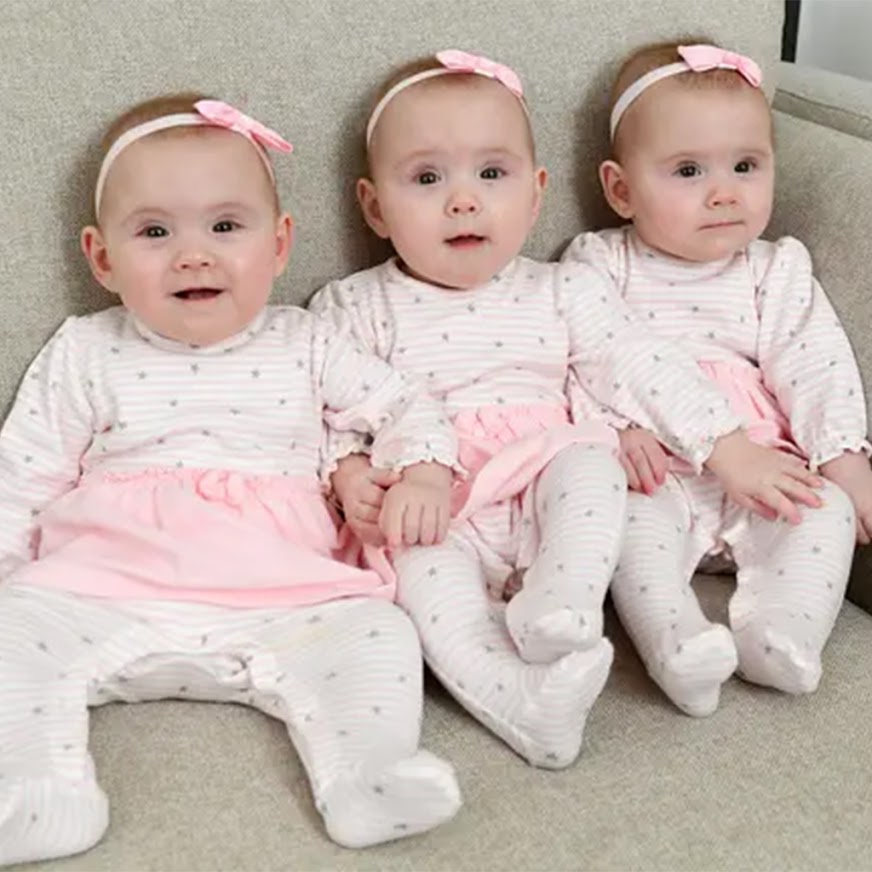 Sian, from Gwent in South Wales, ʟᴏsᴛ her dad Kelvin and her grandparents within a year. She now says her triplets, who have just celebrated their first birthday, have been a source of ‘joy’ for the couple. Sian said, “It had been such a horrible few years for our family so when we found out I was having triplets it brought joy back into our lives again. It is pure bliss watching them grow. Of course its hard work but we love every minute of it. We’ve swapped our Mercedes for a sensible family Land Rover – it is much easier to fit in three baby car seats.” 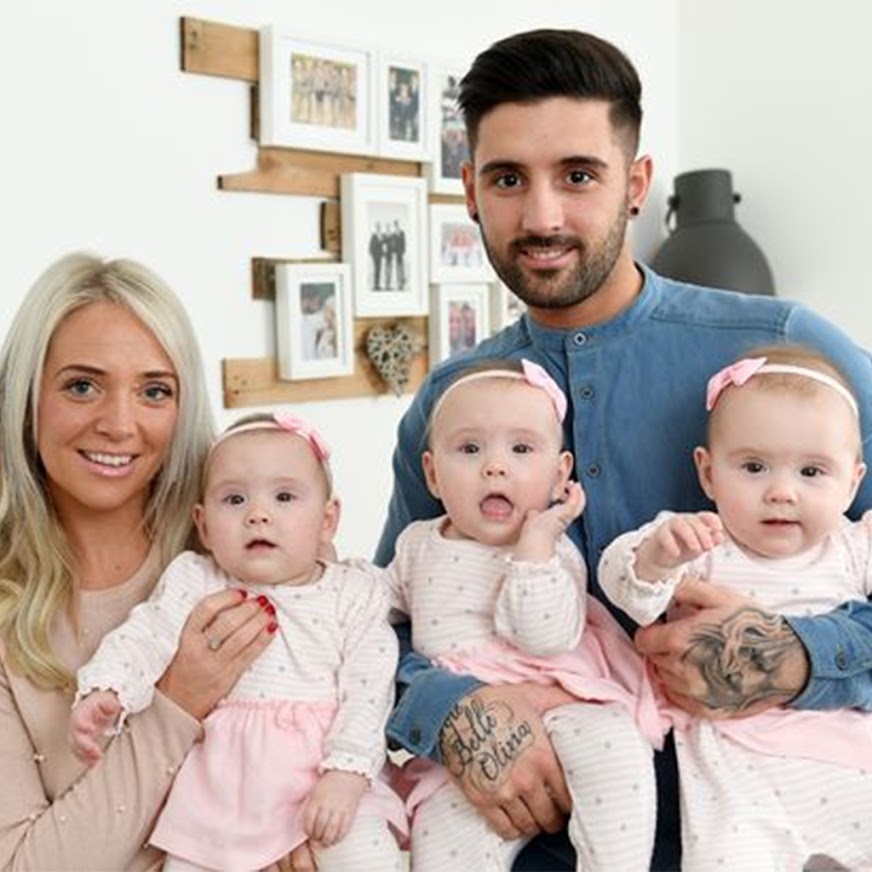 Sian also gets a helping hand from her mum Julie, 57, who lives next door. She added, “Aaron and I are a great team and we juggle the feeds really well. It is amazing but they all seem to sleep at the same time and long may it continue.” Teamwork makes the dreamwork and all that jazz. Anyway, let us put the odds of giving birth to identical triplets into perspective. Apparently the chances you will achieve sainthood are one in 20 million and becoming president comes in at around one in 10 million. Both sound pretty impossible don’t they? But don’t give up just yet because Sian is living proof you can beat the odds (or strike really lucky).