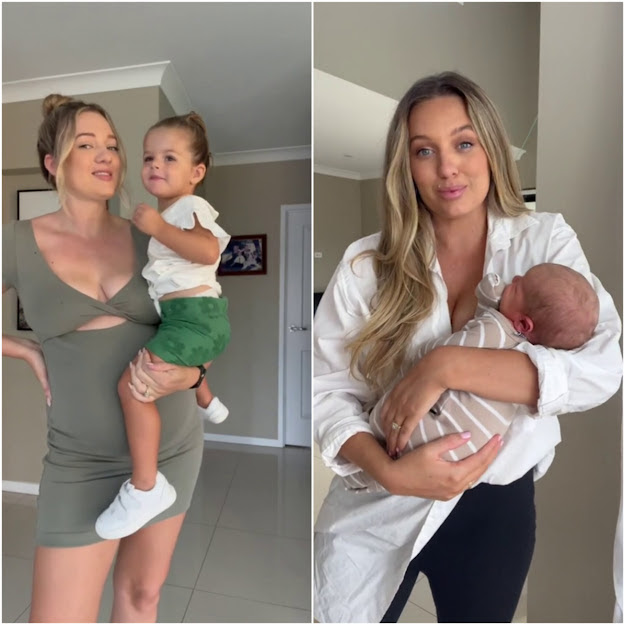 A mother-of-two said her delivery of her second child went so quickly that she didn’t even make it to her hospital room.

From the time Ashleigh started feeling contractions to when she gave birth to baby Beau on May 22, 2022, less than two hours had passed.

The lucky mother, who owns an online baby boutique, described her whirlwind of a delivery in a viral TikTok video.

Though she’d been experiencing pre-contractions for a week, she woke up at 3:30 a.m. “with the worst cramps that I had felt” – and knew her labor must be starting. 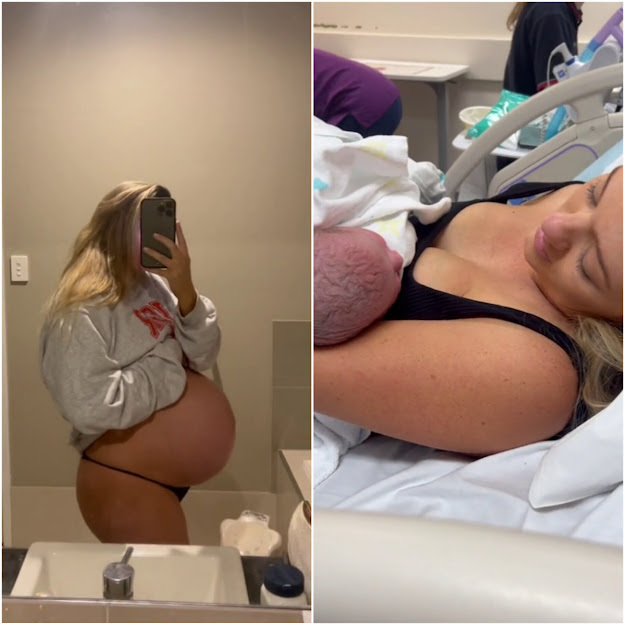 She included a screenshot from a contraction tracking app called Contraction Timer, which showed that they were coming about four minutes and 43 seconds apart and lasted just over a minute.

Based on that, the app advised her to go to the hospital.

Ashleigh called her sister and “started getting ready to distract myself,” putting on makeup before heading out the door.

Only then did she wake up the baby’s father, Steve, and tell him they needed to go.

“At this stage, they were breathable contractions,” she said, showing herself waiting one out on the drive to the hospital.

The couple walked into the emergency room, where they stopped to sit as Ashleigh breathed through yet another contraction. 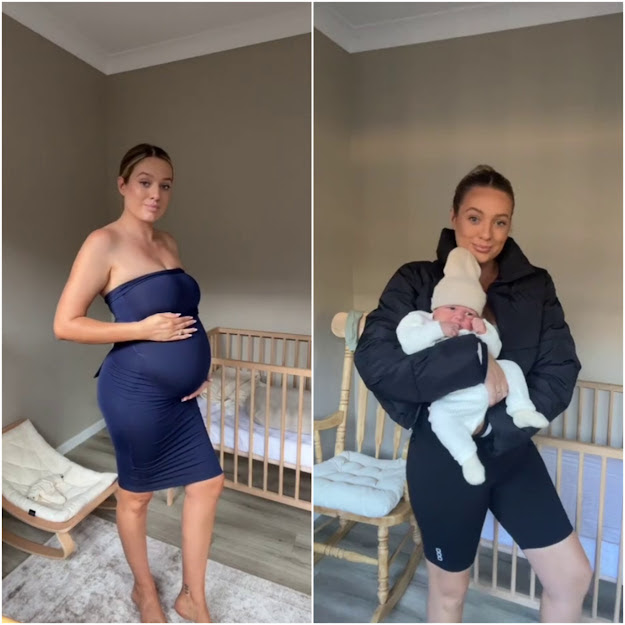 But they didn’t make it much further. As the two waited in chairs, side by side, for a test result, Ashleigh’s labor progressed.

“Within waiting for that test result and baby being born was 16 minutes,” she said. “I didn’t even make it into the room, onto the bed, before I was pushing, which is wild,” she went on.

“I couldn’t believe that it happened that quick,” she added.

In fact, she spent much more time hospitalized after the labor was over, as she needed to be monitored for 24 hours due to her gestational diabetes. 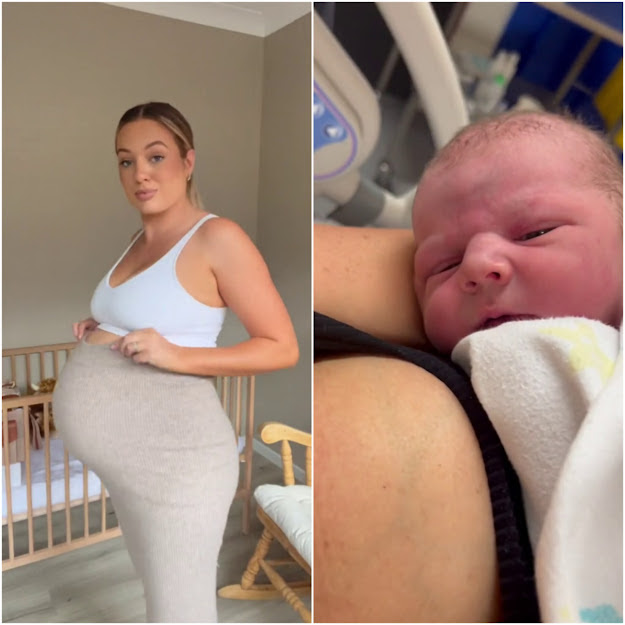 “We just laid around, enjoying all the cuddles and recovery,” she said.

“It was so wild but honestly so grateful it was half an hour of crazy and then I got my little man,” she added in a comment.

“I literally said driving there – I’m getting the epidural this time,” she added. “[Joke’s] on me, we didn’t even have enough time to get onto the bed and be checked.”

Viewers shared their astonishment, with several pregnant women saying they hoped to have a similar experience.

10 Myths About Parenting That Have Been Passed Down For Generations
2022-06-05 0 Comments
Anyone who has raised children can tell you that it’s not an easy task to do so. Parents face more...
Tabbed Widget