A 30-year-old Welsh mom from Wales experienced the miracle of life four times over in just 11 months — and no, they’re not quadruplets. Becky John, of Swansea, thought it would be nice for her baby daughter Mya to have a similarly aged sibling to play with and decided to conceive another child with her partner Jason Evans.

John, who gave birth to Mya in February, became pregnant just one week later and was shocked to discover she would be giving birth to triplets.

“I had to stare at the screen just to make sure for myself. And I counted the heartbeats one by one. It was true I was actually pregnant with triplets,” John told Barcroft, adding none of her friends believed her.

“They were all naturally conceived and they were each from a separate egg, which is really rare. Doctors told us it was the healthiest way to have triplets, because they all had a placenta each, it meant there was no risks associated with any one of them sharing a placenta,” John added. 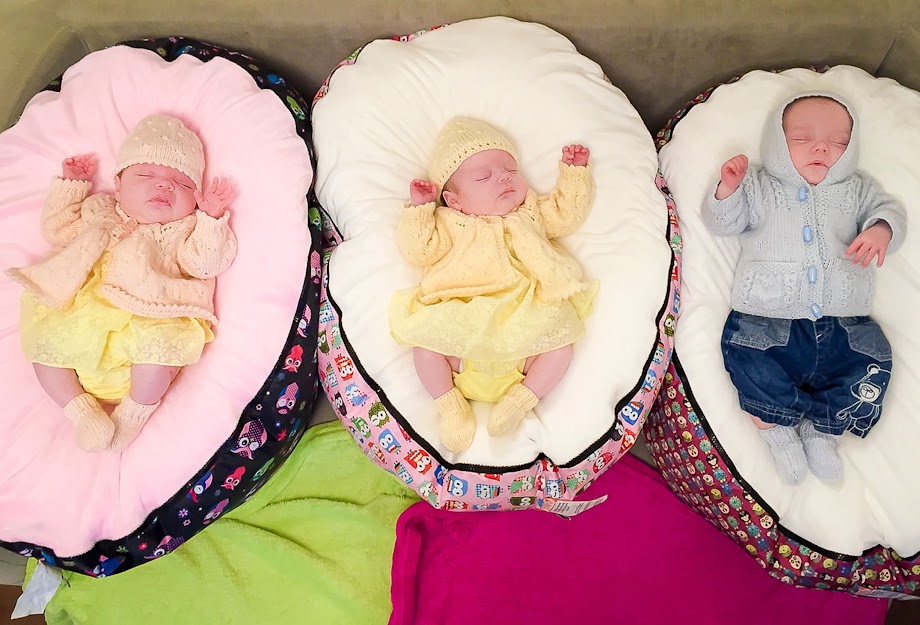 John — who also has a nine-year-old daughter named Kayla — gave birth by caesarian to Ryan, Raya and Phoebe last January.

“I was so huge by that time I could barely move and doctors wanted to get them out in case I went into labor early,” John told Barcroft.

“I’ve been carrying around nearly 15 pounds of babies. I couldn’t believe it. But I was just so relieved they were all healthy and well,” she added.

John was worried how she would manage with so many babies, but now she couldn’t be happier with her newest additions.

“Kayla is thrilled with her three new brothers and sisters and it’s lovely to think that Mya and the triplets will grow up so close in age,” John said. 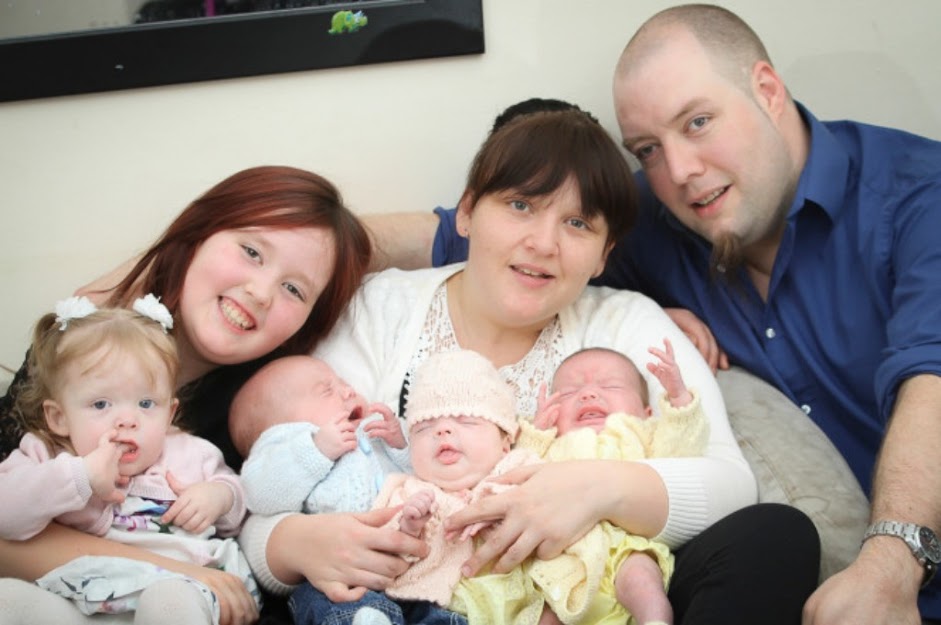