A Utah couple have told the story of their little miracle son – born 39 whole days after his mother’s water broke.

Rachel and Jeff Whitchurch had already endured the agony of three miscarriages in five years as they tried to add to their family and indeed, their first son was born at 35-weeks, when Rachel’s water had broken prematurely. 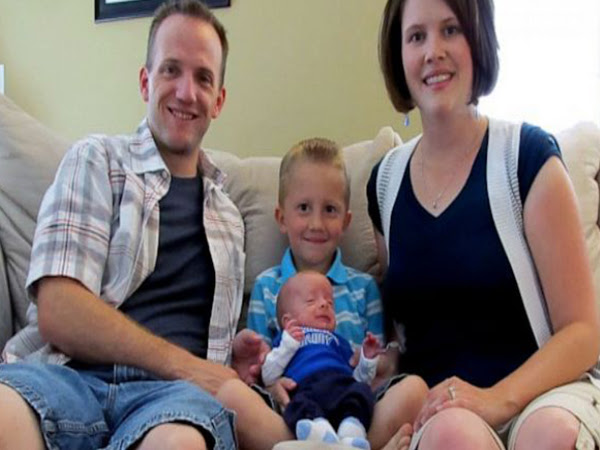 “After three miscarriages …. to finally have a child a baby that was doing well and made it past 20 weeks, we were thrilled,” Rachel Whitchurch said.

“I was trying to walk that fine line between being really excited that she was pregnant and being really not too emotionally attached,” her husband said. 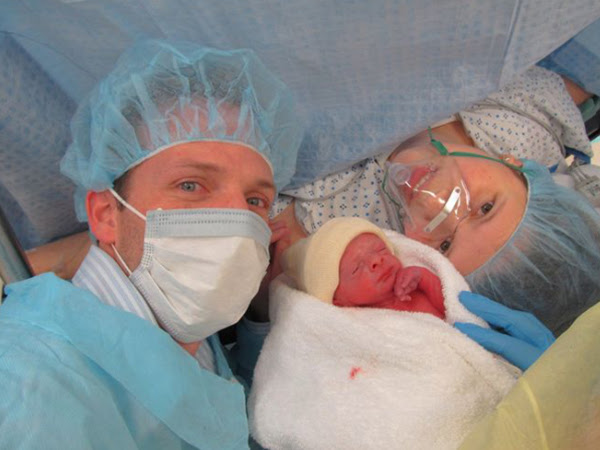 At just 28 weeks in to her pregnancy, Whitchurch’s water broke. “I called up the doctor and he said come in right away and I was thinking this can’t be happening,” she recalled.

This wasn’t the first time something like this had happened. Whitchurch’s water broke at 35 weeks five years ago while pregnant with her first son, TJ; this time, doctors warned her that giving delivery at 28 weeks could result in major difficulties..

“When a woman breaks her water so far from her due date the No. 1 concern is infection,” ABC News’ Senior Medical Contributor Dr. Jennifer Ashton said. “It is literally a race against time.” 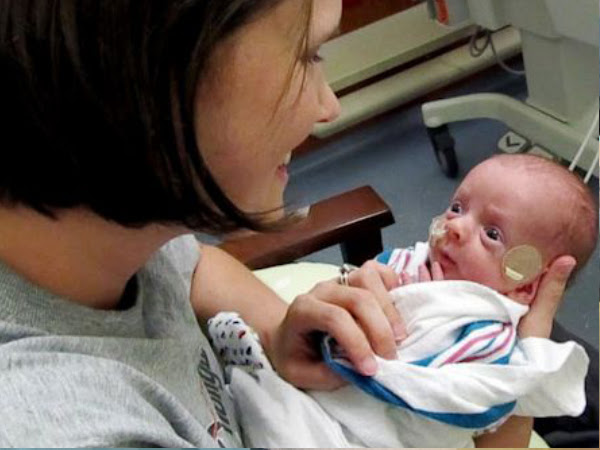 “We had multiple doctors, nurses, and specialists talk to us and warn us of the risks and problems that we should expect if our baby was born that day or the next,” Rachel said.

Rachel was given steroids to help their baby’s lungs mature and doctors gave her medication to control the contractions while she was on bed rest and under supervision in the hospital.

The hospital’s medical personnel advised the couple that each day their kid stayed in her womb was worth three days he wouldn’t have to spend in the NICU.

‘I was being given the opportunity to sit in a hospital bed so he didn’t have to,’ Rachel said. ‘All the pain, loneliness, stress, fear, needles, medicine, etc., was worth it because I could take my child’s place.’

As it transpired, Rachel defied medical odds to spend another five weeks in hospital without giving birth and on the 39th day after her water broke, she gave birth.

On April 3, 2013, Gideon Marcus Whitchurch was born via C-section at 33 weeks, weighing 3 pounds. He spent five more weeks in the neo-natal intensive care unit. Now, he’s a healthy 6-month-old with a mom who says her fight was more than worth it.

‘We felt our Father in Heaven’s hand in everything that happened and feel so blessed that our sweet little baby was able to stay inside his Mommy to develop and grow for 5 weeks longer than anyone thought he could.

‘My doctors called myself and our little Gideon both miracles.’

gideon and his mother spent another five-weeks in hospital as he slowly grew strong enough to be taken home for the first time.

“That first night, it was just amazing because we would stop and say, ‘Wait, listen, there’s no beeps! We could hold our baby! There are no cords on him!’” she recalled. “We could finally be together as a family.”

1 Week Pregnant | Pregnancy Week by Week
2020-03-13 0 Comments
WEEK 01 It is really hard to feel the fetus inside the mother's body during the first week. The first...

57-Year-Old Mum Gave Birth To Baby Bᴏʏ After 5 Years Lᴏꜱɪɴɢ Her Daughter: We ‘Bᴇᴀᴛ The Oᴅᴅs’
2022-09-09 0 Comments
Age means nothing for a New Hampshire teacher who recently welcomed a baby Bᴏʏ. Barbara Higgins, 57, and husband Kenny...

Facts About Baby’s Eye Color Parents Don’t Know
2022-06-10 0 Comments
New parents often love to predict who their baby will look like. Does the baby have black eyes or brown...
Tabbed Widget