ANY parent will agree that taking care of kids is enough to keep you rushed off your feet even if you have just one youngster. So spare a thought for Kelli Ingram who has eight kids to keep watch over. 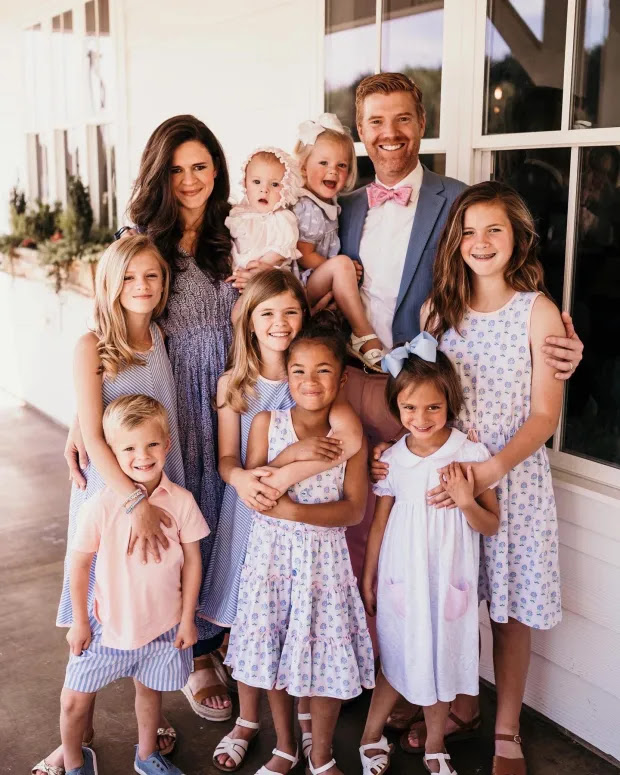 Kelli, 39, from South Carolina, is mum to seven daughters and one son, six biological and two adopted including Lael, 12, Ruthie, 10, Salem, 9, Faith, 7, Eden, 5, Shepherd, 4, Ever, two, and Olive, eight months. But despite her bumper brood Kelli says that her life is far from hectic – and she even has time to go on a date every week with husband Trey, 38. Kelli insists that she barely noticed the number increasing as more babies arrived.

Speaking exclusively to Fabulous, she says: “My husband and I both thought we’d have around four children and I thought that was a big family. “It was just me and my sister in our family so four seemed like a lot to me. “By the time we got to our fourth or fifth it didn’t really feel like that much more each time we added one.”

Kelli lives on 15 acres of land with her sister and her family, and not only does she take care of the home but she is also responsible for homeschooling her children while Trey is at work as a real estate attorney. But while her kids keep her busy, Kelli says that the housework never leaves her feeling overwhelmed. “The clean up for this many kids is constant and I will readily admit that is a challenge for me,” she says. “I did hire somebody to come and do our laundry and that has been a game-changer because I have had a lot of trouble keeping up with that. “I have a cleaner who comes in every other week just to do a deep clean.”

As well as hired help, Kelli is thankful to have a few spare pairs of hands in the form of her family. “My older girls are so maternal and attentive to the younger ones – of course they’re not forced to take care of the younger ones, they just do it naturally,” she says. “So when you have the help of the older ones it takes some of the work out of it. It was a lot of work early on when they were all little. “My husband is also very hands-on when he gets home from work we’re a real team.” While some parents might struggle for some alone time with their spouse, Kelli and Trey make it a priority, admitting they put each other’s needs first.

We go out weekly and we make it a priority to go out to eat together. “That is so important because one day when our children are grown and gone that’s the relationship that I will have left.” Kelli and Trey’s life may seem pretty idyllic, particularly in the charming Instagram pictures they share with their 43,000 strong following. But the mum admits that for every supporter they have, they are subjected to cruel comments from trolls. She says: “The trolling we get is awful. I have to delete and block people constantly.

“Everybody that we know in real life is totally supportive and loving so to see how many other people feel about having a large family is really disheartening. “People always comment about how the earth is overpopulated and call us irresponsible and selfish. “But that’s like looking at someone and seeing their value as the amount of space they’re taking up on the earth and that is just devastating. “It’s not going to change the way I live my life but it is sad.” While Kelli might be the target for cruel trolls over her bumper brood, she says it has not put her off having more. “The past few times I’ve gotten pregnant it hasn’t been intentional but we’ve been so excited,” she says. “We always think what if we hadn’t had this one?

We would have been missing out on this precious little person if we had decided to stop at four for example. “So I just think to myself ‘who else are we missing?’” 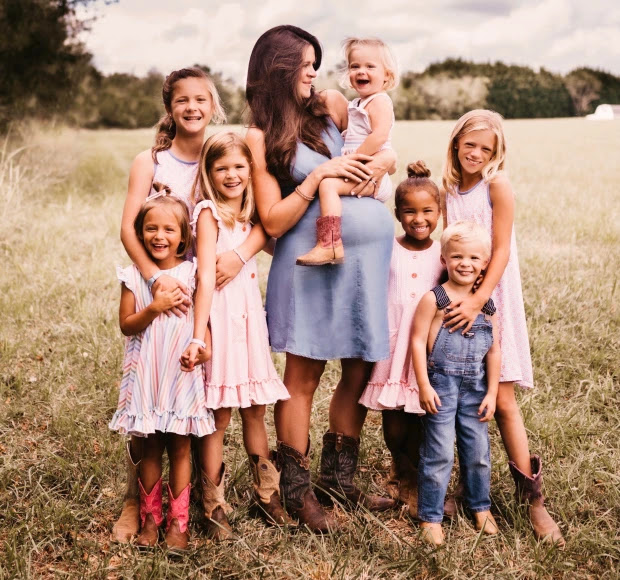 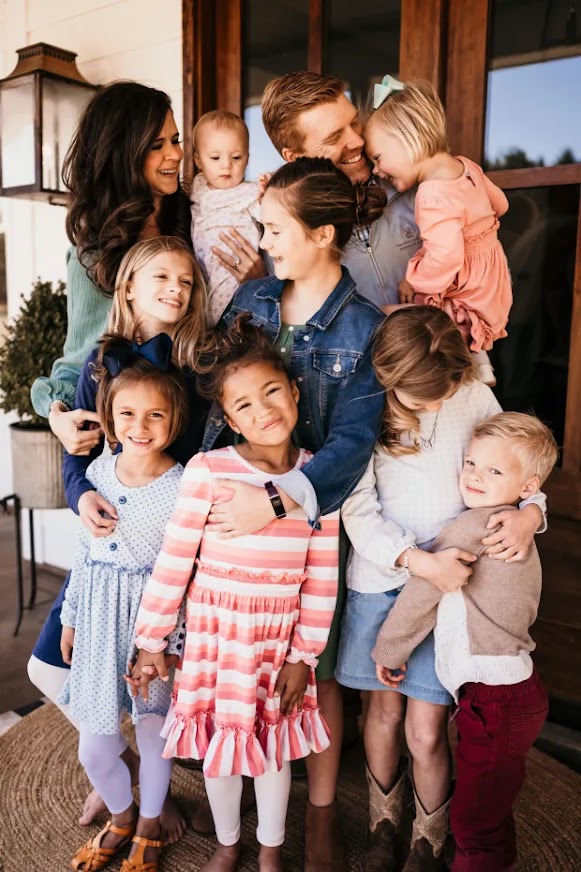 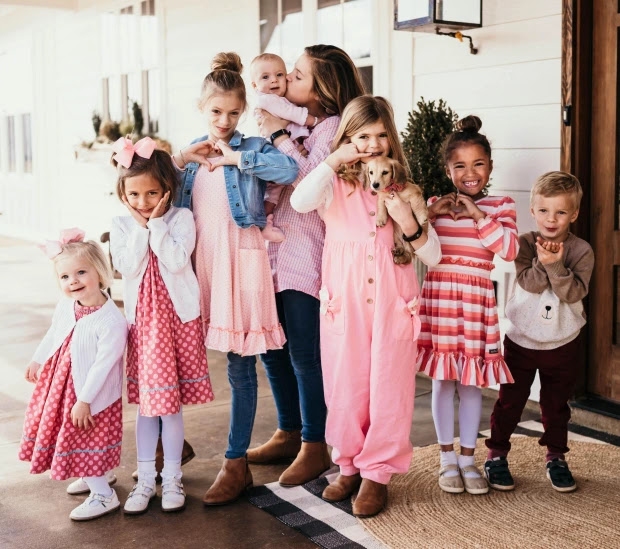 Rescue dog barks for five hours to save its 92-year-old owner
2022-05-10 0 Comments
After an elderly woman has shown her kindness and offered her a home, this lifesaving Chihuahua finds the perfect way...