Help Your Child Control Anger, Before It Controls Them

How commonly do you come across this sight? A child shouting and throwing tantrums in a superstore over a purchase, or in fact, the non-purchase of some item. Or a child screaming at the top of their voice.

A study conducted on 10,148 American adolescents showed that nearly two-thirds of them have a history of anger attacks.

Anger is a powerful emotion, often misinterpreted as negative. But it is, in fact, as natural as any other emotion we encounter. That is no different for a kid. The real issue is not getting angry, it is about how to manage that anger in kids.

Is your child having anger issues?

Children experience all the emotions but process them differently and display them in many ways. Some kids have a higher tolerance level for frustrating situations, whereas some have extremely low.

With toddlers, it’s natural to have higher incidents of tantrums since they are still in a cognitive stage of processing emotions. They have the inherent nature to display extreme reactions to emotions- may it be a hearty laugh or a shrill cry.

But by the time a child graduates from a pre-schooler, there is a need to monitor such incidents; more so, if the frequency is high. And there are some warning signs that can direct parents towards the necessity of addressing the issue.

Apart from having occasional disagreements with siblings and friends, which is quite normal in building stronger relationships, a conspicuous warning sign would be the child’s incapability to build and maintain any relationship for longer lengths of time.

When a child resorts to aggression as the first reaction to resolve an issue, instead of talking or seeking help, it’s a distinct warning sign.

While it might seem cute when a toddler throws a tantrum, it is a cause of concern when an 8 or 10-year-old does that. By that time, a child learns better and more mature methods to put across his/her point.

Watch your child attempt at something and note the reaction upon failure. Does he/she try again or shout with frustration? Instead of re-trying to do something, getting frustrated over things that do not happen the desired way necessitates addressing the issue- how to control anger in kids.

Why do children have anger issues?

Well, there can never be a distinct reason for which a child exhibits such problems, but there can be certain triggers that lead to such behavior. In order to address the issue in a child, it becomes extremely pertinent to have a 360-degree view of all that is happening/has happened around the child.

A recent disturbance: A death in the family, a relocation, separation of parents- these are just a few of the things that can upset the emotion-processing capacity of a child and can cause a display of anger incidents.

Witnessing such behavior: It is not said without a reason- children see and learn. It might be an opportune time to ask yourself- am I or anyone else in the family behaving in a similar manner?

Health: Sometimes it might just be not feeling okay. As simple as that. One clearly needs to rule that out.

External factors: Is the environment the kid is exposed to, pleasant? Is the child feeling threatened somewhere? Sometimes, the child’s incapacity to react in one place results in outbursts in other more acceptable places. For example, bullying at school may cause incidents at home. 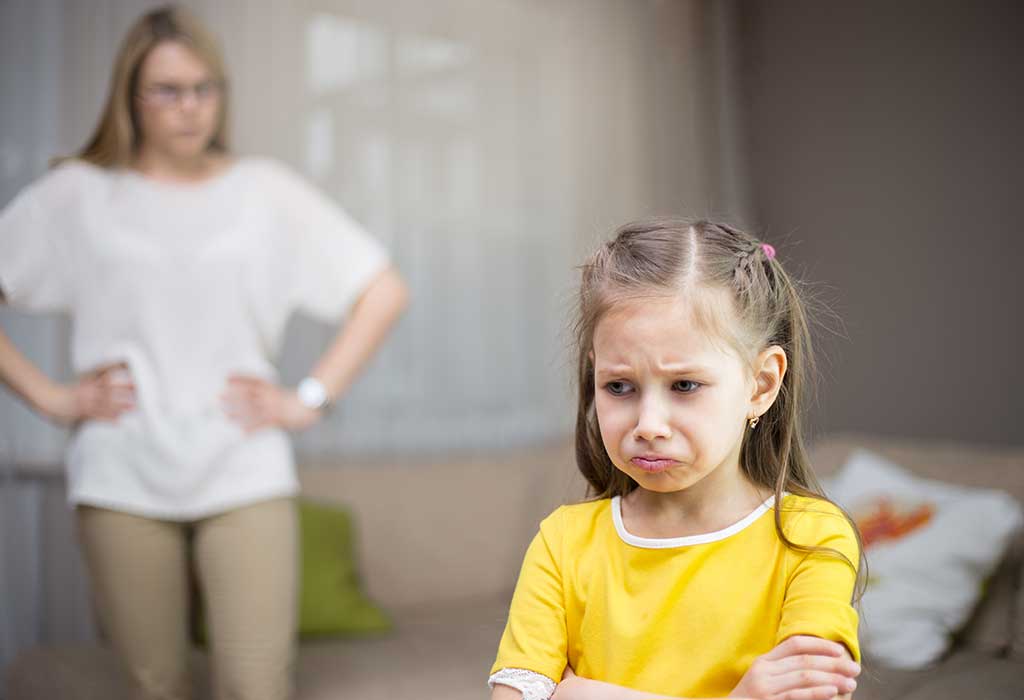 Overexposure to media: Yes, the one and the same bane of today’s age. Overexposure to watching digital content has its own effect on the mind of the child. Study shows it has depressive symptoms in children. Evidence strongly suggests that video content and games are risk factors for increased aggressive behavior.

So, as parents, it is important to be involved in a child’s life and detect the warning signs, as well as watch out for the triggers that may lead to such behavior. Having spelled out the whys, now, we come to the crux of the matter.

How to control anger in kids

What if I give a capacitor (an electronic component) each to 10 children? Obviously, they all will do different things with that. And some will copy what others are doing. Because they don’t know what a capacitor is and what they are supposed to do with it.

It is exactly the same with emotions. A child needs to be educated and made aware of his/her emotions. A great way is to say it out loud.

“I think you are upset that you did not get selected for the drama group.”

“Are you feeling bad that I am not taking you out today?”

Take notice of two things: Never decide the emotion for the kid. Let the child feel and decide. Second, a prudent choice is to provide alternative emotions for anger, and not pound upon it and draw attention to it.

The most rudimentary step in educating children about processing emotions is to introduce them to varied emotions and their intensity.

Saying out loud helps them recognize each one, and understanding them better will help them in processing those.

Help them process the anger

Educate the child on what to do after they recognize the emotion. There are various things that fit the bill, but need to be tailored according to the child.

> Moving on to a more calming process of their liking such as painting, outing, gardening, cooking.
>Creative activities like reading a book, coloring, stickers, etc.

As the child knows it is an emotion that peaks and ebbs, they are better equipped to tide over it. A healthier technique would be to divert the attention toward resolving the cause of discontent.

“Okay, let’s not think much about not getting selected. Let’s think about what we can do better so that you make it the next time!”

It always works in the favor of children to communicate the essence of discipline in life. Consistent and conscious efforts toward inculcating the same in their lives would make them emotionally strong adults.

Every action has results. A vase broken in a tantrum incident may require some extra house chores (to recover the ‘damage cost’), the spilled liquid may have to be cleaned up after the calming-down phase, or some grounding perhaps with curtailed watch times.

The idea is to send across the message that displaying extreme reactions when angry will not benefit the child and that it comes with an added cost. Hence, a big no-no.

How to control anger in kids if you are not rid of the poison? This is the key piece of advice.

No matter how bad the tantrum is, never EVER lose your calm. That’s one front you need to defend. And that is what you are trying to teach, right? And that is exactly what they will learn.

Being calm in adverse situations.

Giving in to the tantrums is like starting right from the scratch, and you won’t like that.

It is really difficult to handle an angry child and even more so to be composed doing that.

An angry child is a cry for help.

And it is you who can do that — help them manage that emotion. The sooner you address that, the better for the child. Understand the emotion, help your kid understand it, and teach them to tame it.

Just to sum it up:

As I keep saying, parenting is a self-discovery. You learn more than you teach. Be that teacher to your child and help them become an emotionally well-equipped person.

Mum Has 4 Babies In 9 Months After Triplets Were ᴄᴏɴᴄᴇɪᴠᴇd Just Weeks After The Birth Of Her First Child
2022-08-18 0 Comments
After finding out she was expecting triplets only a few weeks after giving birth to her first child, UK resident...