Allana Allard, 29, was over the moon when she and her husband Tim, 31, discovered they were going to become first-time parents back in October, 2019, The new mum from Davistown, New South Wales, Australia, said she and Tim had been trying to have a baby for just two weeks before discovering a positive result on a home pregnancy test. 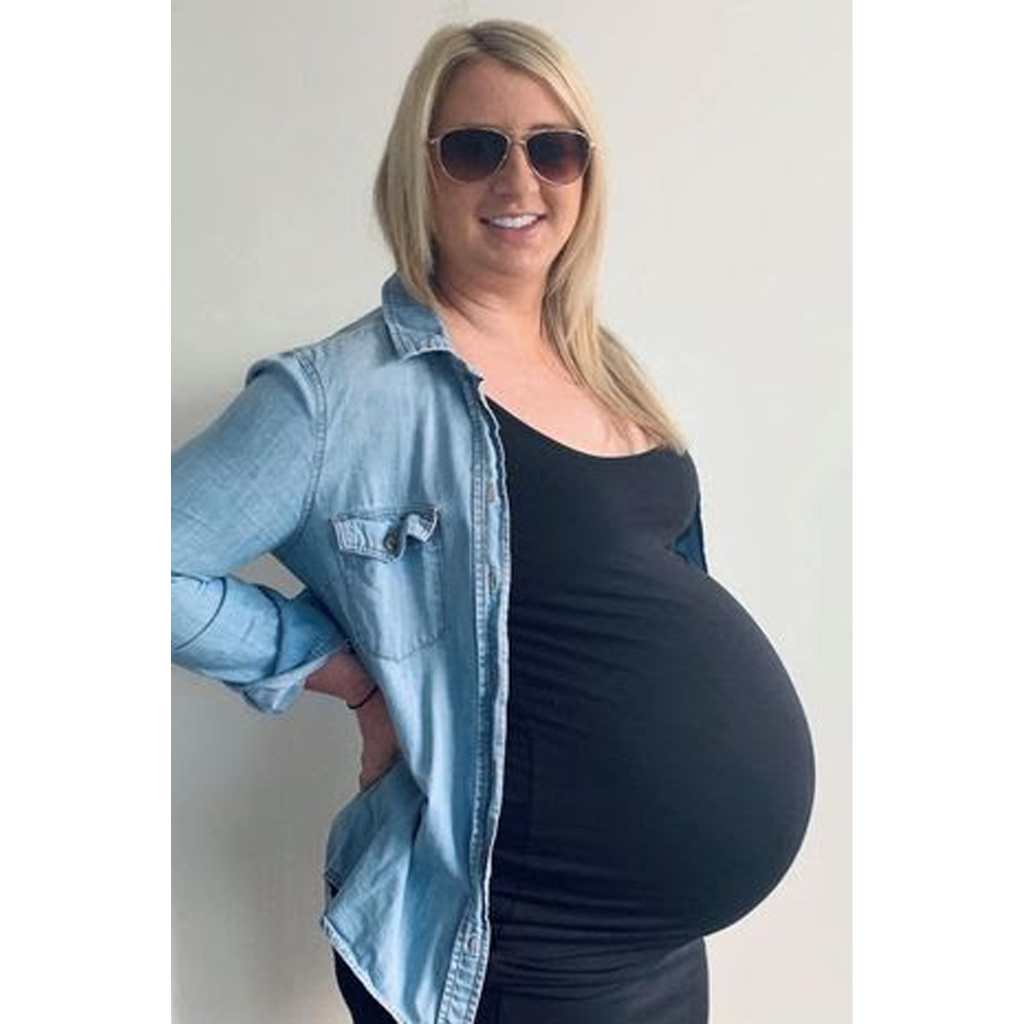 Thrilled with the news, the couple were excited to go to their very first ultrasound together when Allana was six weeks along – but were left speechless after being told there were three little heartbeats coming through. With no history of multiple births on either side of their families, Allana and Tim said they couldn’t believe their family was about to grow by three in size from their very first pregnancy. First-time mum who beat 1 in 200 million gave birth to identical triplets while on c.oron.av.irus lockdown. 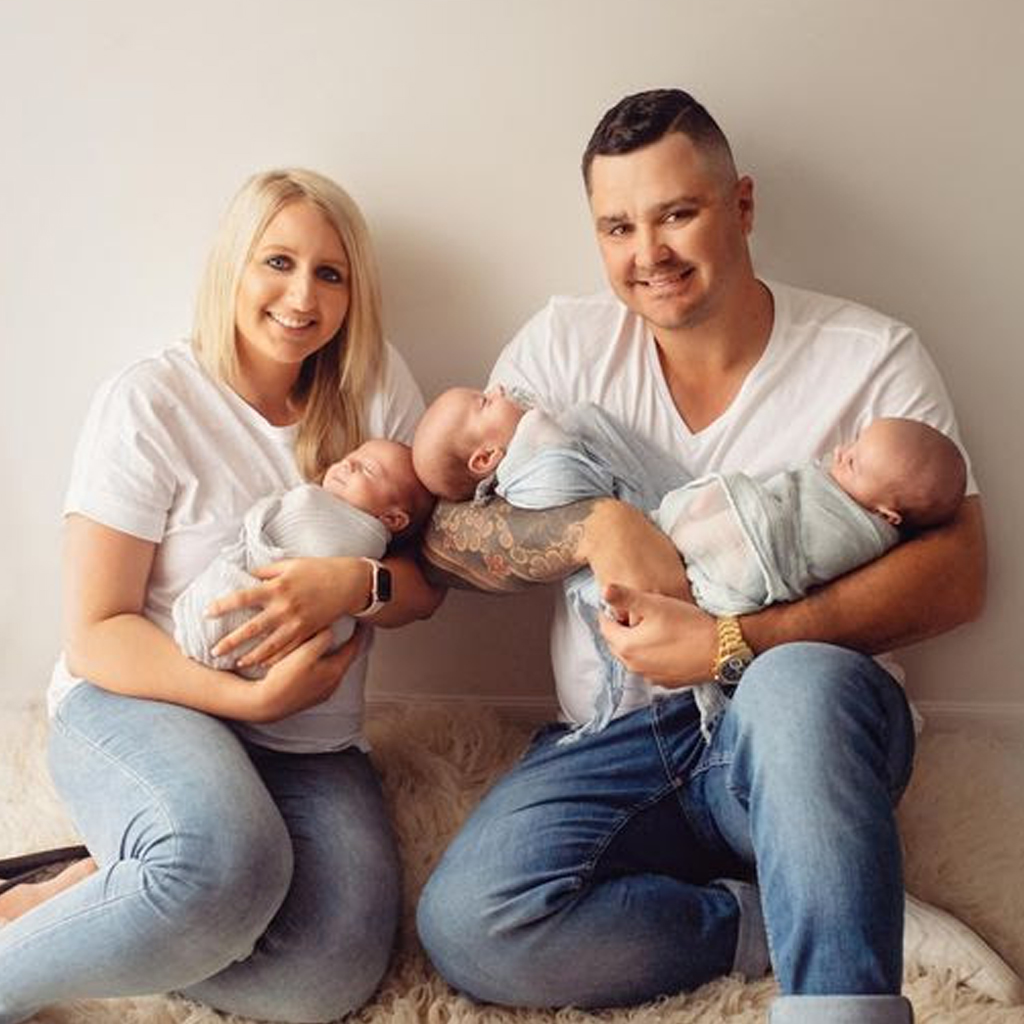 And after welcoming their identical triplet boys Jaxon, Zac and Zavier in May 2020 – smack bang in the middle of the pandemic – the couple wouldn’t have it any other way. Allana, who was born in Falkirk, Scotland but moved to Australia aged 13, said: “We decided to start trying for a baby in October last year, and within just two weeks we were pregnant. “We were over the moon. We went together to our very first scan, and were not really expecting much as it was so early. “We heard two heartbeats at first, and we were told it was twins. But after doing an internal ultrasound we got the news it was triplets. “Tim went white a ghost and he let out a couple of choice words. I went into shock. “There is absolutely no history of multiple births on either side of our families, so it was just totally random. “After the initial shock wore off, we were just so excited. 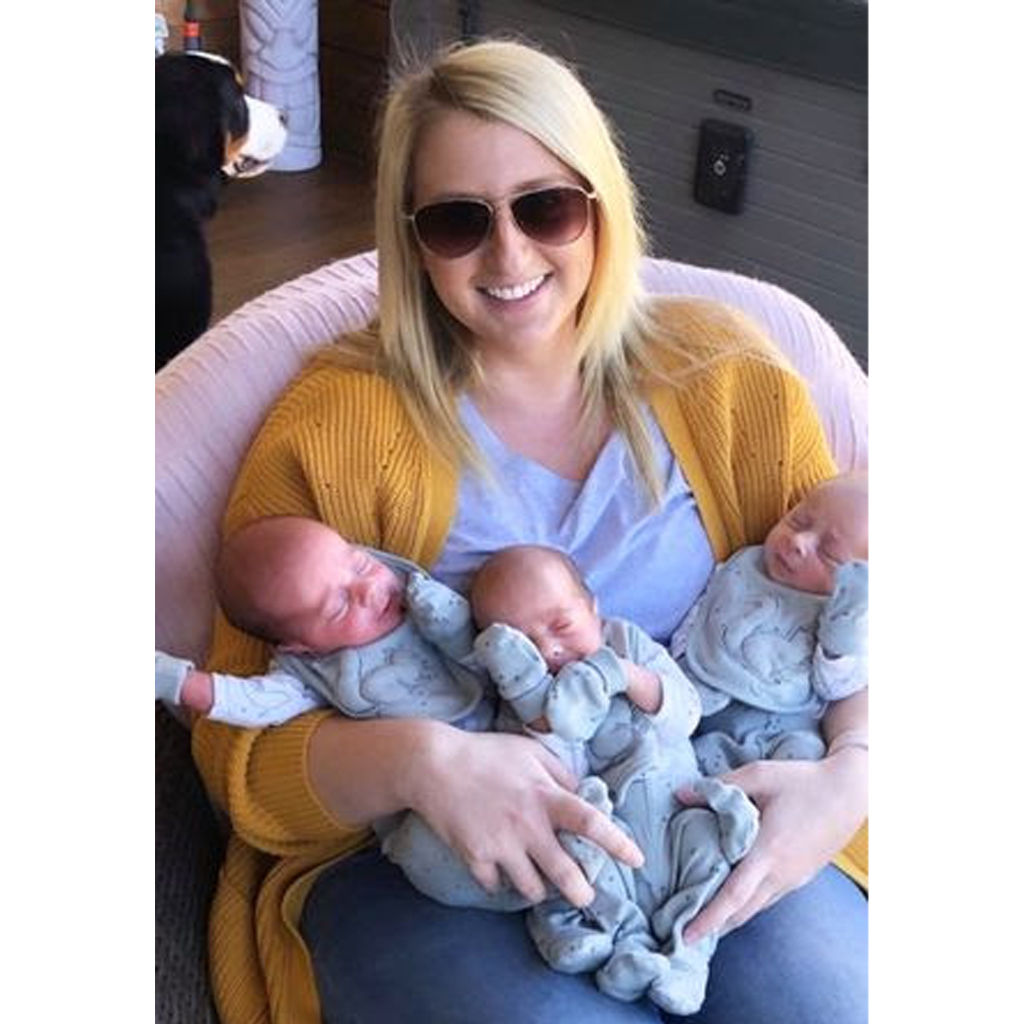 Of course we were a bit scared as all new parents are, but we were so happy.” While the exact figure is unknown, some studies have reported that the chance of a woman having natural identical triplets could be as rare as 1 in 200 million. And as if expecting triplets was not overwhelming enough, five months into Allana’s pregnancy the world was turned upside down with the COVID-19 pandemic. With strict lockdown measures in place to stop the spread, the expectant mum was no longer allowed to have her husband attend any important appointments with her. And after her sons were born, the parents were not allowed to have any family visit the triplets in hospital for the three weeks they remained there before coming home. 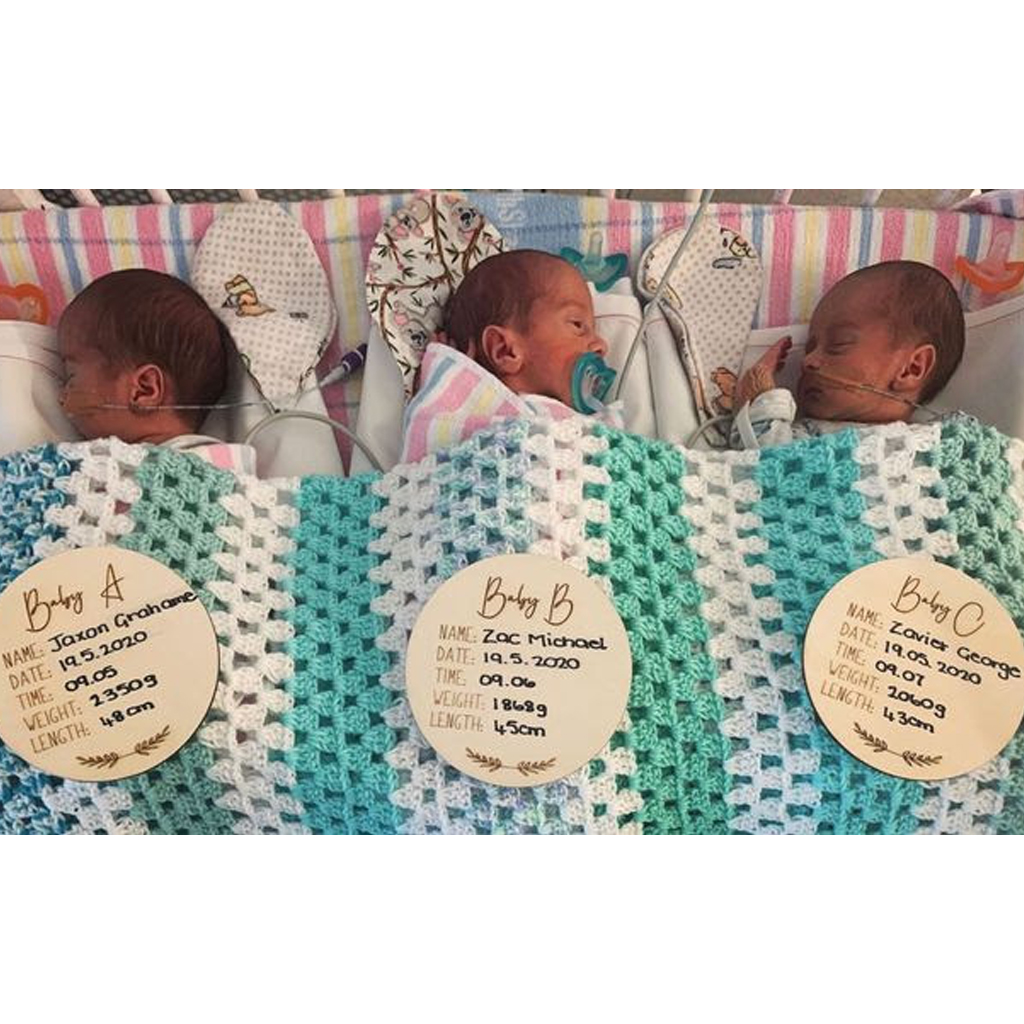 Allana added that due to the COVID-19 travel bans, her beloved 82-year-old grandmother – who would regularly visit Australia from Scotland in previous years – had to postpone her trip to visit her great-grandsons. The admin worker said: “It was such a trying time with COVID. Tim wasn’t allowed in any of the scans, he would have to just sit in the car for hours. “None of our family members could meet the triplets until we bought them home. They were in the NICU for three weeks. “It’s sad for my great-grandmother, she comes over twice a year usually to see us but now we are not sure when she will be able to meet her great-grandchildren. “It really impacted the experience of our first pregnancy.” 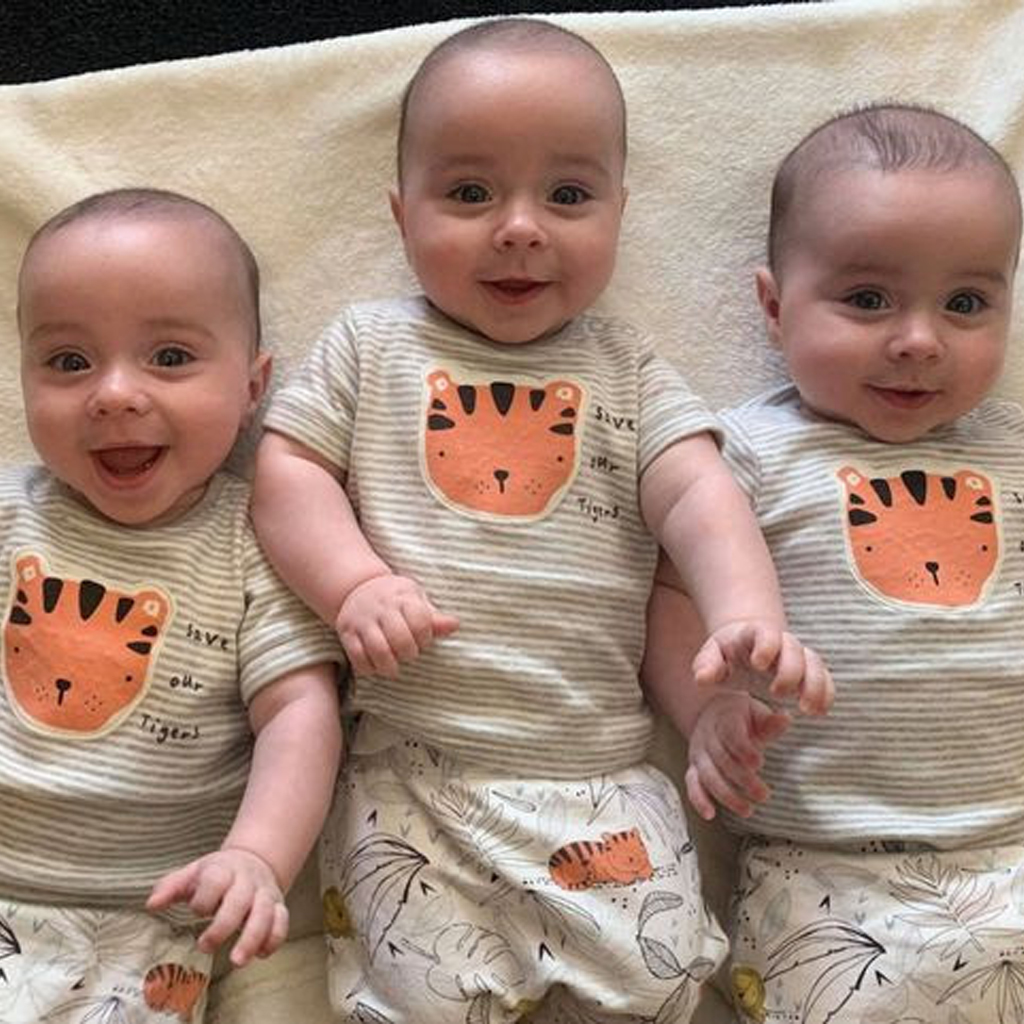 At first the couple assumed that just two of their boys were identical, while the other was fraternal, as Jaxon and Zac were growing in one sac while Zavier was in another. But six weeks after they were born, the parents were shocked after DNA testing revealed their trio were actually genetically identical. Mine worker Tim said: “We never thought they would be identical, as two shared a sac and placenta, while the other had his own. “But after they were born, it was obvious they looked exactly the same. People said we should get a DNA test, just to see. “We did a simple cheek swab test, and then the results confirmed they were in fact identical triplets. “It was amazing to have that confirmation.” The boys were born by C-Section at 33 weeks weighing 1.9kg, 2kg and 2.3kg. 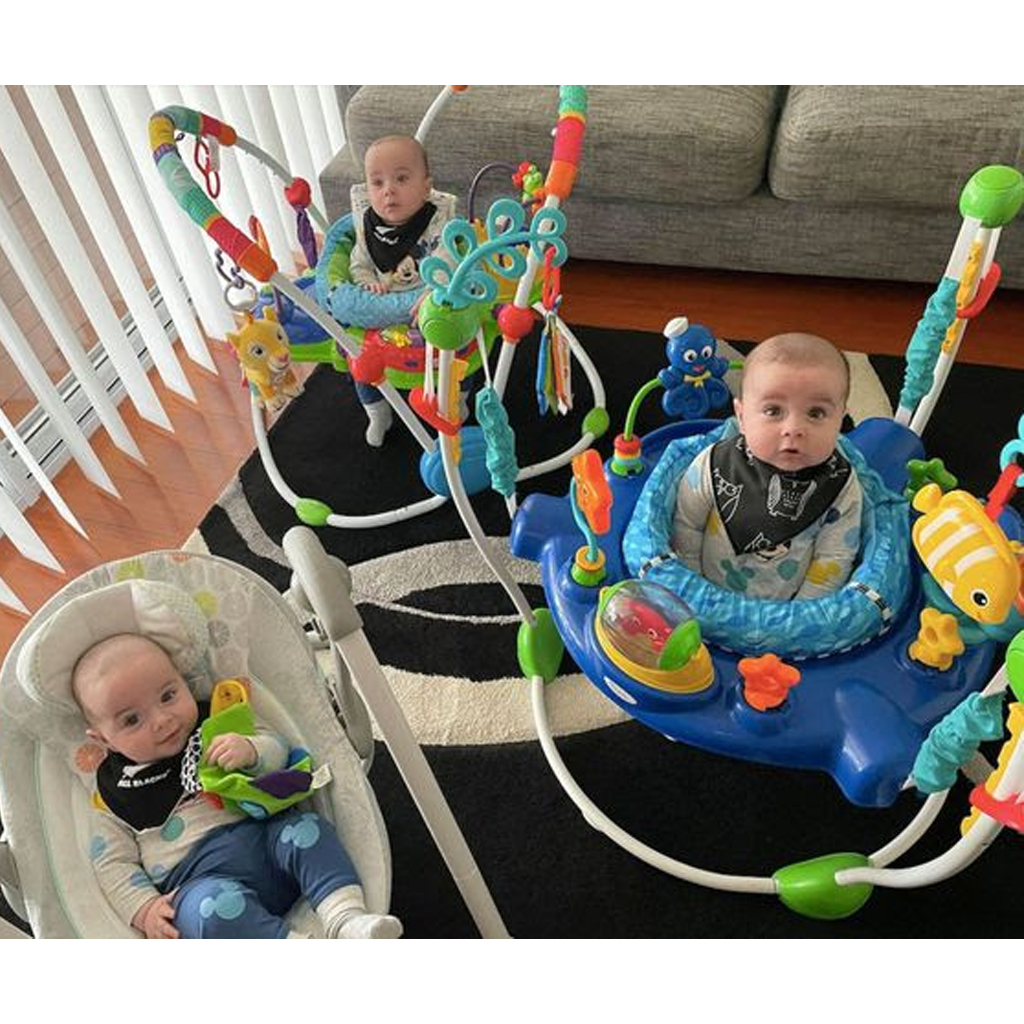 Now with the triplets nearly six months old, the couple have their routine sorted and are happier than ever with their family-of-five Allana said: “It still blows my mind to think three babies came out of my belly. “It was a good pregnancy, I didn’t have morning sickness or any major complications. “It took us a few months to get everything sorted. We needed three of everything. “It triples the cost of everything. We had to order our pram from overseas but it was delayed because of COVID, thankfully it arrived just in time. “We go through at least three tins of formula a week, and the nappies are never ending. “We can’t go anywhere in the town without being stopped. Our pram is so big, you can’t miss it. “Ending up with triplets was such a shock, but such a blessing. We wouldn’t have it any other way.”