If you’ve ever seen a baby kicking around in the water while wearing a neck float, you know how adorable it is, but the Food and Drug Administration (FDA) is urging parents to stop using the inflatable floating device with babies. Typically used for water therapy interventions, an FDA report stated that one infant died and another was hospitalized after using a baby neck float.

“The risks of using baby neck floats include death due to drowning and suffocation, strain, and injury to a baby’s neck. Babies with special needs, such as spina bifida or SMA Type 1 may be at an increased risk for serious injury,” the FDA wrote in a safety communication about the product. “While the FDA believes that death or serious injury from neck floats is rare, health care providers, parents, and caregivers should be aware that these events can and do occur. It is also possible that some cases have not been reported to the FDA.”

Baby neck floats are typically used as a water therapy tool to help increase strength and motor development in infants. The FDA noted that both the child who died and the one who was hospitalized weren’t being properly monitored by their caregivers; however, the agency has never given clearance nor approval for the product to be used as a water therapy tool. In fact, the communication clarifies that the “safety and effectiveness of neck floats to build strength, to promote motor development or as a physical therapy tool, have not been established.” 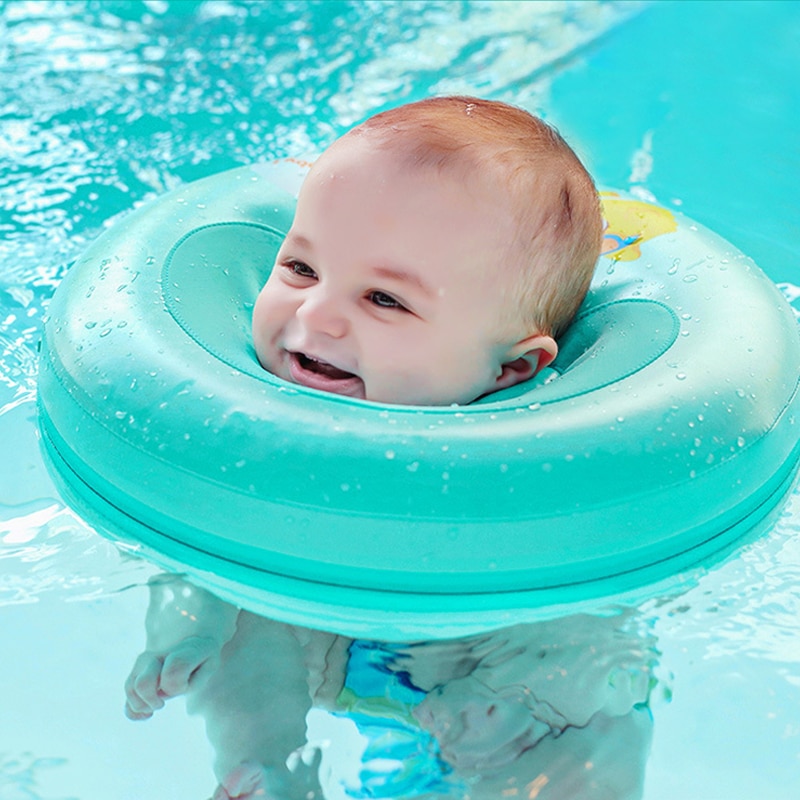 Baby neck float makers claim that the products help “increased muscle tone, greater flexibility and a range of motion, increased lung capacity, better sleep quality and increased brain and nervous system simulation.” The FDA has noted that all these claims are unproven.

In addition to water therapy, some parents use these types of products to help get their baby used to the water—whether that’s in the bath or the pool. “Some neck floats are marketed for babies as young as two weeks old or premature babies and are designed to cradle a baby’s head while their body moves freely in the water,” the FDA explained.

But anytime an infant or toddler is in water or near water, they should always be monitored closely by a supervising adult, and never be more than an arm’s reach away. Infants and young children should never be left alone while in the bath, pool or near other open water. 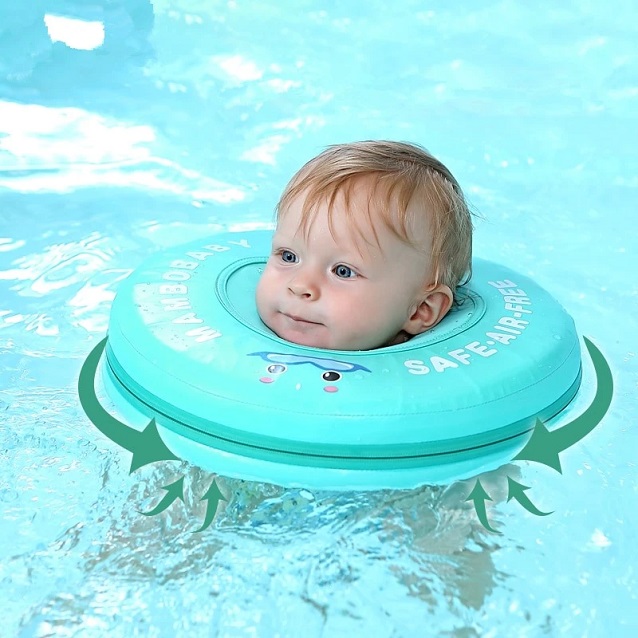 With summer here, floatation products like these may be purchased more frequently as families find ways to swim with their babies. There are other swim devices on the market, like puddle jumpers, which also aren’t as safe as they seem. Experts say that puddle jumpers train young children to swim in a vertical position instead of the life-saving horizontal position, and reliance on one from a young age can set up dangerous water habits that go against accepted water safety rules.

In fact, many experts expressly don’t recommend using any type of floatation device for children in the water, as it can offer a false sense of security for both children and their caregivers.

“They should never replace adult supervision, which should be close, constant and capable,” Dr. Sarah Denny, an associate clinical professor at Nationwide Children’s Hospital, tells Motherly.

If you’re in need of some strong water safety tips, we’ve got you, mama. And remember, swim lessons starting around age 1 are the best way to ensure your child is safe and confident in the water.

Mom Giving Birth in the Car Park: That Moments When the Baby is in a Hurry to Be Born
2022-05-07 0 Comments
With all the drama of a movie script, this heart-thumping birth story is equal parts beautiful and thrilling … and...

If Babies Do 8 Of These 12 Things, They’re No Longer Newborns
2022-08-21 0 Comments
Newborns bring a lot of cheer and happiness to a family. But, they also make new parents nervous and anxious....
Tabbed Widget