Michael and Margaret, who are first-time parents, are going through every new parent milestone with five times the zeal! Come see for yourself how they do it. After two m.iscarriages and many months of trying, Michael and Margaret Baudinet were starting to lose hope of ever becoming parents. Then Margaret discovered she was pregnant after fertility treatment. And not with just one baby … but five. 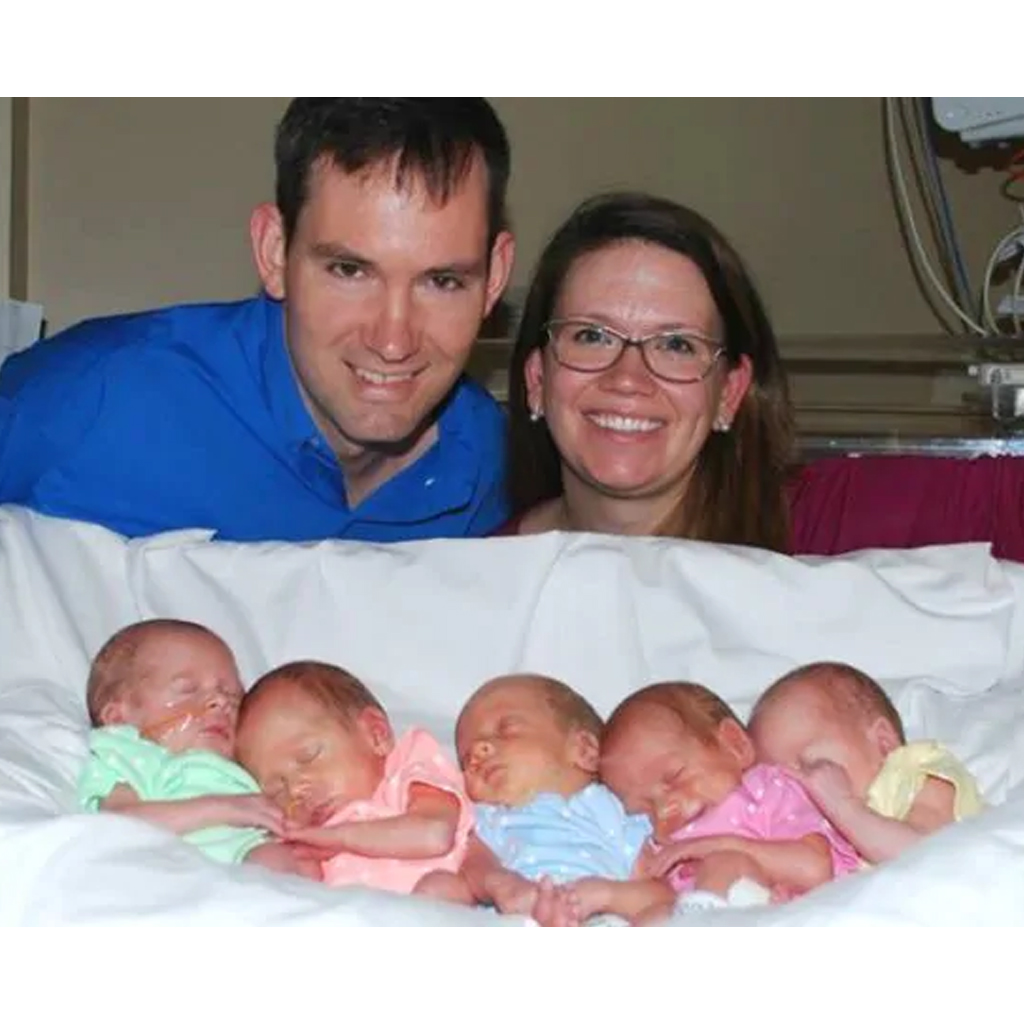 The American couple welcomed their five “bundles of Baudinet” – Ava, Clara, Camille, Luke and Isabelle – on 4 December 2016  (eight weeks premature). The babies (together with their mother and father) returned to their home in Virginia after spending the first few weeks in Arizona under the care of a specialist doctor. Five little bums to change; five little mouths to feed; and five little babies to take care of. Like most people who meet the Baudinet bunch, we’re wondering how they do it. Turns out, with plenty of patience, persistence and products that are a must for all parents with multiples.

It takes a village… 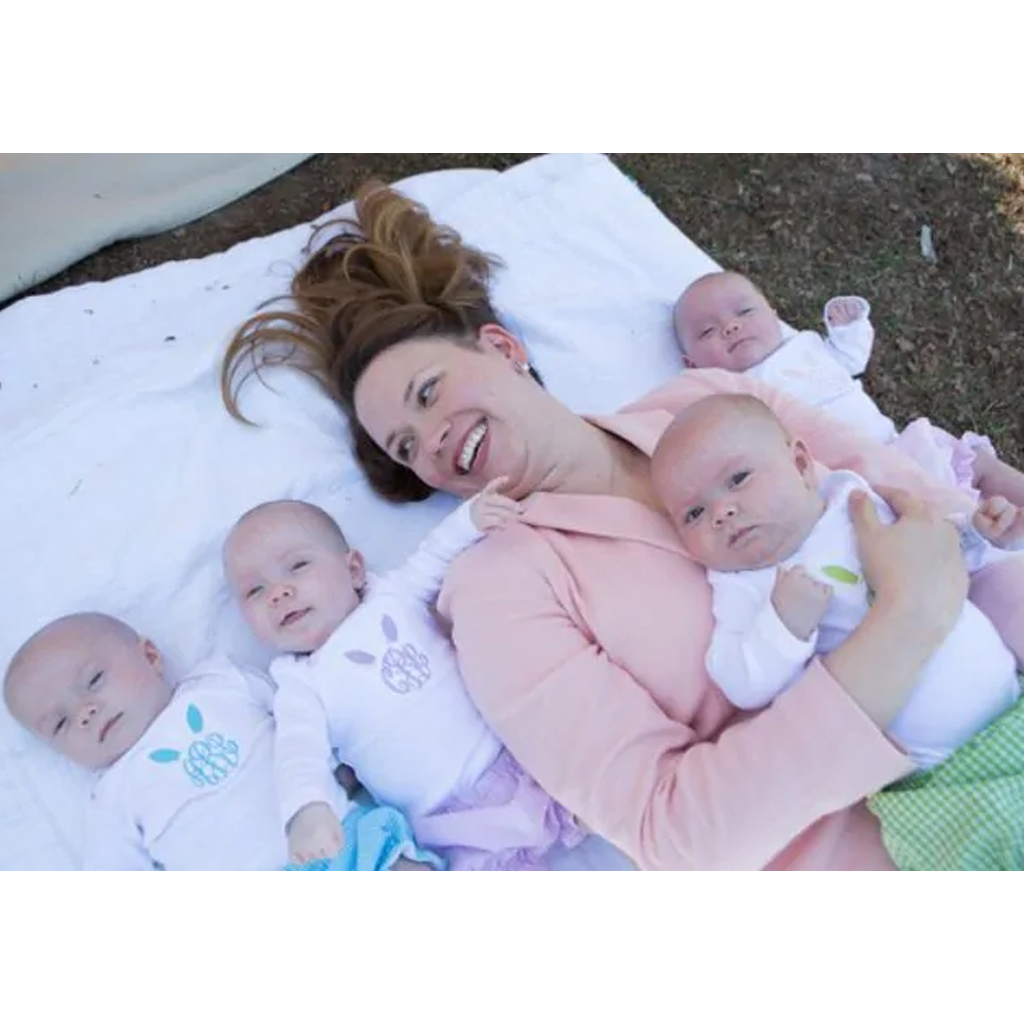 Michael, 35, said he and his wife quickly realized they couldn’t raise five children on their own. Two au pairs and more than ten volunteers exchange shifts throughout the week. And help has come from some unexpected places, they said.

“The kids have a Facebook page and there have been a few women who emailed me there and said, ‘I love babies, can I come help?” Margaret said. “Another volunteer is in a knitting club with my best friend’s mother-in-law. There was a feature about us in the U.Va. alumni magazine – we went to the University of Virginia – so some of the alumni saw that and reached out.” 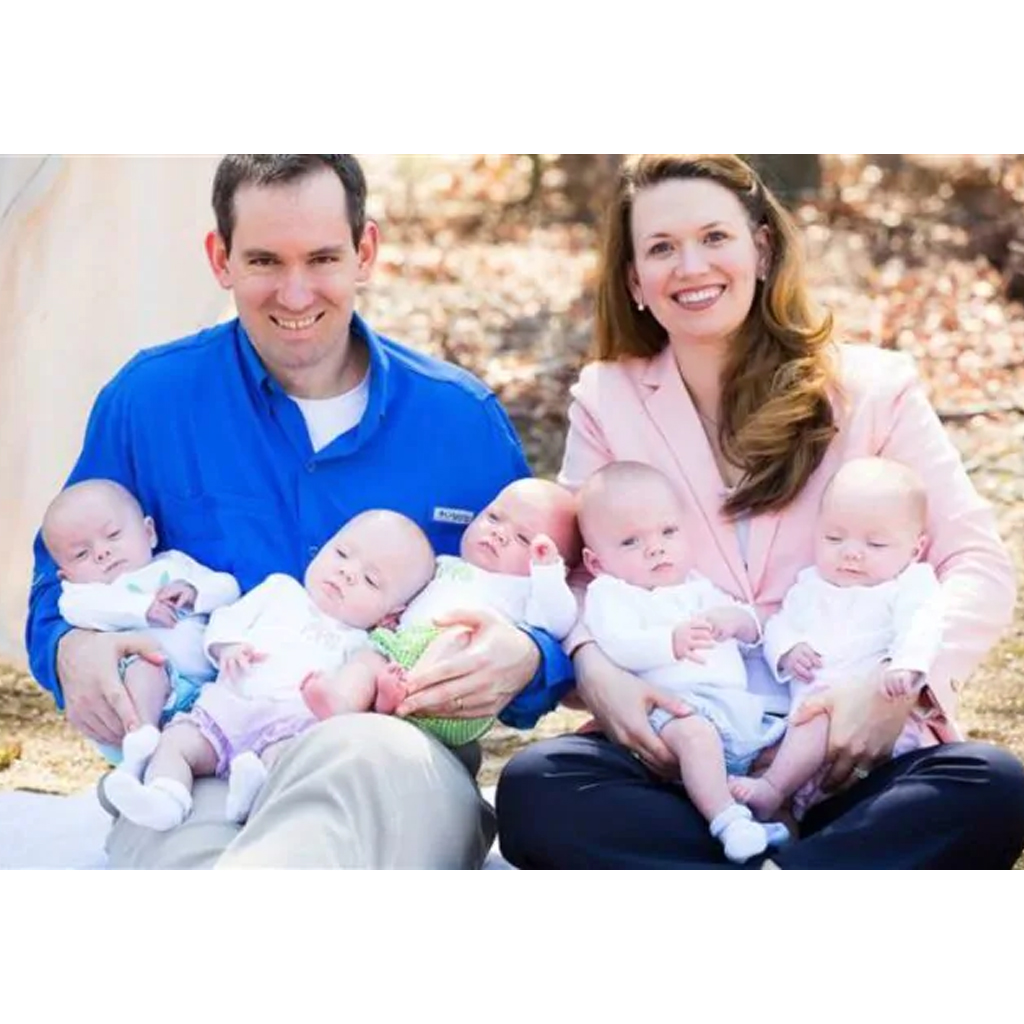 Sticking to a schedule is key, although sometimes that means it feels like they’re running a business instead of a family.

“I’m definitely the lead manager of this operation,” says Margaret. “We’ve got them all on the same schedule.” 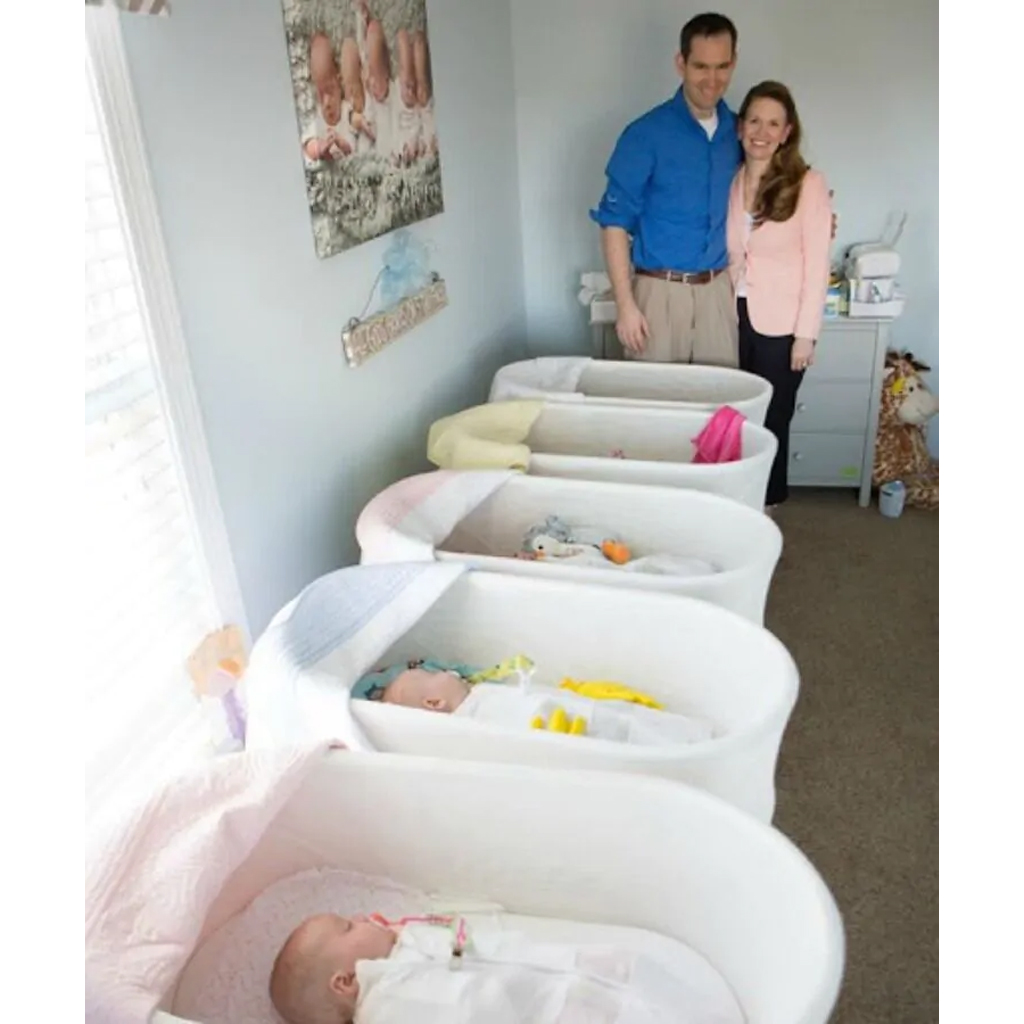 Margaret explains that the babies feed every four hours. Because two kids require a unique sort of formula, the quin’s grandmother served as the official “chemist” in charge of producing the bottles ahead of time for the first few months. Margaret or one of their au pairs is now in charge of this task. Each feeding session necessitates the participation of at least two, if not four, persons. 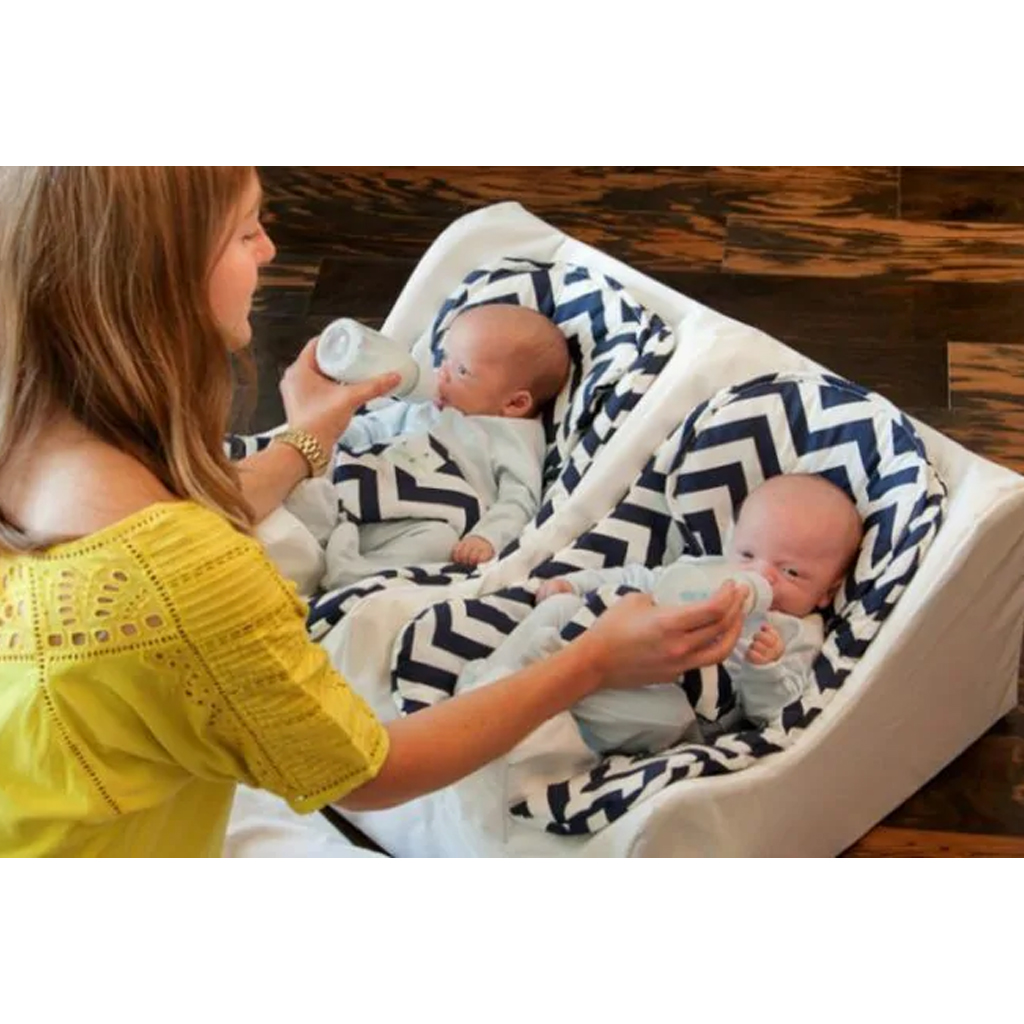 The babies also have managed to master synchronized sleeping, from around 12.30am to 7.30am, giving mum and dad a seven-hour break each night.

Finding the right products was also a game-changer. 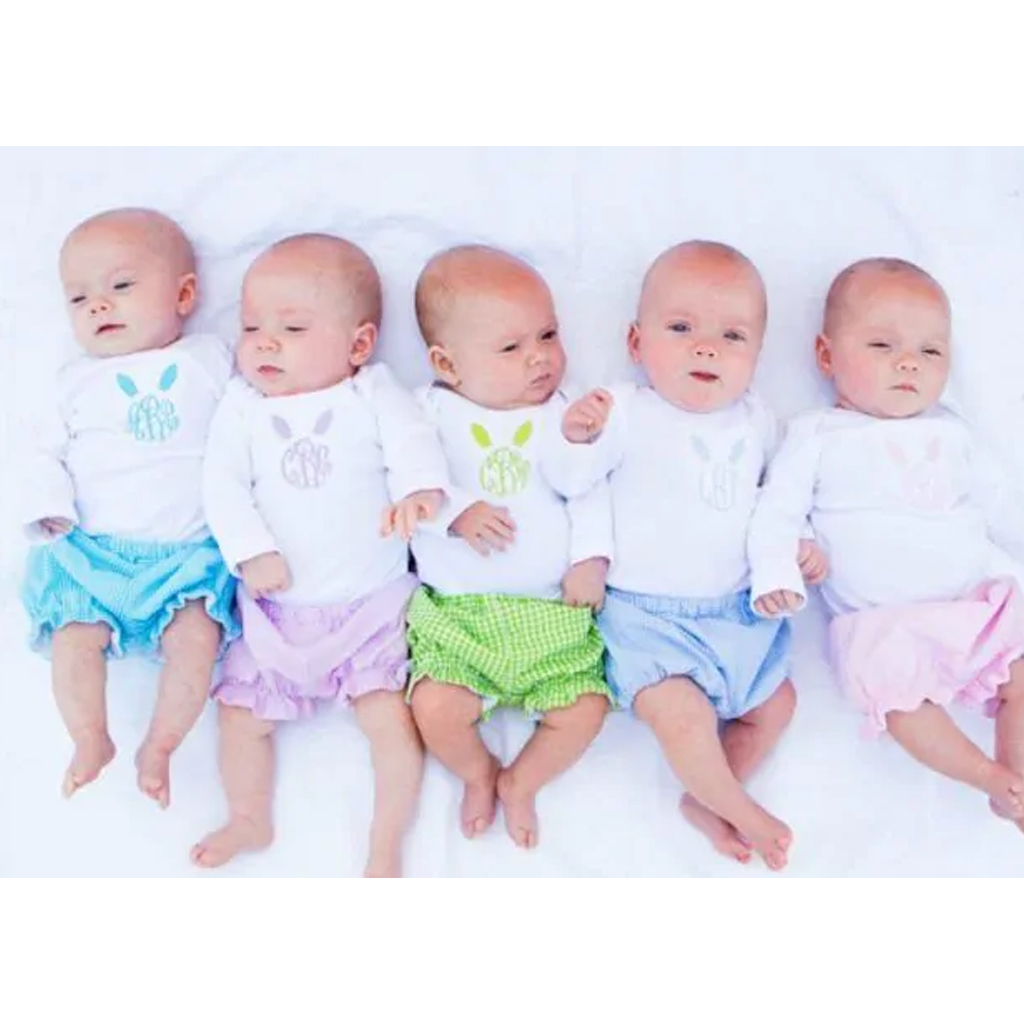 “There are a lot of things on the market now that make it easier to feed two at a time… chairs that you can put them in, ‘table for two.’ We have two of those,” Margaret said. “There are bottle props that help the kiddos hold their own bottles, so you can prop up one kiddo and move onto the next, and then come burp them halfway through.”

Let’s Play! Weekly activities for your baby’s first year
2022-06-17 0 Comments
Your baby learns about the world every time they interact with you. You'll recognize your baby's first attempt at "play"...
Tabbed Widget