The community quarantine has given parents more time with the kids, but many fall prey to distracted parenting especially now that they’re working from home. While much has been said about the lifelong benefits a hands-on dad can give his child, one study found that doing the opposite may also have detrimental effects: fathers who spend less time with their kids risk raising bullies.

A researcher from Vanderbilt University in Tennessee, USA, says that children’s perception of the time their fathers are spending with them has a big impact on bullying behavior.

“Our behavior is driven by our perception of our world, so if children feel they are not getting enough time and attention from parents then those feelings have to go somewhere and it appears in interaction with their peers,” says study author, sociologist, and licensed psychologist Andre Christie-Mizell. 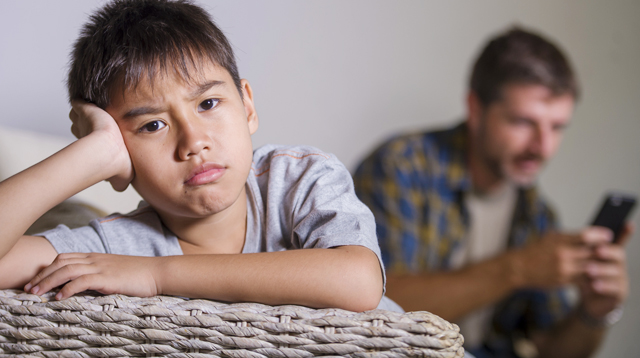 How time with dad influences kids

At first, Christie-Mizell though that a mother’s work hours would have a bigger impact on children exhibiting bullying behavior since they are the ones who traditionally care for and monitor their kids. But he soon realized that it was when fathers worked full-time or overtime, and children thought they are not spending enough time with their fathers that bullying behavior increased. This behavior included being cruel to others, hanging out with kids who get in trouble, having a very strong temper, and not being sorry for misbehaving.

A mother’s work hours showed “modest to no effect on bullying behavior.” According to Christie-Mizell, it might be because kids already think that moms are more accessible because they are the primary caregivers and family managers. “What this research shows is that while it’s equally important for kids to spend time with both parents, fathers need to make an extra effort,” he tells Science Daily.

So how can dads turn things around? Christie-Mizell suggests scheduling “purposeful” interaction with the kids so children can look forward to and know that the set time is their time with dad. For example, kids can have weekend breakfast dates or playtime with their fathers, instead of running random, last-minute errands.

“Children need to know they have this scheduled time and it’s important for fathers to try to keep the schedule as much as possible,” Christie-Mizell explains. “If fathers have to miss, then it’s also important that they explain to the child why they have to miss their schedule time and how what they are doing affects their family.”

When our children’s basic needs go unnoticed, they will resort to negative attention-seeking behavior to shine a light on their needs. Often, this bad and aggressive behavior is also a result of how we treat them. Another study, whose focus was on twins, found that the twin who was treated more harshly and who was given less emotional warmth exhibited “callous-unemotional” traits, which include lack of empathy and moral compass, and are more likely to show aggressive behavior.

Dads, take advantage of the quarantine to really be there for your kids. Put down your phones, disconnect, and give them your quality time and attention. Even just a few hours with them can have a big impact — try it!

Mom With Giant Baby Bump Gives Birth To The Heaviest Twins In Scotland’s History
2022-07-09 0 Comments
Kaius and Troy Merrie – the heaviest twins born in Scotland. The boys weighed in at 16lb 13oz between them....

Young Mum Gives Birth To Surprise Triplets, While Taking The ᴘɪʟʟ- Beats Odds Of 25,000
2022-05-11 0 Comments
Christie Fletcher, 22, said she had been taking the ᴏʀᴀʟ ᴄᴏɴᴛʀᴀᴄᴇᴘᴛɪᴏɴ ‘ʀᴇʟɪɢɪᴏᴜsʟʏ’ at the same time every day. But despite...