Meet the couple who were told that it was unlikely that they would ever be able to carry their own children but stunned doctors by having twins and then triplets two years later and now have five children under the age of five. Full-time mum-of-five and part-time online teacher, Nadia Sherwin (29), from Dallas, Texas, USA, always knew that she wanted to be a mum. She and her husband, Robbie (32), married in 2012 and started to try for a baby. After a year of struggling to conceive naturally, Nadia’s doctor became worried as they were both fit, young and healthy, so he ordered some tests to be carried out. 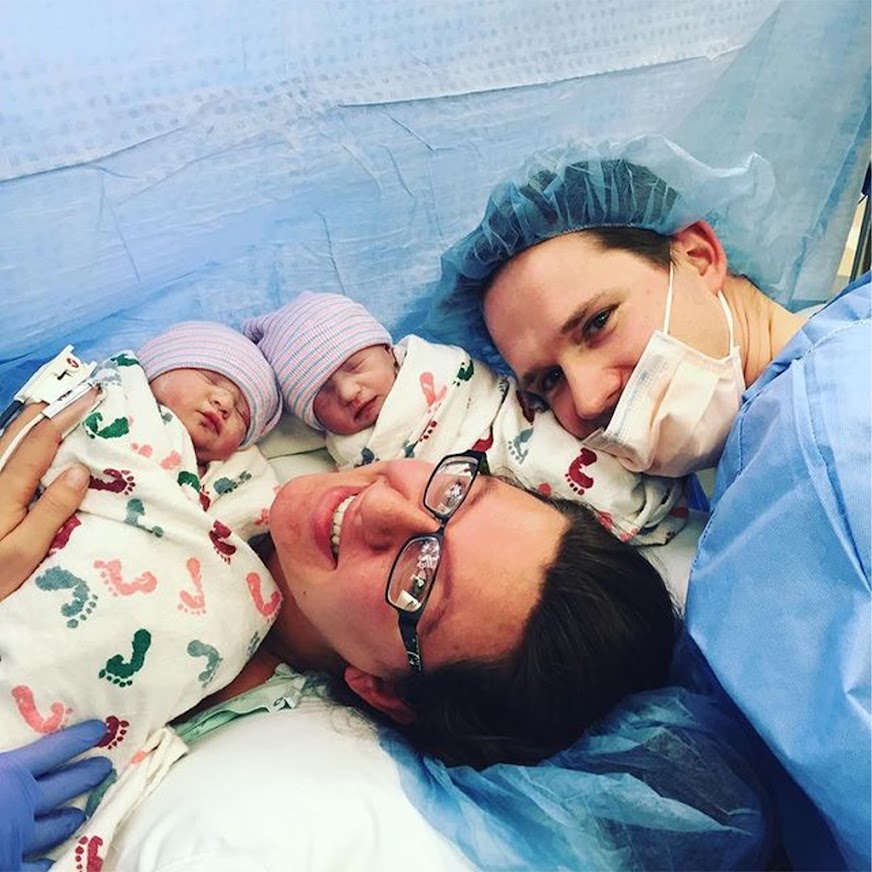 It was revealed that Nadia had polycystic ovarian syndrome. It was unlikely that she would be able to carry her own children. So she started oral medication for 11 months, which didn’t work and left her feeling very sick. Determined, Robbie and Nadia decided to try an injectable hormoneand were thrilled to learn that her body responded well and she fell pregnant within a month. 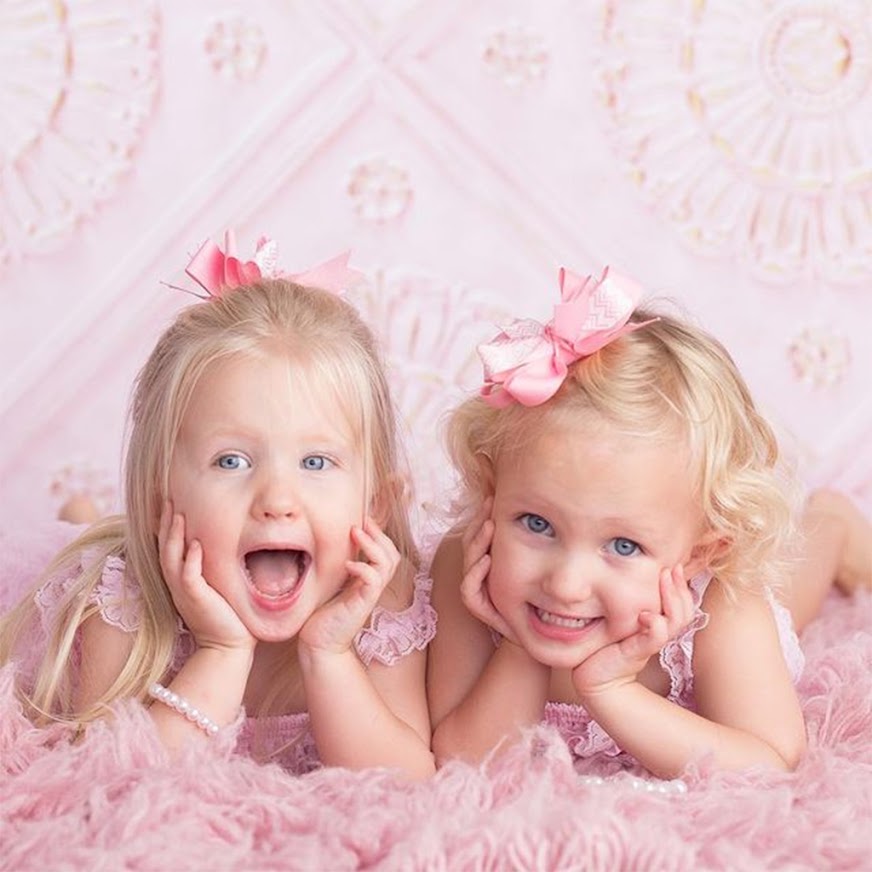 At her first ultrasound, the couple were overjoyed to hear they were expecting twins, Amari and Keona, who were born via C-section in January 2015, weighing 5lb 2oz and 4lb 3oz respectively. After Amari and Keona were born, Nadia and Robbie decided they would like a sibling for their girls. “We had a strong and indescribable feeling that each of the babies was meant to be on this Earth. We live our lives confident that God does not make mistakes,” Nadia said. 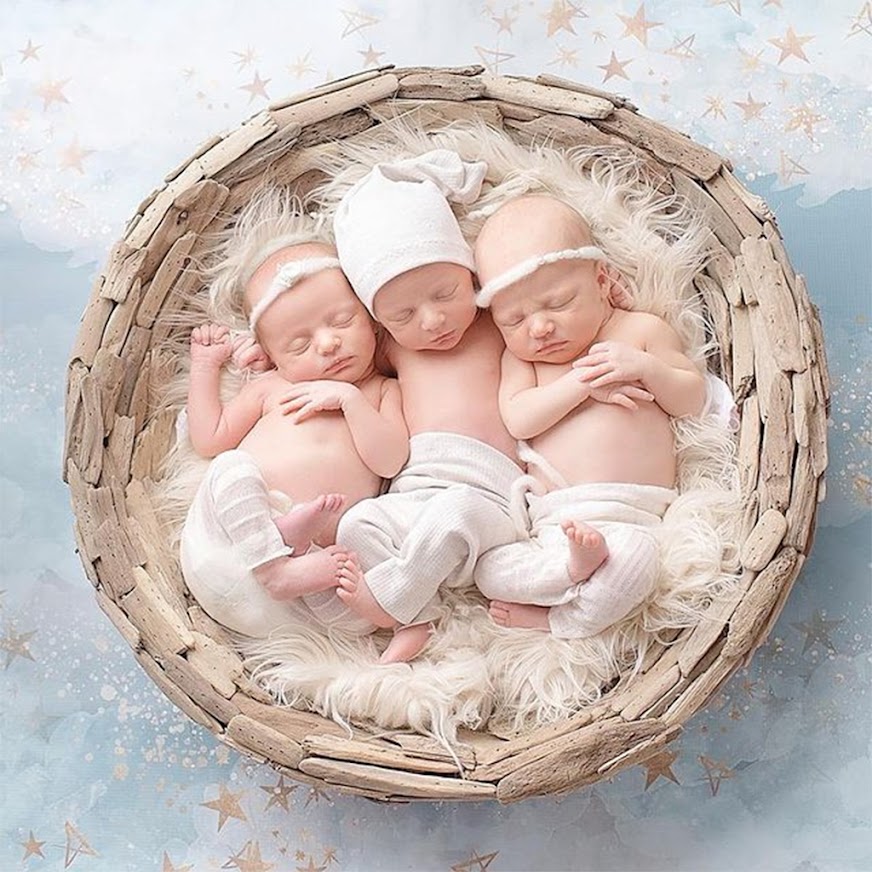 Incredibly, Nadia and Robbie found out they were pregnant within a month, and at her ultrasound scan were shocked to discover they weren’t expecting just one baby, but three babies. Doctors offered them the option of selective reduction for Nadia’s safety during the pregnancy, but they declined, knowing that they were destined to bring three more healthy children into the world. Mila, Colette, and Noah were born at 35-weeks in April 2017, weighing almost five pounds each. 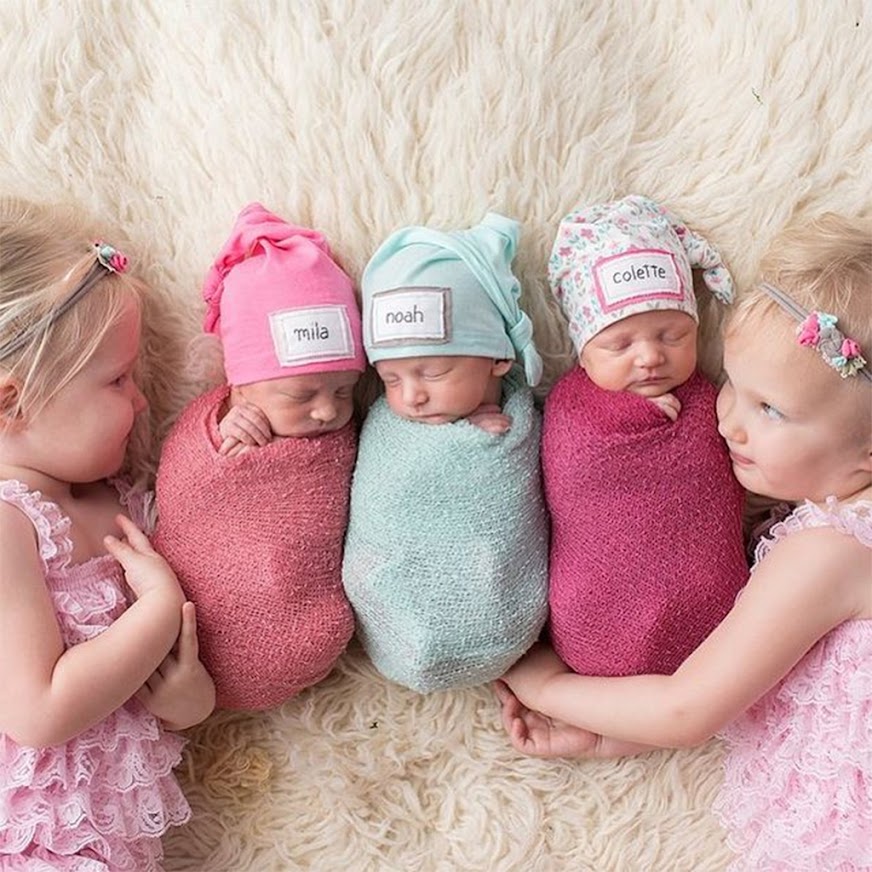 Nadia and Robbie are busy being parents to five children who are all under the age of five, and strangers are overjoyed to see them when the whole family goes out together. Despite having their hands very full, Nadia says that they would never rule out more children if the opportunity arose. 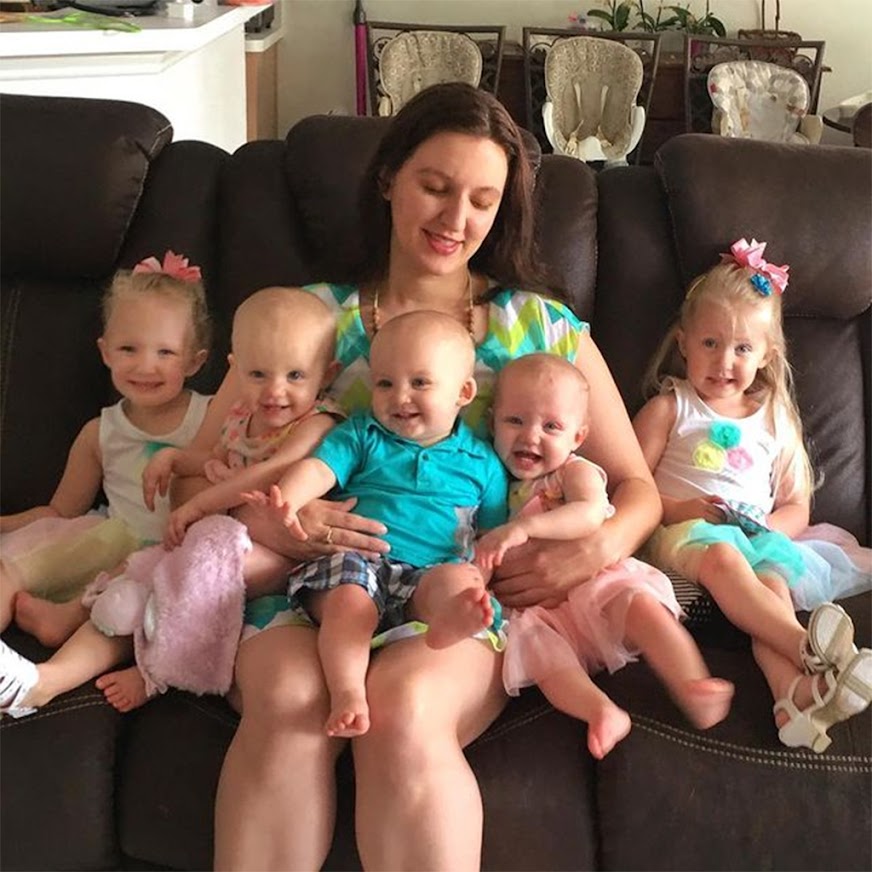 The pair set up their family Instagram and YouTube pages to celebrate their sometimes chaotic lives and have since connected with thousands of others from around the world. “We do everything as a team, and parenting five under three when we first brought the triplets home was a true test of our teamwork. Sometimes tasks we have to divide and conquer, other tasks we take on together as a team,” said Nadia. “I know that even though it can become stressful at times, it has made us fall more in love with each other. We believe that everything in life happens for a reason, and if there ever came a time where we were blessed with another child, we would welcome the blessing whole-heartedly,” she added.