Two 7-month-old twins won our hearts with the special bond they have developed between them. A video that made the rounds of the internet shows that the siblings are inseparable and sleep every night in their arms. If, in fact, you try to separate them, they make the place cry. 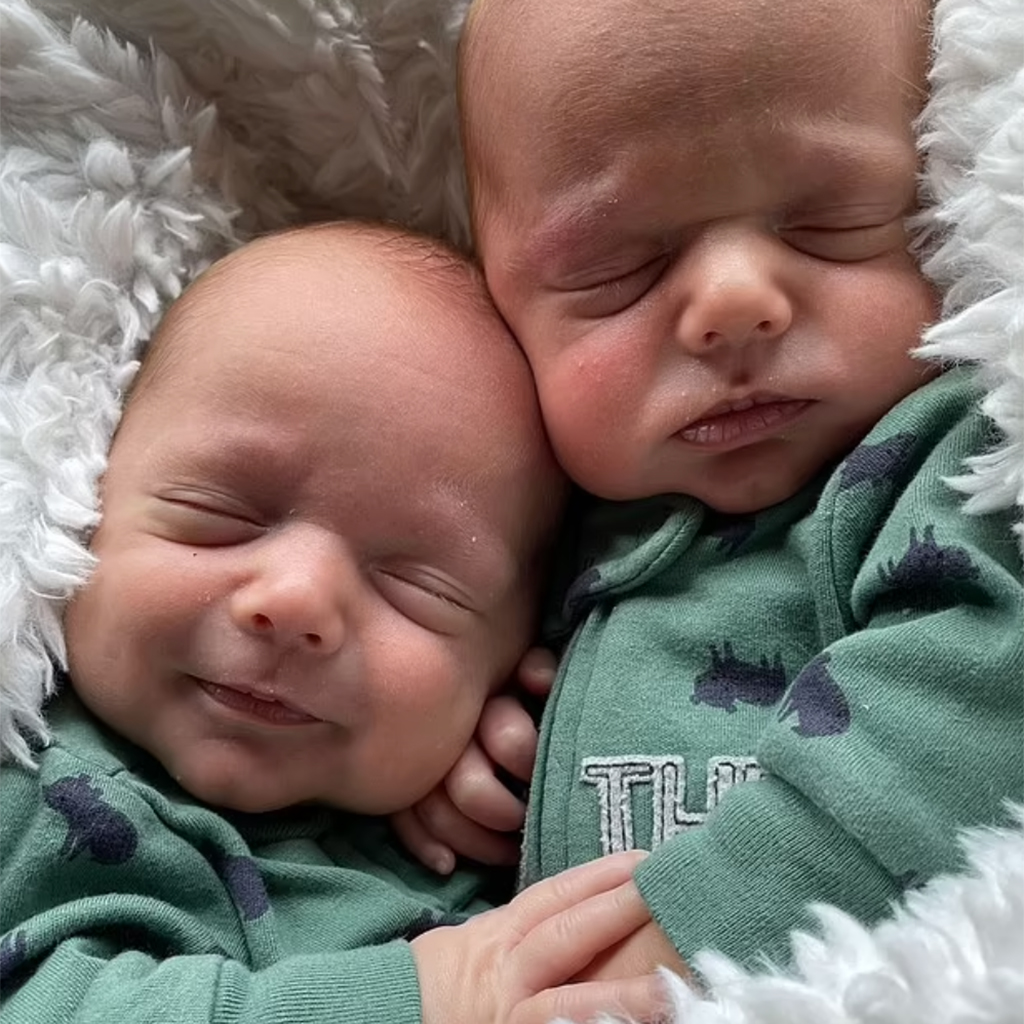 Their mom, 27-year-old Brenna Grund, said her sons, Lane and Lennox, have spent just one night apart as the two siblings find warmth and comfort in each other’s arms. However, the practice is not recommended by the American Association of Pediatrics, which says bed-sharing between siblings should be avoided. 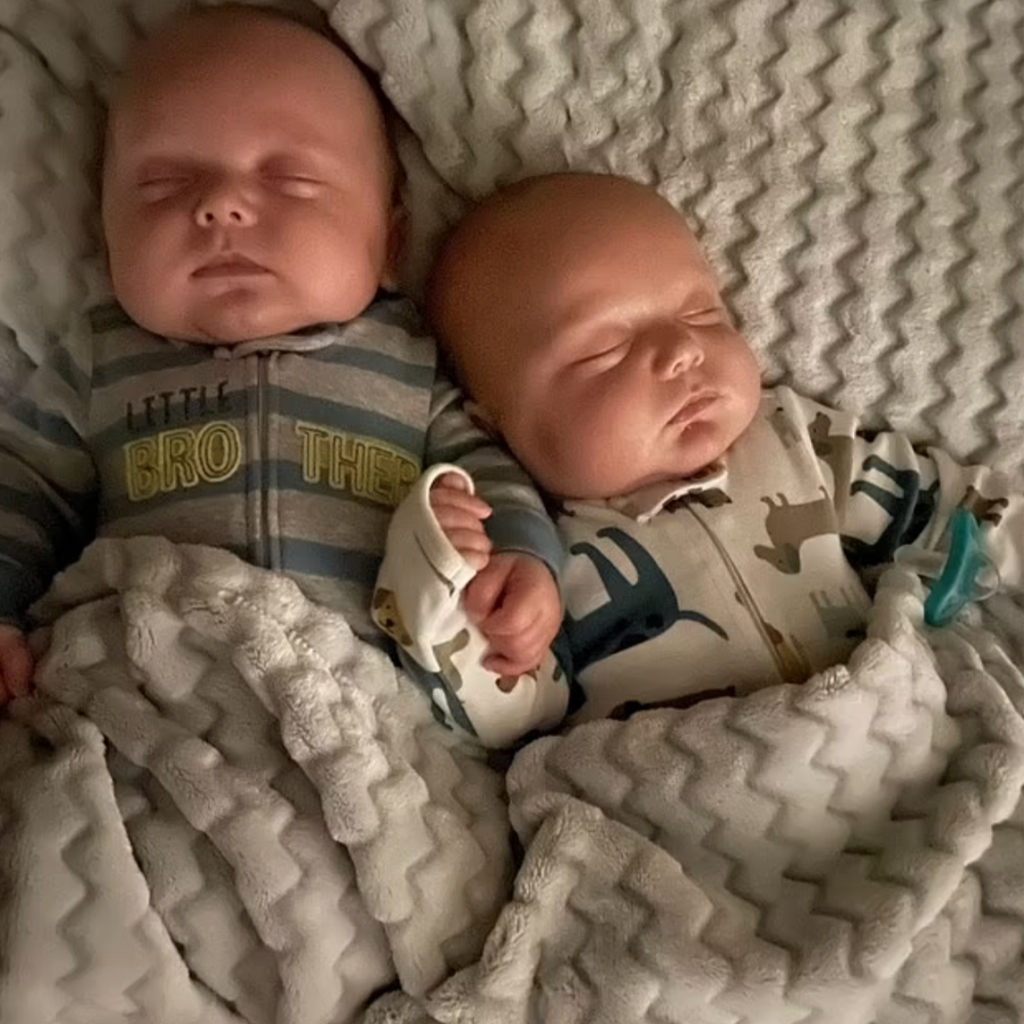 After some ᴄʀɪᴛɪᴄɪsᴍ Brenna received on Tik Tok for letting the twins sleep together, she decided to show what happens when she tries to separate them. 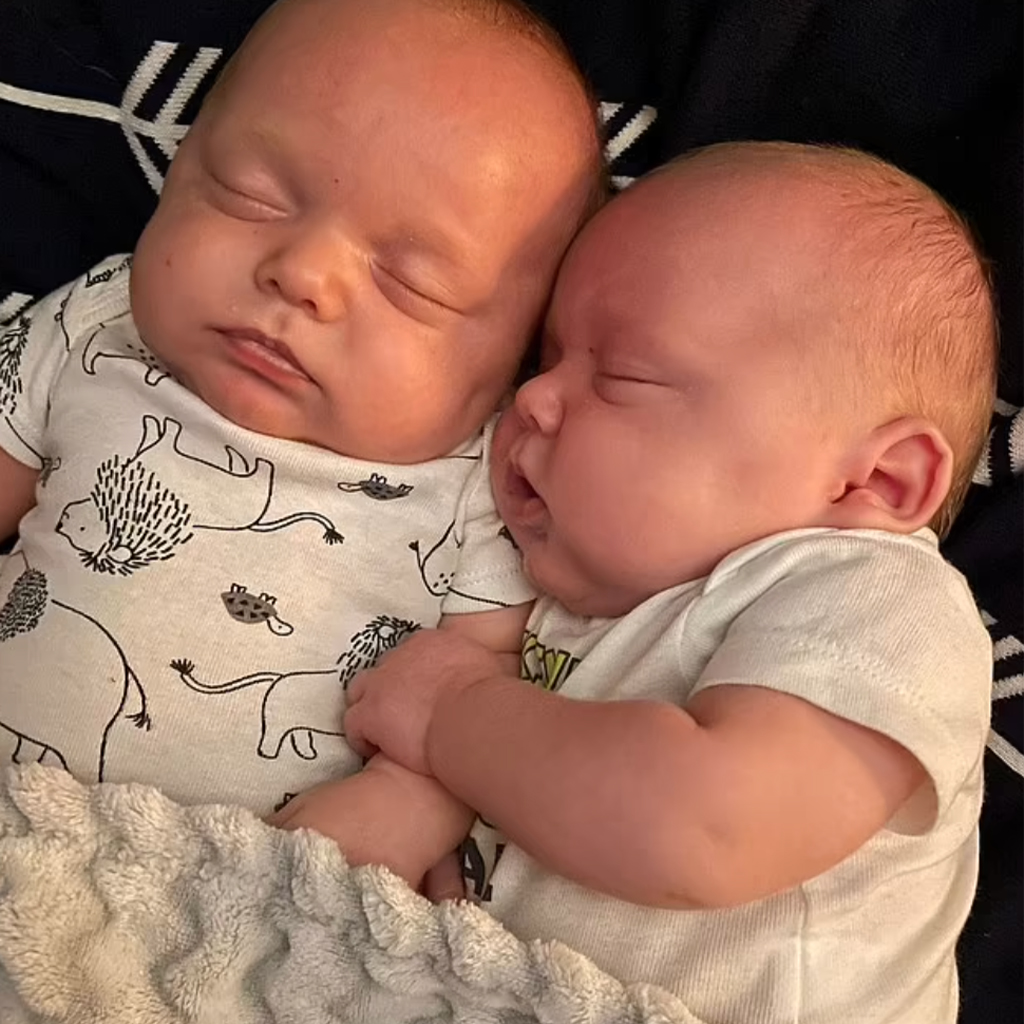 “My heart becomes a thousand pieces from their loud crying every time I separate them. They do not calm down until I put them next to each other again, where they fall asleep in two minutes.” The video she uploaded confirmed what she said, while other posts show her tying the boys when they play and laugh together. 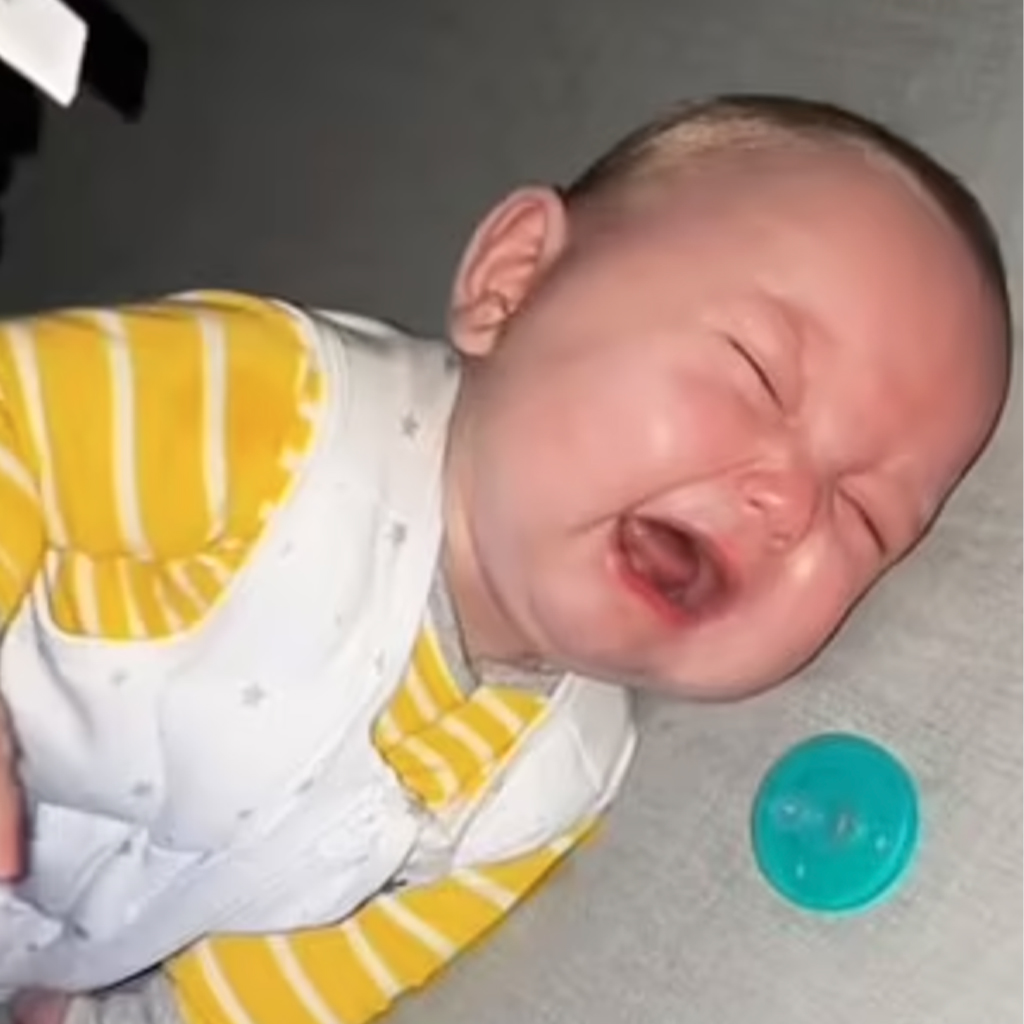 The mother, who has a total of 4 children, told her ᴄʀɪᴛɪᴄs that she does not believe in the “do not cry” method used by older generations and does not want to separate the twins at bedtime until they get used to sleeping alone. 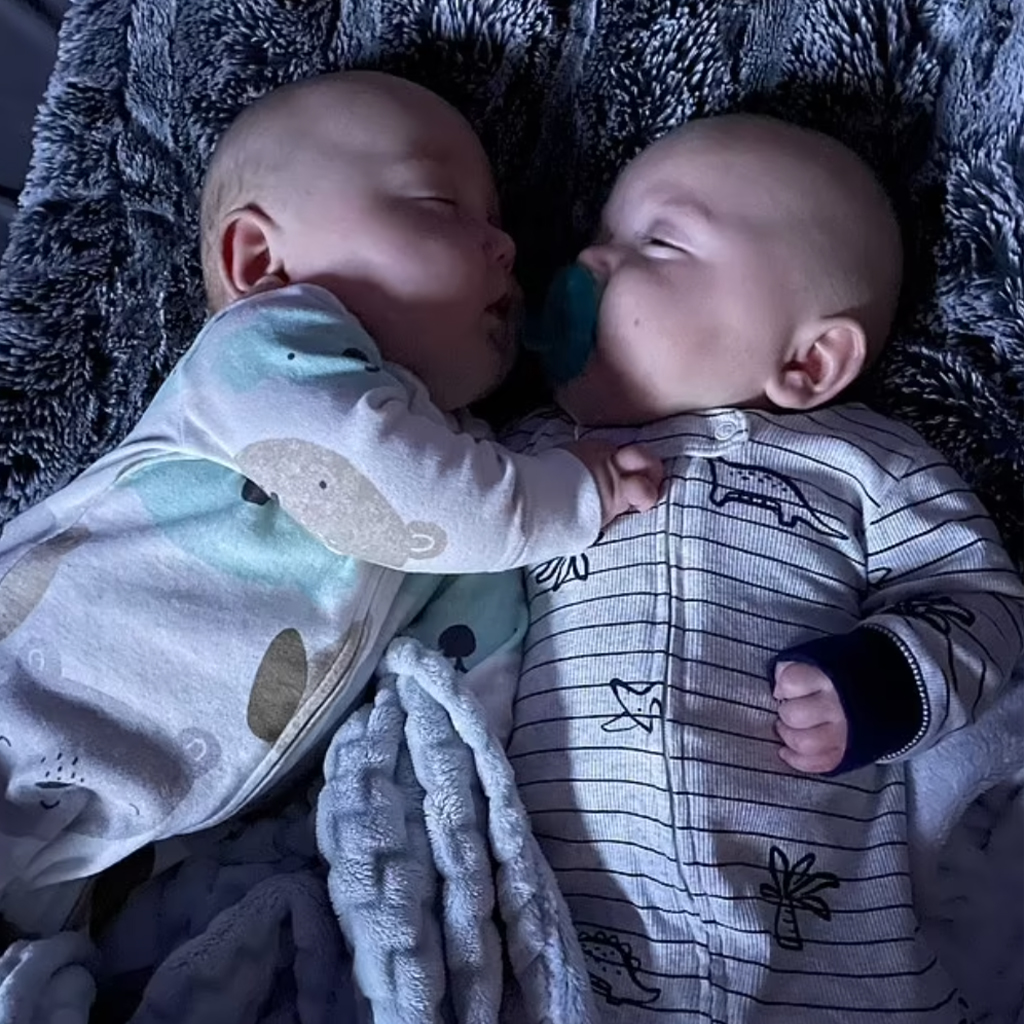 “It is very soothing for them to hug each other and hold hands. It’s something they’ve been used to since they were in my ᴡᴏᴍʙ,” she said. 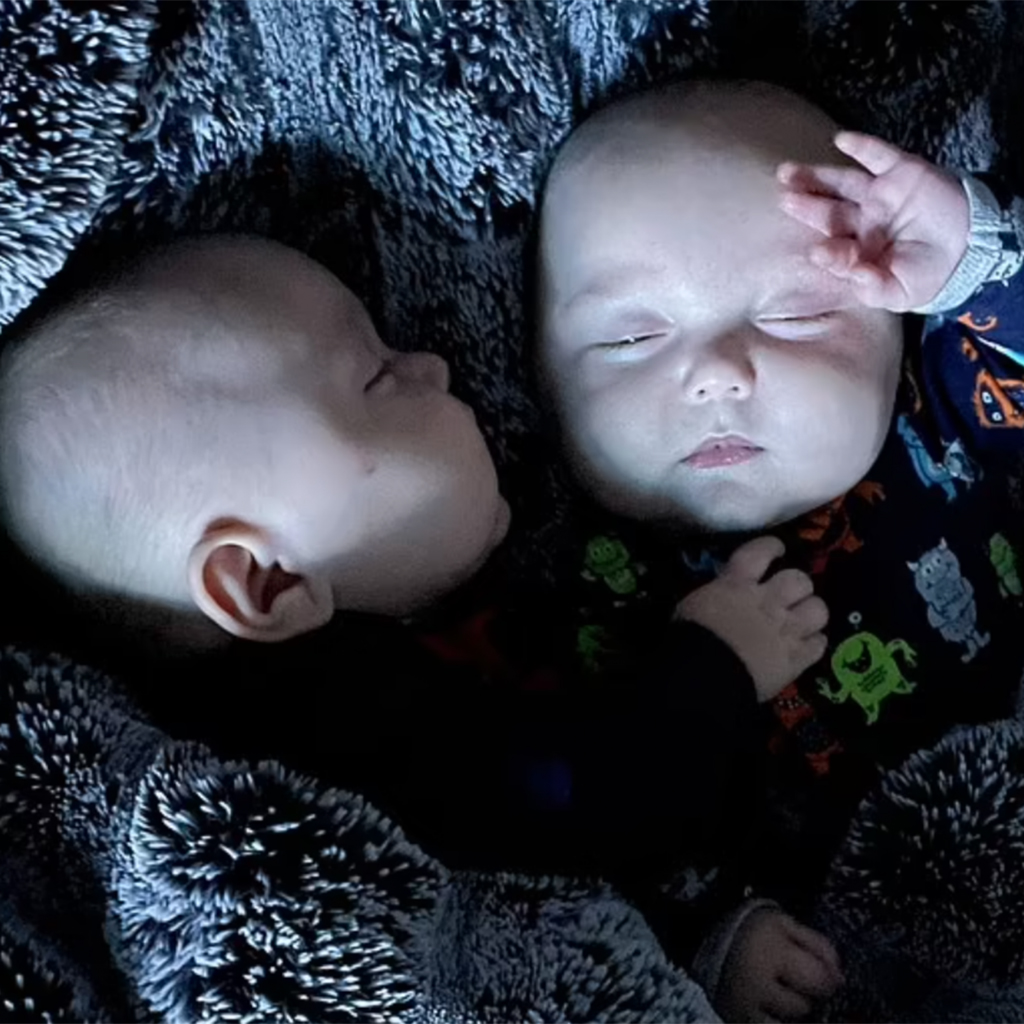 As for the bonds between her children, she says that they are very special and assumes that only those who have twin brothers can understand them.