The television commercials that depict mother of a just-born are erroneous. Love overflows as it oozes out of every cell, tears of joy trickle down, mothers are speechless, dumbfounded at just having won the medallion of life! Do the mommy-centric commercials portray the truest reaction? I always wondered (and still wonder). And was later surprised that the outpouring of emotion at the instance of being introduced to my child in the delivery room didn’t happen in my case.

It happened much much later. But the first instance was as good as seeing a little stranger for whom I could feel some warmth. The sudden gush of affection felt like a great contrast. It was more like saying, “Welcome to the world,” a little bit of helloing, and maybe I helloed (although can’t remember). The vague images from the scan report during the routine visits had seemed like just another handout from a biology class. It was more or less a reminder of the fact that the zygote was growing. Embryogenesis. Any embryology aficionados out there?

Well, on the rear side is this:

1. You Will Want A Roman Nose For Your Child:

It was valid in my case, considering I kind of have a long nose. So when the little thing was being laid next to me, my eyes followed the direction of the nurses. The first thing that I obviously looked out for was the nose. Snub nose! What? Erroneous again? No! The further I gazed, I realised how beautiful this little being was. Her nose could best be compared to that of Elisabeth Taylor’s snub nose if not with that of Marylin Monroe’s narrow nose. And still garner a mass appeal. But was I good at figuring out the facial features of a newborn, let alone conclude which parent the newborn resembled, even if I had to talk of my child, especially given that the features change as the baby grows!

2. A Multitude Of Thoughts:

Then there were fleeting thoughts of philosophy. The goodness of innocence. As my baby slept through, I had nothing better to think about. What a pretty being! A moon-like face! The folds of her skin, the tenderness and the idiosyncracies of a new-born – everything made my heart melt.

It no longer mattered what nose she had, what color she was, whether she was born with a lot of hair or whether she took after mamma or papa. 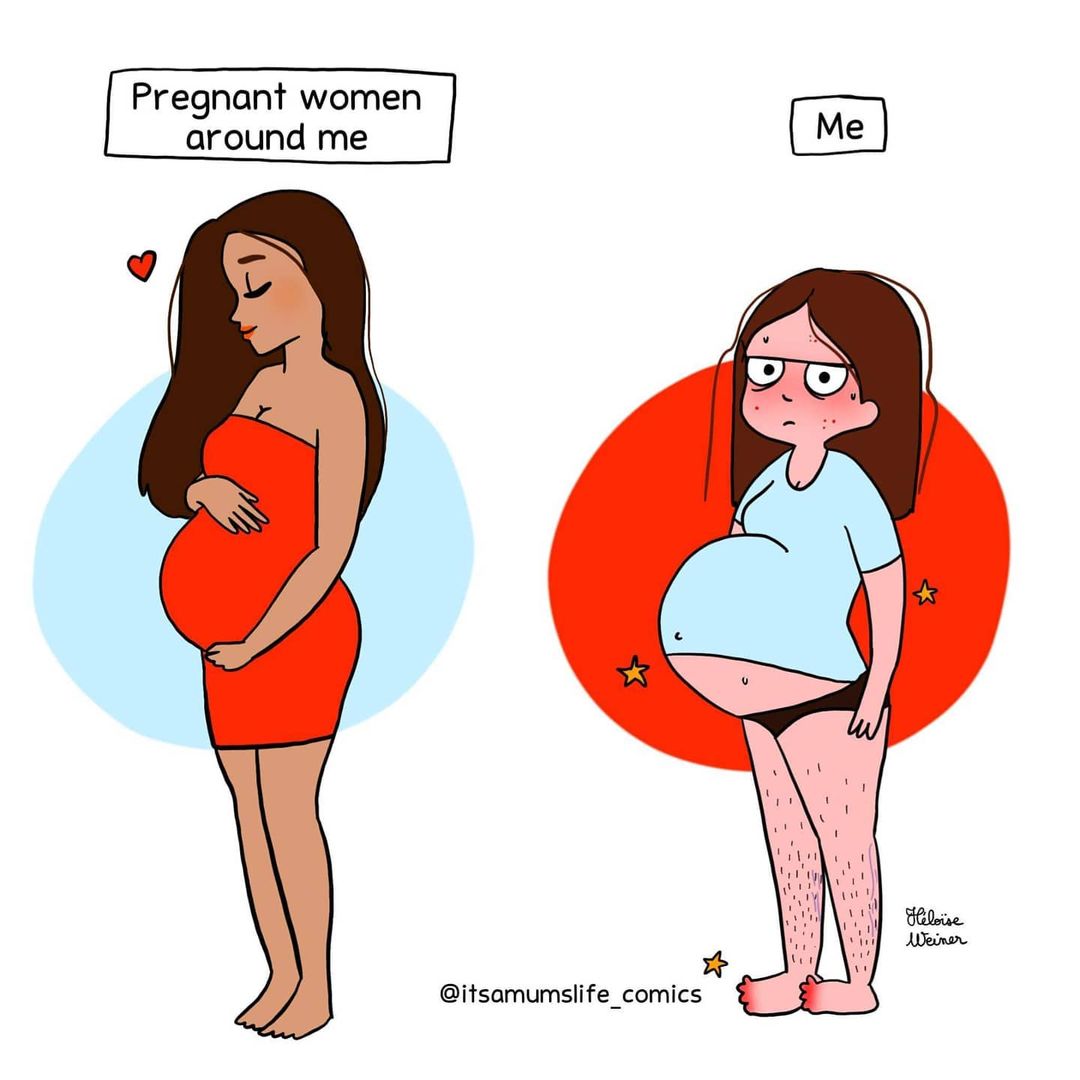 4. The Maternal Love Creeps In:

It had taken me nearly 24 hours to start liking my precious one. In the interim, I knew in the corner of my heart that she entered my life as an angel. But the liking had just started getting a bit deeper.

That erupting of maternal affection happened a week or two after she was born. It was when she had visitors one day. She had stolen everyone’s hearts. Quite a stunner she turned out to be. But even before I understood this, I had grown misty as everyone went mollycoddling her.

6. The Pregnancy Hardships Are Worth It:

You feel blessed to have gone through what you went through for this priceless darling. The very sight of your baby makes you forget the hardships.

7. Your Bond With Your Spouse Will Grow Stronger:

Your spouse will receive the child well. And eventually fall in love with it like you did. You won’t know when. But you can’t stop thanking how the arrival of the child strengthened the bond between you two as a couple.

Months on now, I don’t regret the slow-growing bond. It has come this far, and it will grow further. Just like her little nose that has grown longer into the Roman type now 🙂

10 Ways Parents Unintentionally Harm Their Children
2022-06-20 0 Comments
Parenting is a difficult task, and while we want the best for our children, none of us are void of...