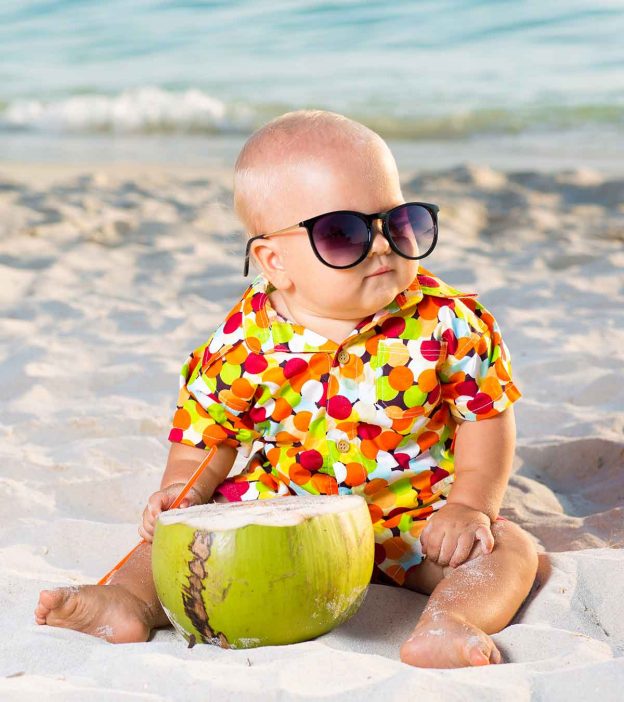 Naming a baby boy is quite a big responsibility for parents. Exotic names for baby boys are sassy and make your little one stand out from others. Sounds fun, right?

But picking the right one with a beautiful meaning can be a draining task when you have many names to choose from. In this post, we share some cool and exotic names from around the world to pick for your baby boy.

Avel is the Russian version of the Hebrew name Abel.

Axel is a Danish name meaning ‘father of peace’. The popularity of this name has been rising steadily. It ranked 167 among top baby names for boys in 2014.

Name your kid after a mythical bird that rose from ashes. It will inspire hope and idealism in your child. The name is both classic and exotic.

Do you love the name John, but prefer something unique for your child? Then you can consider Zane, a Hebrew version of John. The name means ‘Gift of God’.

The name Jett comes from a black semi-precious stone Jade. The name is perfect if you are an adventure freak and an exotic boy names too.

If you like the name Michael, but want a twist, then name your child Mekhi.

Rasmus is a variation of the ancient name Erasmus. Erasmus was a Dutch philosopher of Estonia, Finland.

Ren is a unisex name popular in Japan. It means water lily.

Santiago is a Spanish name meaning “Saint James”. The name is very popular among Hispanic and Argentinean parents. Santiago is also a place.

Sem is a favorite name among the Dutch. It is a variation of the Biblical name Shem, who was the son of Noah. Sem is an alternative to Sam.

The pronunciation of this name is way simpler than its spelling suggests. The name Thijs rhymes with nice. Thijs is very popular in Netherlands.

Rocco is an Italian name that is among the top 500 names for baby boys. Even though the name Rocco means rest, it does not sound sleepy at all.

Americans see this Scandinavian name as old-fashioned, but Lars is very popular in Sweden, Netherlands, and Belgium.

The name Lazar is a version of the name Eleazar, which means ‘God helps’. The name is very popular in Serbia. The other forms of Lazar-Laszlo, Lazaro, and Lazarus are also popular in the United States.

Leon may not be very popular in other places, but is a top name in Germany. With the resurgence of lion related name, even this one has a chance. This name comes in the category of exotic names for boys.

The exotic baby boy names get more unique. Devin is an exotic name with an utterly romantic sound. It is a great choice if you are looking for a unique and cool name for your child. It means ‘helper’.

Don’t you think Linus is a musical name? Linus is a mythological name popular in Finland.

Bran is a cool and exotic name that does not sound over the top. The name is easy to spell too. The meaning of Bran is ‘raven’.

Lucan is a popular name in Europe. It is a substitute for Lucas and Luke. Luca is a unisex name.

If you are looking for an uncommon variation of Mathew, then you can consider Mathis. You need to pronounce it as Mat-Tees.

If you are a fashion lover, then you can name your child Milan. Milan is the name of Italy’s fashion capital. The name is popular in Belgium and Rome.

If you are looking for a name with a spiritual background, then Ethan will make a great choice. The Biblical exotic boy baby names means ‘the gift of the island’.

If you want a short and sweet name for your boy, then you can opt for Per, the variation of the name Peter. The name is simple yet exotic, an amazing combination.

The name Akio has a beautiful sound and an interesting meaning. It means ‘a bright man’.

Zenon is a variation of the name Zeno. It is a Greek name related to Zeus, the supreme God in Greek mythology. The name means ‘great thinker’.

Umberto is a popular Italian name meaning ‘bright bear cub’. It is an Italian version of the German name ‘Humbert’.

If your child arrived in your arms in the month of monsoon, then you can name him Mazin. Mazin is an Arabic name derived from the Arabic word ‘muzn’, which means ‘rain’.

Jibri is a name popular in Africa and the entire Arabic speaking world. It is an Arabic form of the Hebrew name Gabriel.

The exotic name Azrael is of Hebrew origin. It was the name of an angel in Jewish and Muslim belief.

Amit is a simple, yet exotic boys name name popular in Israel and India. The name may be unknown in the English-speaking world, so it will make a unique name for your kid.

Dmitry is a variation of the name Demetrius. It is a cool and exotic Greek name. The double consonant beginning of this name makes it even more intriguing.

The Latin name Emil has a friendly appeal to it. It is popular among parents from different ethnic backgrounds.

Enzo is an Italian version of the name Henry. You can also use it as a short form for names ending in –enzo like Vincenzo and Lorenzo.

Fabian is an ancient saint’s name meaning “one who grows bean”. The name got a widespread exposure through an American doo-wop singer- Fabian Forte.

Florian is a popular male name in Austria and Germany. It is a name inspired by a female name Florence. Florian means ‘flowering’.

Francesco is the most popular baby boy name in Italy. It is a variation of the name Francis. Francesco means a ‘free man’.

Hans is a diminutive of the names Johannes. It means ‘God is gracious’.

Ivan is a form of the name John. It is very popular in Belarus. If you have European roots, then you will love this name for your child.

Killian is an Irish name meaning ‘church’. It is also the name of several Irish saints. It is a trendy name in France and is gaining popularity in the United States too.

Lachlan is a Scottish name popular all across the world.

Daan is a short form of the Scandinavian name Daniel. It is the most popular name in Netherlands and among the top ten in Belgium.

Anders is an Old Country version of the name Andrew. It is a Greek name meaning ‘strong and manly’. The name Anders is very popular in Sweden.

If you are looking for an exotic version of Alexander, then Alessandro can be your pick. The name became popular due to Alessandro Volta, an influential physicist known for the invention of the battery.

Alfie is the 11th most popular boy’s name in the United Kingdom. The name became popular due to the cult comic series “Archie”. You can also choose Alfie as an ultra-trendy nickname for your child.

Sylvester is another exotic name that you can pick for your child. It was also the names of three early popes and became popular due to the Italian Stallion hero of the Rambo movies.

Here is an unusual name for your baby boy. Ozias was the name of several minor figures in the Bible.

It is the name of a 7th-century saint who established a scholastic monastery near Dublin. Kevin means ‘handsome’.

Humphrey is a royal and exotic name in Britain. It came to England after the Norman Conquest.

Miller is a stylish name popular in the United States. Miller is also popular as a surname.

Ammiras is a classic name with a modern appeal. It is related to Amir and Amira.

Exotic boy names set your child apart from other children with common traditional names. You may give a unique name to your baby boy based on his personality. It is also possible to find exotic names with deep meanings, which are synonymous with popular or religious names in other languages. Unusual names could compel anyone to pay attention to the name and person as soon as they hear it. You may also try popular names in other languages or places but unusual in your native language or residence.

Mom Gives Birth to Baby in the Front Seat of A Car
2022-06-23 0 Comments
Childbirth is a natural event that has been going on since the beginning of time. So don't panic and trust...

Understand Your Baby Better With These Signs
2022-07-03 0 Comments
What do the biz arre head ban ging and the adorable eye rubbing mean? Why is your baby suddenly acting...
Tabbed Widget